Showing posts from March, 2011
Show all

CalSTRS' shortfall grows to $56B

AP reports, California teacher pension shortfall grows to $56B:
The pension system for California's teachers has $56 billion less than it needs to cover the benefits promised to its 852,000 members and their families, the fund reported Thursday, as big investment losses in 2008 continue to reverberate.The drop in value was enough to trigger an automatic increase in the amount the state must pay into the California State Teachers' Retirement System, which is the nation's second largest public pension fund. That will boost the payment from California's already strained general fund by 20 percent — from $573 million to $688 million — in the fiscal year starting July 1.The pension shortfall as of June 30, 2010, was $15.5 billion greater than it had been a year earlier, CalSTRS officials said. The fund had expected the shortfall to be even greater, but educators received smaller raises than projected, reducing the ultimate amount of their retirement benefits, an…
Post a Comment
Read more 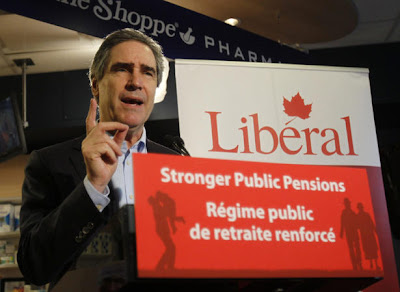 Another federal election campaign in Canada (sigh!) and this time pension politics are front and center. Les Whittington of the Toronto Star reports,Liberals propose supplementary public pension plan:
A Liberal government would earmark an extra $700 million a year for low-income seniors and create a supplementary public pension plan to help Canadians save for retirement, Liberal Leader Michael Ignatieff says. The party’s proposed expansion of the Guaranteed Income Supplement would provide the poorest of seniors with an extra $650 a year, Liberal officials said.If elected, the Liberals would also quickly open discussions with the provinces to gradually increase premiums and benefits of the Canada Pension Plan, the party announced.“Canadians who work their whole lives to provide for their families deserve a secure retirement,” Ignatieff commented during a campaign stop in Vancouver.He said the situation is urgent beca…
Post a Comment
Read more

Record US Employer Contributions In 2010 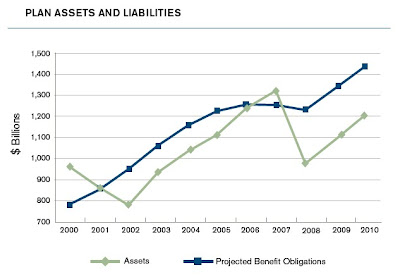 Joan E. Solsman of the Dow Jones Newswires reports in the WSJ, Large US Pensions Saw Record Sponsor Contributions In 2010-Milliman:
Large U.S. pension plans experienced record sponsor contributions last year, consulting firm Milliman Inc. reported in a study, saying a decline in discount rates fueled record levels of pension expense and cash contributions. In its study of the 100 largest defined-benefit pension plans, Milliman said the pensions went into the year expecting to make contributions of $30.3 billion collectively, but the final number almost doubled that estimate, rising to $59.4 billion. Funded status for 2010 "changed only modestly," Milliman said. In August, falling interest rates drove up the projected benefit obligation and resulted in the largest deficit since the firm began the annual study 11 years ago. The plans had asset returns of 13% last year offset by a liability increase of 7.7%, and asset allocation didn't change significantly, Mil…
Post a Comment
Read more

Have Hedge Funds Grown Too Large? 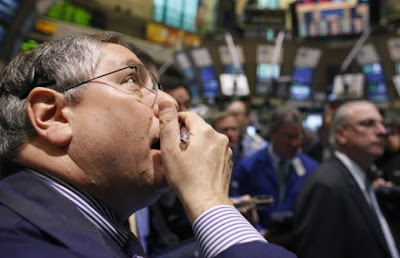 The Vancouver Sun published an article from Laurence Fletcher of Reuters, Have hedge funds grown too large?:
The hedge fund industry's strong rebound from the credit crisis has prompted investors to ask whether some funds have grown too large and inflexible to keep delivering bumper returns for which the sector is famous.
The growth of big funds -- helped by strong returns during the credit crisis and some clients' belief that risks are lower than in start-ups -- helped push industry assets to $1.92 trillion at end-December, close to the all-time high in 2008, according to Hedge Fund Research.However, with the growth of big funds has come the old question of whether they could be stuck if another crisis hits, whether liquidity forces them into less profitable markets and whether their prized trade ideas will be discovered by rivals."By definition a supertanker can't be as nimble as a speedboat," said Ken Kinsey-Quick, fund of hedge fund manager at Thames River, par…
Post a Comment
Read more 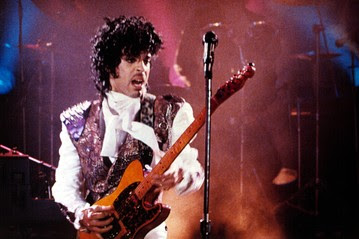 On Sunday morning, I watched an interview on CNN's State of the Union with Candy Crowley (see video below or click here to watch it). The interview was on the US economy and the guests were two two former directors of the Congressional Budget Office, Alice Rivlin who's now a Brooking's expert, and Doug Holz-Eakin, president of DHE Consulting, LLC.

Not surprisingly, both Ms. Rivlin and Mr. Holz-Eakin were talking about cutting spending, especially entitlement spending, but they also addressed the impact that the crisis in Japan and the Middle East unrest are having on the global economy. At one point, Candy Cowley asked about the recovery in the US economy. Here is part of the exchange taken from the show's transcript (added emphasis is mine):
CROWLEY: Alice Rivlin and Douglas Holtz-Eakin, thank you both so much for joining me.

You know, every time we watch the stock market, the analysts say, well you know, the oil did this and, therefore, the stock market's done …
Post a Comment
Read more
More posts