A Conversation with Jean Turmel 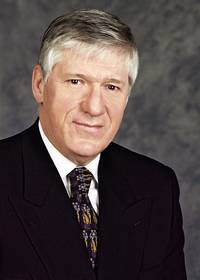 On Wednesday afternoon, I had the pleasure to meet up again with Jean Turmel, president of Perseus Capital Inc., and former president of Financial Markets, Treasury and Investment Bank for the National Bank of Canada. Mr. Turmel is also the Chair of the Investment Committee at the Ontario Teachers' Pension Plan.

Mr. Turmel was kind enough to meet up with me, and I took advantage to have a thought provoking conversation with him. I've met many people in the investment world, but very few stand-up gentlemen like Jean Turmel. This man is part of rare elite in the investment community. He is old school, very knowledgeable and very much in tune with what's going on in the markets. Ontario Teachers' is lucky to have him on their board.

Right off the bat, Mr. Turmel warned me: "I'm an investment guy, not a governance guy". No problem, I can talk about markets all day long, especially with someone as sharp as him.

We started by talking about the recovery going on in the US. "Most of this is just fiscal and monetary stimulus, once it wears off, growth will moderate."

On the larger question of inflation versus deflation: "If you asked me a few months ago, I'd say inflation is a bigger risk, but with what is going on right now in Europe, deflation is the bigger concern. Sovereign debt crises are very deflationary."

While I agree with Mr. Turmel, I told him that the Fed and the ECB will do whatever it takes to avoid debt deflation. If the choice is between debt deflation and inflation, they will opt for the latter, which is why they're still pushing the reflation trade allowing banks and hedge funds to bid up risk assets.

Mr. Turmel conceded: "You're right, it's very difficult to get out of debt deflation". But he added: "The Fed's balance sheet is a concern and so is the ECB's. If they start breaking rules, they will lose credibility, which is bearish for the euro. This is what you're seeing now."

On the issue of pensions, we went through a series of topics, which I will share with you in point form:
One thing Mr. Turmel wanted me to stress in my blog is that it's high time for financial reforms introducing more transparency in the OTC market. Mr. Turmel thinks that if we had a clearinghouse for interest rate swaps, we would use that interest rate as the true discount rate because "it's a more accurate reflection of the market rate." I agreed but told him the big banks will fight tooth and nail against such reforms.

We ended our conversation by talking a little about trading and life. I told him that it's funny to see trading rooms full of quants where you can hear a pin drop. Mr. Turmel responded: "Yes, it isn't like the Chicago pit days where you needed to be a good psychologist to read markets. Nowadays, it's all about arbitrage."

I said all this arbitrage based on quant models is leading to great market dislocations allowing discretionary guys like Soros to capitalize.

"Yes, but those discretionary managers need staying power to enter these trades."

Finally, I told him that due to my medical condition, I was thinking of getting into trading full time. He raised this concern with me: "The last trader I had that developed Multiple Sclerosis quit because he couldn't handle the stress."

I told him that my MS doesn't stress me, but "bullshit office politics" does. I added: "When it comes to markets, I can be analyzing them all day long, it's in my blood, it's my passion. I'd like to come into work with a bunch of people who are keen on making money, not office politics. We should be asking ourselves how much money can we make today?"

Mr. Turmel looked at me and said: "Wrong. On any given day, you should be asking yourself how much money are you willing to lose."

Lesson learned, Mr. Turmel. I thank you for being kind enough to meet up with me. You are a rare breed in an otherwise shallow and vacuous industry. (A friend of mine said it best: "Mr. Turmel is the Jean Béliveau of the investment industry).