A New Plan for Valuing Pensions? 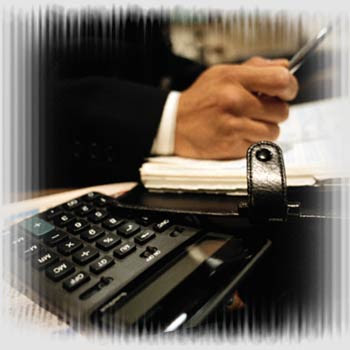 Mary Williams Walsh of the NYT reports, A New Plan for Valuing Pensions:

The board that writes accounting rules for states and cities has proposed a new approach for pension disclosures that falls far short of what some financial experts hoped, but which would still force many governments to highlight pension shortfalls they have played down.

The current standard has come under heavy fire from mainstream economists, who say it makes virtually all government pension benefits look less costly than they really are.

Government officials have granted pensions to teachers, police, judges and other public workers for years, without reflecting the true cost, analysts say. Now the bills are coming due, and in many cases there is not enough money set aside, adding to the fiscal distress across the country.

Pensions are a third-rail issue for the Governmental Accounting Standards Board, and it has been working with great deliberation. Its pension project began early in 2006 but is nowhere near completion. Earlier this month, the board issued a “Preliminary Views” statement, summarizing its conclusions so far and requesting public feedback. A new standard is unlikely to take effect until at least 2013.

Fiscal hawks have been urging the accounting board to require states to measure their pension obligations at fair value. Corporations already do this when they report their pension numbers to the Securities and Exchange Commission.

But state and local officials have resisted, and the Governmental Accounting Standards Board seems to have taken their objections to heart. Its new proposal would let them keep measuring their pension obligations the same way as before, with one big exception.

The rule makers want to shine a bright light on the states and local governments that routinely fail to put enough money into their pensions — places like Illinois, New Jersey and Pennsylvania — that year after year contribute less than their actuaries tell them they have to contribute to their pension funds. The accounting board wants those places to show the missing amounts on their balance sheets, not hide them in footnotes.

Further, instead of minimizing the shortfalls, those governments would have to calculate the shortfalls in a way that magnifies them.

“I think they hope this will be the disciplinary tool that will get everybody funding at the actuarial rate,” said Jeremy Gold, an actuary and economist who served on the accounting board’s pension advisory task force but who does not like the proposed new method. “They hope they will be punishing the real laggards.”

He said the board’s stated purpose was to foster correct financial reporting, not mete out punishment.

Many states and cities will be relieved at least that more far-reaching types of changes have been sidelined. They had feared a shift to fair value accounting in general and especially now, after big investment losses in 2008.

Some economists have been trying to strip down pension numbers to present something like fair value anyway. The most recent such study, by Eileen Norcross of the Mercatus Center at George Mason University and Andrew Biggs of the American Enterprise Institute, determined that if New Jersey’s state pension system disclosed its pension numbers at fair value, it would have a shortfall of $170 billion, instead of its reported $46 billion.

“This path is not sustainable,” Ms. Norcross said.

Governments and their actuaries argue that it is unfair and misleading to show them at their worst — or at any particular point in time. States and cities, after all, are fundamentally different from corporations — they do not do things like acquire each other or file for Chapter 11 bankruptcy protection.

In addition, while companies need to bring their pension funds to a standing stop and measure them during such events, governments never engage in such transactions, so they say there is no reason to disclose their financial status at a single time.

“I doubt anybody’s imagination is vivid enough to imagine the merger of states such as Kansas and Missouri, or Ohio and Michigan,” said Rick Roeder, an actuary and consultant in San Diego, in testimony submitted to the accounting board. “For a plan sponsor with a 50-plus-year time horizon, today’s market value can be anything but fair.”

At the heart of the dispute is the way governments gauge the value of the pensions they owe future retirees in today’s dollars — a commonplace financial calculation known as discounting. It is used to calculate things as diverse as bond prices and mortgages.

Discounting is based on an interest rate, which is supposed to reflect the riskiness and other attributes of the underlying asset. Current accounting rules tell governments to use the investment return they expect over the long term. In practice, this means most public pension funds now use about 8 percent.

Many economists criticize this practice, arguing that 8 percent reflects a fairly high degree of risk, though state pensions are guaranteed by law and are therefore virtually risk free.

Standard economic theory says they should be measured with a very low discount rate — something much closer to the rate on Treasury bonds than to the higher risk securities in most pension investment portfolios. These days, many economists think the states should be using a rate of about 4.5 percent to measure their pension obligations.

The difference — three or four percentage points — translates into hundreds of billions of dollars when applied to pension obligations.

The 50 states together reported pension obligations of $3.3 trillion as of mid-2008, and secured with assets of $2.3 trillion, according to the Pew Center on the States. But Ms. Norcross said that if the states had to report their pension obligations on a fair value basis, the number would have been $5.2 trillion.

What this means is that current liabilities of US public pension plans are heavily understated because they're not calculated using the proper discount rate, the yield on Treasury bonds. Perhaps reporting pension obligations on a fair value basis is too onerous, but the alternative of using a higher discount rate based on an unrealistic long-term investment return is too generous and will ultimately leave taxpayers on the hook. When it comes to pension obligations, better to be safe than sorry.