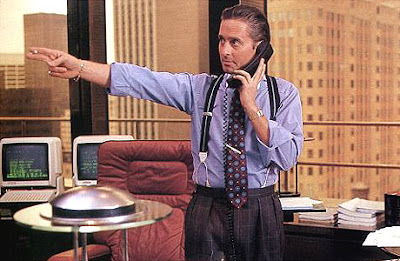 US public pensions face a shortfall of $2,500bn that will force state and local governments to sell assets and make deep cuts to services, according to the former chairman of New Jersey’s pension fund.

The severe US economic recession has cast a spotlight on years of fiscal mismanagement, including chronic underfunding of retirement promises.

“States face cost pressure, most prominently from retirement benefits and Medicaid [the health programme for the poor],” Orin Kramer told the Financial Times. “One consequence is that asset sales and privatisation will pick up. The very unfortunate consequence is that various safety nets for the most vulnerable citizens will be cut back.”

Mr Kramer, an influential figure in the Democratic party and still a member of the investment council that oversees the New Jersey pension fund, has been an outspoken critic of public pension accounting, which allows for the averaging of investment gains and losses over a number of years through a process called “smoothing”.

Using data from the states, the Pew Center on the States, a research group, has estimated a funding gap for pension, healthcare and other non-pension benefits, such as life assurance, of at least $1,000bn as of the end of fiscal 2008.

Chris Christie, the Republican governor of New Jersey, said in his state of the state speech last week that, without reform, the unfunded liability of the state’s pension system would rise from $54bn now to $183bn within 30 years.

Mr Kramer’s estimates are based on the assets and liabilities of the top 25 public pension funds at the end of 2010. The gap has risen from an estimate of more than $2,000bn at the end of 2009. He also used a market rate analysis based on the accounting used by corporate pension funds rather than the 8 per cent rate of return that most public funds use in calculations.

Pension liabilities are not included in state and local government debt figures.

Concerns about the financial health of local governments have sparked warnings of a rise in defaults for cities and towns and a sell-off in the $3,000bn municipal bond market where they raise money. Last week, the interest rate on 30-year top rated municipal debt rose above 5 per cent for the first time in about two years. Amid the volatility, New Jersey had to cut the size of a planned bond sale.

Although Mr Kramer said some local governments would experience “severe strain”, he did not foresee mass defaults.

“I don’t assume that you will have that level of defaults just because there are various remedies, including asset sales, that you can engage before you have to default,” he said. “States have an interest in their major municipalities not defaulting.”

The state of Pennsylvania, for example, last year advanced money to Harrisburg, its capital, so that the cash-strapped city could avoid a default on its general obligation bonds.

In February, Illinois, which is facing an unfunded pension obligation of at least $80bn, plans to sell $3.7bn of bonds to pay for its annual contribution.

Mr. Kramer is right to sound the alarm on public pensions, but "smoothing" is only part of the problem. Besides, marking everything to market, including private markets, would wreak havoc by causing unnecessary volatility.

Some think a larger part of the blame lies squarely with Wall Street. In an op-ed article for USA Today, Gerald W. McEntee, president of the American Federation of State, County and Municipal Employees, writes, Opposing view on public pensions: Blame Wall Street:

With revenues plummeting during the economic crisis, states and cities across the country face real budget challenges. It is simply wrong, however, to suggest that modest retirement benefits paid to public service retirees are a cause, or even a part, of the budget problems facing governments.
[OUR VIEW: Lavish public worker benefits add to state financial woes]

Pension payments account for less than 4% of the average state's spending, while the annual pension for AFSCME retirees averages $19,000. Critics of the pension system conveniently ignore the fact that our members contribute to their pensions with every paycheck, and that more than 85% of their pension benefit is a result of those contributions and investment income.

Current challenges are not a result of excessive benefits. For every story about someone who gamed the system to obtain an unfair payout, there are tens of thousands of workers whose annual pensions are $10,000 or less.

Let's be clear: Underfunded pension systems resulted from unprecedented losses of asset values caused by reckless behavior on Wall Street and the refusal of some politicians to make their required payments. As recently as 2007, pension funds had, collectively, 96% of the assets required to meet future expenditures. But Wall Street drove America's economy and retirement security into a ditch. And now both pension and 401(k) accounts alike must be rebuilt.

Pension funds can be replenished over time at a modest cost. It is projected that states must increase pension spending from about 4% of their budgets to just 5% in the future. Surely, this is manageable.

The "401(k) solution" promises cost-savings that just don't materialize. A recent study in Nevada concluded that conversion to a 401(k)-style system would cost $1.2 billion more over the next two fiscal years. 401(k) plans are not less expensive, just less efficient and less secure than traditional pensions.

Most public pension systems have been in existence for 60 years or more. They have persevered during market downturns and enjoyed surpluses when the good times rolled. They predated public employee bargaining rights, and few plans are subject to the bargaining process today. They have traditionally enjoyed broad support as a cost-effective compensation and retirement security policy.

That support deserves to continue.

Mr. McEntee is right, Wall Street's reckless behavior and politicians foregoing pension payments significantly contributed to the huge pension deficits, but that too is only part of the problem. The other problem is that public pensions were using rosy investment rates of returns to discount their liabilities, which we now know are much higher than what is publicly stated.

There is plenty of blame to go around. It's not just Wall Street. Poor governance, rosy investment assumptions, and bad political decisions all played a role too. But Wall Street's reckless behavior remains one of the biggest factors behind the pension meltdown. This behavior hasn't changed much post-crisis, which means private and public pensions remain very vulnerable in this wolf market.