My favorite Greek-American whistleblower, Harry Markopolos, is back at it, exposing how big banks are ripping off pension funds:

Amid all the market volatility and weakness in the financial sector of late, you may have missed this WSJ front page story: "States Go After Big Bank on Forex".

The story is about growing scandal in the banking industry centered around banks allegedly overcharging pension funds for currency transactions.

"Attorneys general in Virginia and Florida filed civil suits against BNY Mellon alleging that the bank cheated pension funds in those states by choosing improper prices for currency trades the bank processed for the funds," The WSJ reports. "The Virginia lawsuit, filed in a Fairfax, Va., state court, cites internal bank emails allegedly showing that senior bank officials knew about, and endorsed, a currency-trading method that hurt state pensioners."

In addition to Virginia and Florida, California and Tennessee are also suing BNY Mellon and State Street Corp. over the alleged fraud.

The man who uncovered the alleged scam, Harry Markopolos, expects all 50 states to eventually join the suit. If the name sounds familiar that's because Markopolos was a whistleblower on the Madoff Ponzi scheme, only to have his claims ignored by the SEC for the better par of a decade. (See: Harry Markopolos Says Big Banks Worse Than Madoff)

In this case, Markopolos says BNY Mellon and State Street we're taking about "three tenths of a percent from every forex transaction for pension funds" by back-timing the trade to benefit banks at the detriment of their pension fund clients. "It's almost the exact same scheme as the market timing scandals of 2003," he claims.

When and if these cases go to trial is unknown, but Markopolos sure hopes to avoid a settlement. "I want to see them admit guilt," he tells Aaron Task in the accompanying interview. "If [banks] settle it feel like justice denied because they also will settle without admitting or denying guilt. That's just too easy. "

I have already discussed the topics of defrauding pension funds and how banks are overcharging pension funds on currency transactions (and other transactions). Thank God there are people like Harry Markopolos out there, chasing the Madoffs of this word, and now taking on a much bigger cause.

It was almost three years ago since I wrote a comment on how the pension Ponzi scheme dwarfs the Madoff scam. Watch the interview below and pay close attention to what Markopolos is saying. "Someone has to chase the bad guys" or else they will loot trillions in pensions. 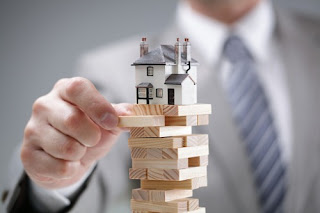 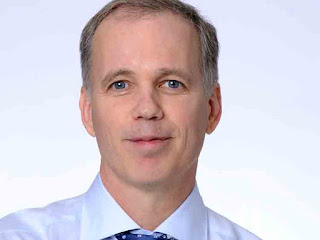 Pensions & Investments reports that CPPIB selects first-ever CIO:Edwin Cass was named the first dedicated chief investment officer of the Canada Pension Plan Investment Board, Toronto, the C$434.4 billion ($317.8 billion) pension fund said Wednesday.The newly created role of CIO will, in part, address the “anticipated size and scale of CPP Investments by 2025 and beyond,” the news release said.As CIO, Mr. Cass is responsible for responsible for “total fund management, including capital allocation between investment programs, long-term investment department signals, and medium- and near-term portfolio guidance and balance sheet management.”Prior to Mr. Cass’ appointment, the CIO function was “distributed between the CEO office, the chief investment strategist and at the investment department level,” a spokesman at CPPIB said in an email.Senior managing directors in CPPIB’s investment department “will continue to be responsible for department-level portfolio construction…
Read more 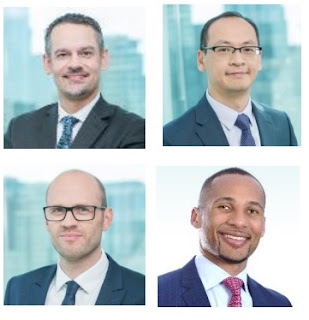 Last week, I had a web conference call with Vincent Morin, Marc-André Soublière, Nelson Lam and Simon Guyard of Trans-Canada Capital (TCC).A few weeks ago, I listened to a webinar featuring Vincent Morin, President,Trans-Canada Capital, being interviewed by Caroline Côté, Managing Director, Funds, Private Markets, Quebec and International Venture Capital, CPDQ, and decided to follow up on TCC.Let me first thank Claude Perron, founder of FiaMTL, for organizing this year's virtual  Mechoui  (7th Edition) and inaugural Montreal Investment Forum on August 20th 2020 and for posting a replay online (embedded main clip below).Let me also thank Vincent, Marc-André, Simon and Nelson for taking the time to talk to me via Microsoft Teams (not bad, first time I tried it and it went well).Now, before I get to my discussion with the fellas at TCC, please take the time to read this 2019 comment of mine to help situate yourself. Basically, Trans-Canada Capital (TCC) is a new asset manager whose s…
Read more 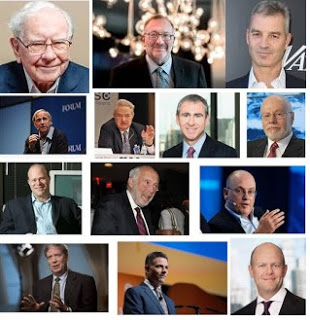 Naeem Aslam of Forbes reports that Warren Buffett dumps US bank stocks and buys a gold mining stock and that hedge funds dump tech shares:On August 14th, we had a 13F filing update in the U.S., which gives more insight about the smart money and how it is deploying its capital. Investors are always keen to know and relate this information to their trading strategy. For retail traders, this information can be seen as confirmation of whether their investment strategy is correct and how they can fine-tune it.Buffett Buys Barrick Gold The most significant headline of the 13F filing was about Berkshire Hathaway’activity. It has purchased stock in Barrick Gold, a Canada-based mining company. Its position in Barrick Gold (GOLD) is worth nearly $565 million.
Buffett Dumps Goldman Sach, Still Owns Bank Of America The Oracle of Omaha, Warren Buffett, reduced Berkshire Hathaway's positions in U.S. banks: JPMorgan (JPM), Wells Fargo (WFC) and PNC. It is critical to mention that Buffett sti…
Read more

When Nasdaq Whales Get Slaughtered? 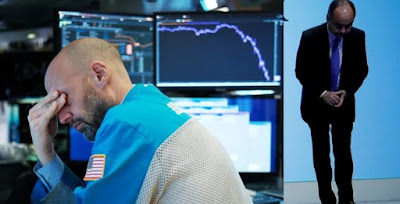 Fred Imbert and Katrina Bishop of CNBC report stocks fall in wild session to close out big losing week for tech:Stocks closed lower for a second day on Friday after a wild session in which names that would benefit from the economy reopening tried to offset another steep decline in tech. The Dow Jones Industrial Average closed 159.42 points lower, or 0.6%, at 28,133.31. At one point, the 30-stock average fell as much as 628.05 points, or 2.2%. The Dow was also higher for a moment on Friday. The S&P 500 slid 0.8% to 3,426.96, but closed well off its session low. The broader-market index was down 3.1% at its session low and briefly traded positive on the day. The Nasdaq Composite fell 1.3% to 11,313.13, but also closed well above its low of the day.
Boeing shares rose more than 1% while bank stocks gained broadly. JPMorgan Chase and Citigroup were up 2.2% and 2%, respectively. Bank of America climbed 3.4%. Wells Fargo advanced 1.1%. Cruise operator Carnival climbed 5.4% a…
Read more

Mary Williams Marsh of the New York Times reports that after CalPERS CIO's abrupt departure, the trustees are talking about the next steps:Trustees of CalPERS, the country’s biggest public pension fund, met on Monday to discuss next steps after the sudden resignation this month of the fund’s chief investment officer, Ben Meng.Mr. Meng joined CalPERS, as the $410 billion California Public Employees’ Retirement System is known, in January 2019 and had produced good results in a tough market, said Henry Jones, president of the fund’s board. But he left abruptly on Aug. 5, a day after an anonymous complaint was filed with California’s Fair Political Practices Commission about possible conflicts of interest involving Mr. Meng’s personal investments.Although the complaint did not list any specific investments, the five-member commission’s review has focused on Mr. Meng’s ownership of shares in the Blackstone Group, a publicly traded investment firm. CalPERS, which has inve…
Read more 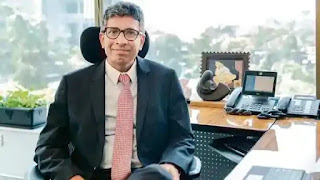 Rashesh Shah, Chairman and CEO, Edelweiss Group said, “This partnership comes at a time when there is a thrust towards empowering and enabling India to become a global manufacturing hub as vocalised by the Government’s ‘Atmanirbhar – self reliance’ vision. The need for long term patient capital in India presents a huge opportunity for private debt managers. At Edelweiss, we have built deep capabilities in this space and I am honoured by the trust placed in us by the highly respected Ontario Teachers’ t…
Read more

The World’s Best Pensions Are Canadian 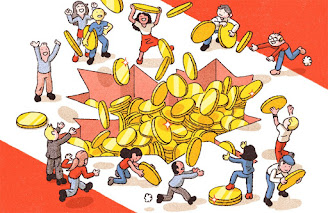 Christine Idzelis of Institutional Investor reports the world's best pension funds are Canadian:Canada’s pension funds are beating peers globally in investment performance and are stronger at hedging against liability risks, according to research from McGill University and CEM Benchmarking. Their success is partly explained by the fact they are more likely to manage their assets in-house, McGill researchers Sebastien Betermier and Quentin Spehner, along with CEM’s Alexander Beath and Chris Flynn, wrote in a July paper. The authors’ findings are based on a study of pensions, endowments, and sovereign wealth funds globally between 2004 and 2018. Large Canadian funds in particular outperformed in all measures of the study, which analyzed returns, asset allocation strategies, and cost structures. The authors defined large funds as those managing more than $10 billion in assets in 2018.
“Not only did they generate greater returns for each unit of volatility risk, but they …
Read more

Trans-Canada Capital Ready For Take Off? 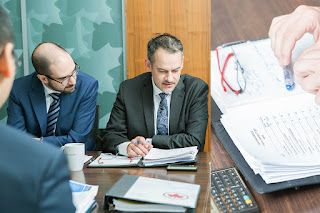 Sarah Rundell of top1000funds reports that Air Canada’s TCC prepares for take off:
Air Canada, the pension fund for Canada’s flagship carrier, is preparing to manage external assets in a bid to let other pension funds and institutions tap into its top decile performance and 65-strong expert internal team, currently managing 80 per cent of the C$21 billion portfolio. The pension fund’s investment staff have transferred to a new entity, Trans-Canada Capital (TCC), now readying its legal, compliance and best practice pillars for take-off.

It’s a new approach designed to boost assets and grow Air Canada’s internal expertise as the closed fund carries on its own de-risking journey.

“We have been in gradual de-risking phase for many years. Managing external client assets is a new business line for the company and will help maintain and grow the team which is interesting from Air Canada’s point of view,” says Vincent Morin president, pension investments at TCC.

The final phase of the pro…
Read more 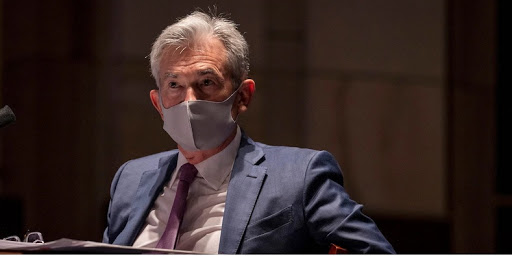 Jeanna Smialek of the New York Times reports Fed Chair Jerome Powell sets the stage for longer periods of lower rates: Jerome H. Powell, the chair of the Federal Reserve, announced a major shift in how the central bank guides the economy, signaling it will make job growth preeminent and will not raise interest rates to guard against coming inflation just because the unemployment rate is low.In emphasizing the importance of a strong labor market and saying the Fed will tolerate slightly faster price gains, Mr. Powell and his colleagues laid the groundwork for years of low interest rates. That could translate into long periods of cheap mortgages and business loans that foster strong demand and a solid job market.The changes, which Mr. Powell detailed at the Kansas City Fed’s annual Jackson Hole policy symposium, follow a year-and-a-half long review of the central bank’s monetary policy strategy. In conjunction with his remarks, the Fed released an outline of its long-run pol…
Read more