How Australia Fixed a Retirement Crisis? 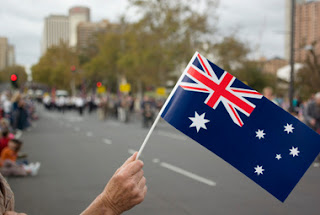 
We can learn a lot about staying on top of our long-term financial security by studying the land down under.

Australia was among the earliest to get serious about financial education, establishing a financial-literacy foundation in 2005 — before the financial crisis. It also has a retirement system that is regarded as among the best in the world.

The U.S. is struggling on both fronts. We were early to formally embrace financial education, having established a Financial Literacy and Education Commission in 2003. But Australia has steamed ahead, requiring a personal-finance class for graduation throughout its school system. In the U.S., just 14 states require that such a course even be offered as an elective.

Increasingly, financial education is becoming a global initiative. The hope is that by raising the financial IQ of individuals around the world, the economy won’t fall victim to another financial crisis — at least not one caused by basic misunderstanding of things like mortgages and credit-card terms. It’s a long-term approach.

The real Aussie edge, though, may be a retirement system that “has achieved high individual saving rates and broad coverage at reasonably low cost to the government,”  according to new research from Julie Agnew for the Center for Retirement Research at Boston College. Australians do this through a three-pillar system that starts with private savings. The system also includes a safety net that resembles Social Security, though benefits are means-tested and disappear past a certain income threshold. In the U.S., means testing faces stiff opposition, though some argue that effectively it is already in place.

The key difference is Australia’s employer-based savings accounts, which resemble a 401(k). Employers are required to fund every worker’s account with 9% of pay, rising to 12% of pay in 2020. Over 90% of working Australians have savings in such an account. In the U.S., fewer than half of workers have money in a 401(k) or similar plan.

In her research, Agnew found that Australian plans are more likely to have automatic enrollment and contribution-escalation provisions, which are proven to boost participation and savings. Australian plans also include more advice and impose a fiduciary duty on anyone advising a plan participant. The country also has tighter restrictions on taking early distributions, known as leakage.

A mandatory employer-funded savings component is on the radar in the U.S. Alicia Munnell, director of the Center for Retirement Research, recently floated the concept as part of sweeping reform.

Retirement issues are a global concern. In one of the more unusual strategies for shoring up retirement security, the British food company Dairy Crest has transferred 44 million lb. of cheese to its pension. That sounds yummy. But something like the Australian system sounds better.

Dan Mitchell of the Cato Institute also praised Australia's private social security system, stating: "To be blunt, the Aussies are kicking our butts. Their system gets stronger every day and our system generates more red ink every day."

So is Australia the beacon of hope for America's 401(k) nightmare? I'm highly skeptical. While the U.S. retirement industry could learn from Australia's successes, I still maintain that the only enduring way to tackle the global retirement crisis will come when policymakers bolster defined-benefit (DB) plans, recognizing they're far superior to defined-contribution (DC) plans.

Sure, Australians are saving more for retirement but their savings are going to a defined-contribution plan which leaves millions vulnerable to the vagaries of public markets. When markets rise, people are happy but when they tank, they get anxious about their retirement. In other words, they don't have the security and peace of mind that comes with predetermined pension payments from a defined-benefit plan.

In Canada, I've long argued that it's time to enhance C/QPP for all Canadians. Last week, I praised the expert committee looking into Quebec's retirement system for proposing the adoption of a longevity plan to help those over 75 years old with a supplemental pension.

Nonetheless, even here there are disagreements among experts. Bernard Dussault, Canada's former Chief Actuary, shared the following with me yesterday:


If Quebec were to adopt a longevity plan, it shall be designed in a better fashion than what the Commission D'Amours (CDA) proposes. As designed, The CDA proposal is not viable and does not deserve to be identified as a longevity plan because:
As longevity is expected to increase gradually for ever and at rates now proving to be higher than before, the promised CDA defined benefit will sooner than later become unsustainable.

The proposed plan could become a true longevity program only if the entitlement age (75 in the CDA proposal) were set to increase gradually each year (e.g. by 1 month). In that sense, the CDA proposal does not even conform with one of its own main guiding principles, i.e. inter-generational equity.

I'm not one to argue with Canada's former Chief Actuary. Bernard raises excellent points worth looking into as we study the pros and cons of  adopting this longevity plan.

Still, something needs to be done in Canada, the U.S., Australia and all around the world to bolster retirement systems and make sure future retirees can retire in dignity and security. Some countries are way ahead of others but pension systems all around the world are reeling after the crisis and policymakers need to address pension reforms sooner rather than later.

Below, pensions expert Ros Altmann discusses reforms to the U.K. pension system. There are two parts to this interview. As she says, the state pension will only provide a "bare minimum" and many people will need more to top it up.