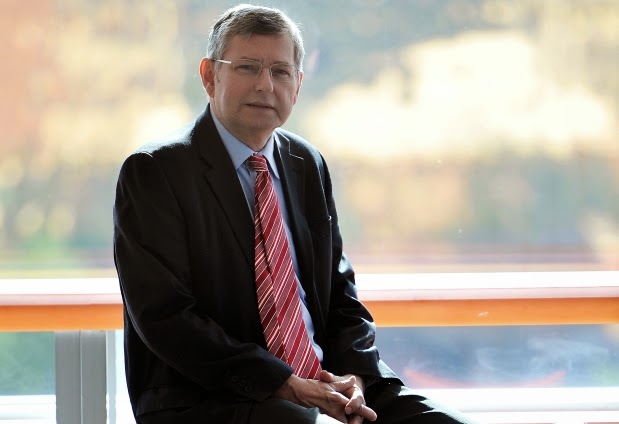 
Alberta’s big public sector pension fund manager is in the hunt for a new boss.

The 65-year-old has guided AIMCo since it was spun off by the province as a crown corporation in 2008.

“Executive succession for an organization is an important fiduciary responsibility for both the board and the CEO,” AIMCo said in a news release. “AIMCo has been focusing on this initiative for a number of months and ... will now be proceeding with a search process for our next CEO to ensure a new leader is in place to guide the organization into the next phase of its evolution.”

AIMCo said de Bever will continue in the role as CEO while the search process is underway.

“The board felt that they should start a CEO search because they want to make sure they have someone in place for the next five or 10 years. In the meantime, I’m in place and it’s business as usual.”

On Wednesday, AIMCo announced that it generated a 12.5 per cent net return for 2013 and a 14 per cent return on its balanced funds, marking the best results in its history.

AIMCo "will undertake a comprehensive and diligent process, and will take the full time necessary to identify and secure AIMCo’s next CEO,” the sovereign wealth fund has announced.

De Bever has led the fund to strong performance for several years, adding $23 billion in total return since its inception. Charles Baille, chair of AIMCo’s board of directors, called him “the driving force behind many of our successes.” De Bever, he said, had "created a high performing investment organization of which Albertans can be proud.”

He joined the organization in 2008 at its first CEO. The Alberta government created AIMCo as a Crown Corporation to professionalize the management of its sovereign wealth and pension assets, primarily.

“The Crown Corporation set-up allowed me to hire people and compensate them on a commercial basis, at one-third to one-fifth of the cost of doing things externally,” de Bever told aiCIO in 2012.

In the announcement, he said, "a critical part of the CEO’s job is to effectively pass the torch to the next generation of leadership.”

However, the CEO drew public criticism and the eye of regulators for his role at now-defunct real estate firm First Leaside Group. The Ontario-based investment group raised more than $330 million—largely from retail investors—but began seeking creditor protection in 2012, according to Morningstar.

De Bever served as a founding partner of First Leaside in addition to his duties at AIMCo. An archived version of his biography from the firm’s website touted his “extensive experience in managing and evaluating risk.”

The Ontario Securities Commission pursued a case against two other First Leaside executives, alleging that one of the founders “intentionally deceived investors" by selling assets without informing them that the company’s viability had been called into question by an accounting review.

De Bever was not charged with any wrongdoing.

The statement of his pending resignation made no mention of the First Leaside situation.

De Bever spent much of his career at the Bank of Canada, and served nearly ten years as a senior vice-president of the Ontario Teachers’ Pension Plan. Prior to joining AIMCo, de Bever led the Victorian Funds Management Corporation in Melbourne, Australia.

There is no doubt about it, Leo de Bever is a giant in the pension fund world. He has battle scars going back from his days at Ontario Teachers where he ran the risk department. He came to AIMCo in August 2008 after a brief stint in Australia, lowered fees paid to external managers and was able to attract and retain talent in Edmonton, no easy feat.

I had the pleasure of meeting and speaking with Leo a few times. He is unquestionably one of the smartest and nicest people in the industry. In fact, he's brilliant. He has a PhD in Economics and reads continuously on all subjects. If you sit down with him, you'll be amazed at the breadth and depth of his knowledge.

In 2010, Leo warned my readers of what will happen when the music stops. That was one of my best interviews on this blog. Leo covered risks in bonds, stocks, hedge funds and private markets in that discussion. In June 2011, he discussed rearranging the chairs on the Titanic, where he shared his skepticism on the Fed's quantitative easing (QE) policy in regards to improving the real economy.

In May 2012, Leo called the top in the bond market and warned of storm clouds ahead, a controversial call which helped AIMCo last year. Nevertheless, despite the bond panic of 2013, I remain more worried about deflation than inflation and think bonds are far from dead.

The one thing that struck me about Leo is that he's worried about many things but always remains optimistic. In fact, Leo de Bever is always imagining a better future and has access to the most senior policymakers in Ottawa.

So why is Leo stepping down? I don't think First Leaside played any role and it is a minor blemish in an otherwise spectacular career (the aiCIO article is factually incorrect). I honestly think Leo is tired. He looked tired when I first met him at PSP back in 2006. He has been battling politicians in Alberta who don't understand how important it is to properly compensate pension fund managers and how hard it is to add value over public market benchmarks.

And let me be clear on something, Leo de Bever is properly compensated and he knows it. But his compensation pales in comparison to the outrageous compensation they doled out for PSP Investments' senior managers last year. I initially defended PSP's hefty payouts but then came to my senses and saw that PSP's tricky balancing act is all about screwing around with their bogus benchmarks so they can dole out huge bonuses to their senior managers in good and terrible years. Not to mention that PSP is based in Montreal so getting millions in total compensation is literally winning the lottery every year!

Let me be clear on something else. Even though I defend compensation at Canada's public pension funds, I think a lot of people on the buy side are way overpaid for the supposed risks they take. I have doctors in my family and group of friends who truly bust their ass working crazy hours and they don't get compensated anywhere near what these senior pension fund managers get. Admittedly, most people in finance are way overpaid but it's a joke and compensation needs to be reined in.

Lastly, I will express some disappointment that Leo and some of his counterparts at Canada's large public pension funds have not subscribed to my blog to help support my work. Nobody owes me anything but their financial support is appreciated.

Below, Warren Buffett discusses Coke's frothy pay plan which Berkshire abstained from voting on (but sent a strong signal to Coke's management). I wonder what the Oracle of Omaha would say about the frothy pay plans at some of Canada's largest public pension funds.