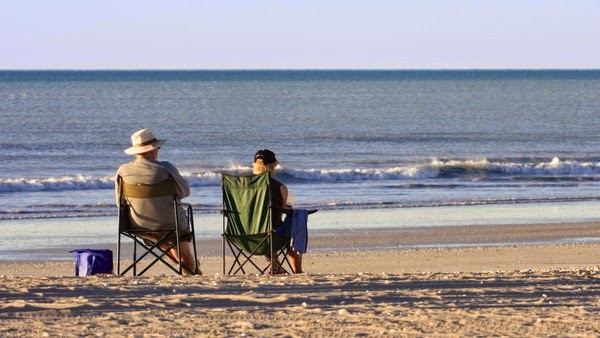 
Pension fund managers around the world are preparing to invest in riskier assets such as hedge funds and private equity funds as they seek higher returns and their ability to select the best managers improves.

Research by State Street, the US financial group, has found that 77 per cent of pension funds expect their appetite for alternative investments to increase over the next three years.

Oliver Berger, State Street’s head of strategic market initiatives for Europe, the Middle East and Africa, said: “Pension funds are under huge pressure at the moment. With increased market volatility, they are faced with challenging and complex liabilities. To achieve the returns they need, they have to take on more risk.

“However, they are better equipped than ever before to do this. With improvements in data mining and management and reporting, fund managers and asset owners have a better understanding of the risk reward profile of investments,” he said.

The growing appetite for investments in alternative assets such as hedge funds contrasts with a recent decision by Calpers, the largest pension fund in the US, to withdraw its $4bn investments in hedge funds because they had become too complex and costly.
The State Street research, which involved interviewing the executives in charge of 134 different pensions schemes around the world, shows that a large majority were prepared to take more risk as low yields and interest rates have made it harder to meet long-term obligations with safer assets such as government bonds.

Of the asset owners surveyed, 20 per cent also said they expected their risk appetite to increase significantly over the next three years.
The most popular asset class among the so-called alternative asset classes was private equity, followed by real estate, infrastructure and then hedge funds.

Regional findings showed that private equity is of the greatest interest to respondents in the Americas, with 68 per cent planning to increase their allocation, compared with 60 per cent in Europe, the Middle East and Africa and only 45 per cent in the Asia-Pacific region.

Asian respondents showed high levels of interest in expanding their investment in hedge funds, with 57 per cent planning to increase their allocation.

Nothing really surprising in these finding except that most pension funds plan to significantly increase (illiquidity) risk at the worst possible time.

It's also interesting that private equity is now more popular than real estate and infrastructure, probably because the returns are higher but so is the risk (keep in mind, endowments have turned negative on private equity).

By the way, Yves Smith (aka Susan Webber) of the naked capitalism blog published another long rant yesterday on private equity going after retail investors where she once again scoffed at the internal rate of return (IRR) as a measure of performance, grossly inflated PE returns and how on a risk-adjusted basis, private equity underperforms stocks.

Poor Yves, she never invested a dime in private equity and is literally clueless on the asset class, shamefully disseminating utter nonsense on her widely read blog. She also removed my blog from her blog roll and refuses to publish my comments (same with Zero Hedge), mostly because I demonstrate how blatantly careless she is when she promotes her grossly biased and uninformed point of view on private equity.

If it was up to Yves, no pension fund would ever invest in private equity. What for? Just let them shove their money in stocks and roll the dice along with the rest of the retail universe. She literally doesn't understand how private equity is an important asset class from an asset-liability perspective and how the top funds consistently trounce stocks on an absolute and risk-adjusted basis (she should research performance persistence in private equity).

Please go back to read my last comment on why pension funds should beware of buyout bullies. I too don't like private equity's push into retail and think we need a lot more transparency on fees and terms, but I don't make wild accusations or castigate one of the most important asset classes for pensions.  Ms. Webber should be a lot more careful in her comments given how popular her blog is.

That's all from me. I'm off to the Montreal Neurological Institute (please donate to them, they're great!) to undergo a long MRI, all part of a study I'm doing for Opexa Therapeutics' (OPXA) Tcelna immunotherapy for progressive MS patients. Apart from battling a little cold, I feel great and look forward to finding out the results of this study after it wraps up late next year.