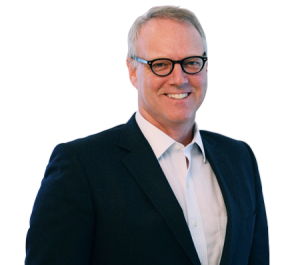 
Public Sector Pension Investment Board (PSP), one of Canada's largest pension fund managers, announced on Tuesday it has chosen André Bourbonnais as its president and chief executive officer.

Bourbonnais joins PSP, which manages the pension funds of federal public-service workers, from rival pension fund manager the Canada Pension Plan Investment Board (CPPIB), where he was head of private investments. He replaces John Valentini, who was filling in as CEO after Gordon Fyfe left PSP last year to head the British Columbia Investment Management Corp (BCIMC).

Separately, CPPIB announced that Mark Jenkins, who has been overseeing its direct private equity investments and its natural resources investment programs, will take on the role being vacated by Bourbonnais.

Jenkins, formerly a banker at Goldman Sachs and later Barclays, joined CPPIB in 2008.

CPPIB also named Pierre Lavallée to the new role of global head of investment partnerships. He will focus on broadening relationships with the fund's external managers in private and public funds, expanding direct private equity investments in Asia and building the fund's thematic investing capabilities.

Bourbonnais has more than 20 years of industry experience, most recently as senior managing director and global head of private investments at Canada Pension Plan Investment Board, PSP said in a statement.

He replaces interim CEO John Valentini at Ottawa-based PSP, which manages the retirement savings of Canada’s federal civil servants and security forces and had assets under management of C$99.5 billion ($80.4 billion) as of Sept. 30.

“We are confident he is the right person to lead PSP Investments into its next phase of evolution, which involves increasingly global activities and sustained growth,” ’ said Michael Mueller, PSP chairman.

PSP Investments put out a press release on this new appointment which you can read by clicking here. Before joining PSP Investments, Mr. Bourbonnais was Senior Managing Director & Global Head of Private Investments at Canada Pension Plan Investment Board for nine years. Prior to that, he oversaw the 2005 IPO of Addenda Capital Inc., a leading fixed income manager, and managed private equity portfolios for the Caisse de dépôt et placement du Québec from 2001 to 2004. A lawyer by training, Mr. Bourbonnais began his career in 1986 with Stikeman Elliott LLP and, after three years in Europe for a merger and acquisition consulting firm, he joined Teleglobe where he was Chief Legal Officer from 1995 to 2000.

Sovereign Wealth Fund Institute published a great piece on André Bourbonnais discussing all his achievements. So what do I think of this new appointment? I'm a little bit surprised he left CPPIB where I thought he was next in line to take over after Mark Wiseman. But he's a Montreal native and Mark Wiseman is a young CEO so he would have had to wait a very long time before taking over the helm.

More importantly, this new appointment makes perfect sense for PSP. They tapped someone with extensive private market experience, contacts, industry experience and someone who can manage PSP during the next phase of its operations. It also helps that he's French Canadian and perfectly bilingual as PSP's head office is in Montreal and many employees are French natives (but perfectly bilingual too).

Mr. Bourbonnais is now running a major Canadian pension fund and has his work cut out for him. His experience at the Caisse and CPPIB will serve him well and now that he is a CEO, his role will change in a significant way.

My experience at PSP allowed me to gain insights on the job of being a CEO. I saw the good, bad and ugly from a CEO's vantage point. The toughest job of being a CEO is not only managing people, which is often cumbersome, but also managing the board of directors, which can drive you insane depending on how the board members are.

I don't know much about Bourbonnais's managerial skills but he will have his work cut out for him at PSP where he will lead a diverse group of people. Still, he'll be surrounded by very competent professionals and I'm sure he will bring in a few of his own people to help him in this new role.

For PSP's employees, at least now they finally have a CEO after Gordon Fyfe left to head bcIMC, and he's someone with a strong reputation in the pension fund industry and someone with extensive private market experience which is the direction that most of Canada's large public pension funds are heading.

On that note, let me wish André Bourbonnais congratulations and best of luck in this new and important role leading PSP Investments.

Below, a discussion with André Bourbonnais at a Thompson Reuters conference where he discussed CPPIB's approach to investing in private markets (October, 2014). Very interesting discussion, listen to his comments and answers to some excellent questions.