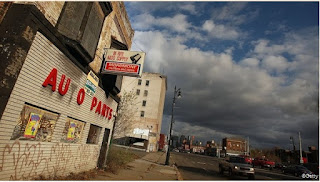 
The health of the US public pensions system is deteriorating. The latest figures reveal that retirement plans have less than three-quarters of the assets they need to pay current and future retirees.

The growing pension deficit is putting “enormous” pressure on US cities and states, said Amin Rajan, chief executive of Create Research, a consultancy. It also raises concerns that some public retirement funds might not be able to pay out in future.

According to Wilshire Consulting, an institutional investment advisory company, state-sponsored pension plans in the US had just 73 per cent of the assets they needed in mid-2015, down from 77 per cent in 2014.

“Before the recession, many of these plans were fully funded or nearly fully funded,” said Russ Walker, vice-president of Wilshire Consulting.

In 2007, the state pensions’ funding ratio, a measure of assets to liabilities, stood at 95 per cent. An 80 per cent funding level is generally considered the minimum healthy level for public pension plans.

Large pension funding gaps have caused big problems for many US cities and states, including Detroit, where a $3bn public pension deficit contributed to the city’s bankruptcy.

Josh Rauh, a finance professor at Stanford University, said: “Cities such as Chicago and Philadelphia, and states such as Illinois and Kentucky, are already feeling the pinch as pension contributions are consuming increasing shares of their budgets.”

The full scale of the underfunding problem is likely to be even greater than Wilshire’s figures show, because of how the pension plans measure their funding levels, Mr Rauh added.

City and state officials have tried to take steps to close the pension funding gap, such as requiring new employees to make greater contributions to retirement plans.

Officials at pension schemes are also working hard to close the deficit, said Hank Kim, executive director at the National Conference on Public Employee Retirement Systems, a trade association for public pension plans in the US.

“The plans have learnt greatly from the financial crisis. Risk is a big concern and they have taken steps to mitigate any investment downside,” he added.

However, Tamara Burden, principal at Milliman Financial Risk Management, an investment adviser to pension funds, said many schemes are relying more than ever on making up the funding gap by assuming “exceptional asset returns”.

“Relying on strong asset returns in today’s market is a scary place to be,” she added.

Despite strong stock market performance in the year to mid-2015, many US pension plans found it difficult to meet their return targets, according to Wilshire.

Pension funds are likely to struggle for performance in the year to mid-2016, thanks to volatile trading conditions during the third quarter of 2015 and the start of this year.

Mr Rajan said US public pension schemes are in a difficult place. “Tackling the problem means unpalatable choices: fresh cash injections or reduced retirement benefits or increased retirement age, or some combination of the three.”

When it comes to pension deficits, keep your eyes peeled on bond yields because the lower they go, the more future liabilities and pension deficits rise. And when asset values drop, it adds more pressure on pensions, especially if they're chronically underfunded like many U.S. state, city, municipal and local pensions are.

Right now, stocks have erased almost all of the 2016 losses but U.S. bond yields remain at historic lows despite bonds posting the biggest weekly selloff since November after Friday's better-than-expected jobs report. And when it comes to pensions, ultra low rates for years and the new negative normal spell big trouble ahead, especially if deflation sets in.

This is why you see Canada's large public pensions scrambling to buy infrastructure assets like London City Airport at a hefty premium. They need to find assets that are a better match to their long dated liabilities. We can argue whether Canada's mighty pensions are paying too much for these "premium infrastructure assets" (I think so) but this is the approach they're taking to defy volatile public markets and find a better suitable match for their long dated liabilities.

In the U.S., public pensions are delusional, firmly holding on to the pension rate-of-return fantasy. They're also held hostage by useless investment consultants that shove them in the same brand name private equity funds and hedge funds. This doesn't always pan out well for these public pensions but it enriches private equity titans and hedge fund gurus who collect outrageous fees no matter how well they perform.

Of course, things might be turning around for pensions. Copper bears are turning into bulls and hedge funds are turning bullish on oil which bodes well for those betting big on a global recovery.

In fact, last week we saw huge moves in energy (XLE) and metal and mining (XME) stocks. There were huge gains in dogs like SeaDrill (SDRL) which I've been short since October 2014 but also in many natural gas, steel, copper and coal names like Chesapeake (CHK), U.S. Steel Corp. (X), Freeport McMoRan (FCX), Peabody Energy (BTU) and Teck Resources (TCK).

Last week was a great week for Carl Icahn who loaded up on a few of these names in his portfolio. And this week is starting off great for funds betting big on a global recovery as we even see moribund shipping companies like Eagle Bulk Shipping (EGLE) and Genco Shipping (GNK) take off (click on image to view a sample of stocks I track closely): 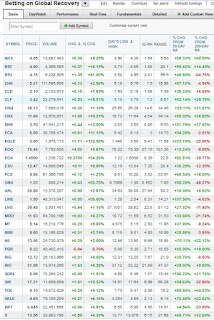 But the question remains will it last or is this just another short covering rally destined to fizzle out? I'll tell you, if I'm an underfunded U.S. public pension, I'd be hoping that assets and bond yields continue to rise from these levels, but given my Outlook 2016, I'd be very careful not to read too much into these explosive countertrend rallies in beaten down energy, commodity and emerging market stocks. These are great rallies to trade but don't overstay your welcome.

As far as U.S. public pensions, some are already doomed and are now facing very difficult choices ahead. Below, Rob Dubow, Director of Finance for the City of Philadelphia, discusses the state of his city's pension fund and how it might be saved.

Listen to his comments as this is the stark reality for many U.S. public pensions that have been plagued by terrible governance and are struggling to find solutions for their chronically underfunded plans.