Patience and Reality On Pensions? 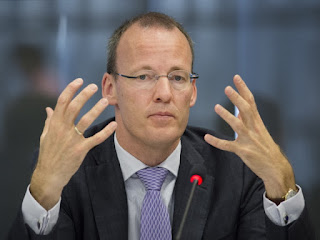 “My proposal is to keep the broad monetary policy in place and then, really, inflation will rise sooner or later,” Knot, who is also the president of the Dutch central bank, told lawmakers in The Hague on Wednesday. “But I can’t tell when that will be.”

Knot, who said he was “among the more critical members” of the Governing Council, addressed members of the Dutch parliament’s finance committee after an invitation to discuss risks related to the the ECB’s 1.74 trillion-euro ($1.98 trillion) asset-purchase program and negative rates. He said that while savings and pensions are hit by ultra-low interest rates, governments and home-loan borrowers benefit.

The ECB has come under attack from politicians, most notably in Germany, since it cut rates in March, added corporate debt to its bond-buying plan and announced a new long-term loan program for banks. The rising tension is exposing Europe’s divisions just as officials head to Washington for meetings of the Group of 20 and International Monetary Fund.

Dutch pension funds are struggling to meet their obligations, particularly on fixed-level payouts. Knot suggested that model is probably no longer appropriate and said the system should change to better handle volatility.

German Finance Minister Wolfgang Schaeuble said in an interview published on Tuesday that monetary policy is causing “extraordinary problems” for the nation’s banks and for retirement planning. He said last week that ECB President Mario Draghi should share the blame for the rise of populist political groups.

G-20 officials will probably discuss the impact of monetary policy and whether some central banks are reaching their limit, a Canadian official told reporters on Tuesday, on condition of anonymity.

Even so, ECB policy makers say they must focus on their mandate of price stability, and can add more stimulus if needed. The euro-area inflation rate was minus 0.1 percent last month and hasn’t been at the goal of just under 2 percent in three years.

Knot said last month in the Dutch central bank’s annual report that the ECB is approaching the limits of its monetary policy, and that a further expansion of its asset-purchase program could give rise to legal and financial-stability concerns.

On Wednesday he said the central bank is still operating legally, though he would oppose any proposal to buy bank bonds, citing a conflict of interest with the ECB’s role as a banking regulator. He also said helicopter money, or the direct central-bank financing of fiscal stimulus, lies outside its mandate.

“Within the Governing Council there is a discussion about the effectiveness of the instruments,” he said. The ECB’s remit is broad and policy makers have a “high level of judgment.”

I've already covered Europe's pension woes and think there are serious challenges ahead given that ultra low rates and negative rates are here to stay.

The main structural problem in Europe is persistent deflation. The latest data shows France and Spain are still stuck in deflationary territory as of March. Italian banks are teetering on collapse and Greece is getting ready to introduce new drastic cuts on supplementary pensions (on top of older ones) which will lead to more public sector strikes. And now Greece has banded with Portugal to lambast the EU. 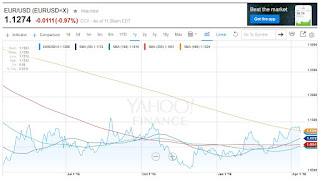 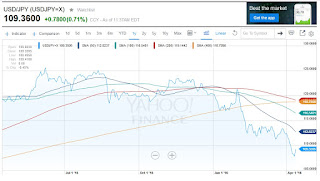 Importantly, the clear and present danger is deflation, not inflation, and unless we see a material rise in inflation expectations in developed countries, there's no reason to think the bond market has it wrong.

So when Klaas Knot calls for “patience and reality” on pensions and savings, he is underestimating just how patient pensioners and savers have to be to wait out what could prove to be a prolonged period of debt deflation in Europe.

By the way, things aren't much better in the United States. Below, Joshua Rauh, Hoover Institution, discusses new report that shows the dire details of U.S. state and local pensions. Nothing new to me and I expect "patience and reality" will test all pensions over the next decade, especially those that are chronically underfunded.

But one thing you should keep in mind is the global pension crisis is very deflationary and bond friendly (either way, an increase in contributions or decrease in benefits will hurt aggregate demand). This is why I believe the U.S. needs a real revolutionary retirement plan to address this crisis. 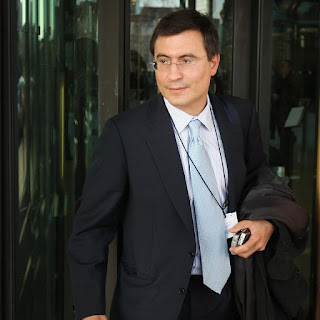