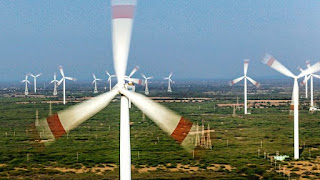 
Canadian pension fund Ontario Municipal Employees’ Retirement System (OMERS) is scouting for acquisition opportunities in India, in an affirmation of the country’s position as a green energy hot-spot.

With net assets of more than $100 billion under management, OMERS has been attracted by the presence of other Canadian investors in India such as Canada Pension Plan Investment Board (CPPIB), Caisse de dépôt et placement du Québec (CDPQ) and Brookfield Asset Management.

This comes at a time when India’s emerging green economy is expected to require investments of around $80 billion till 2022, growing more than three-fold to $250 billion during 2023-30.

“The next big play is expected from OMERS which is actively scouting for acquisitions in India’s clean energy sector. The investment thesis about India being an attractive investment destination continues for them," said a person aware of the development requesting anonymity.

India has become one of the top renewable producers globally with ambitious capacity expansion plans.

The country has an installed renewable energy capacity of about 80 gigawatts (GW) and is running the world’s largest renewable energy programme with plans to achieve 175GW by 2022 and 500GW by 2030, as part of its climate commitments.

OMERS portfolio includes large-scale infrastructure assets in sectors such as energy, transportation, and government-regulated services. The infrastructure projects that OMERS has invested in include the London City airport, nuclear power station Bruce Power—Canada’s private nuclear generator—in Ontario, and the port of Melbourne in Australia.

“We are interested in making investments in the Indian clean energy space — but beyond that, we don’t have more to say at this time," an OMERS spokesperson said in an emailed response.

IndInfravit holds a portfolio of five operational toll road concessions that were initially built and operated by L&T Infrastructure Development Projects Ltd (L&T IDPL), a unit of construction major Larsen and Toubro Ltd. L&T IDPL is focused on developing infrastructure projects with a focus on roads and electricity transmission.

However, some concerns have emerged about India’s green energy space.

In an attempt to diffuse the brewing legal crisis in Andhra Pradesh that may derail India’s clean energy run, Union power minister Raj Kumar Singh had written to the state government citing a danger of erosion of investor confidence. The state government has however decided to proceed with its plans of the PPA review.

The communication reviewed by Mint stated, “It will be wrong and against the law to cancel all the PPAs. The appropriate course will be that the action for the reopening and cancelling of contracts is only taken in those cases where a prima facie case of corruption is made out based on objective evidence."

The National Democratic Alliance (NDA) government at the Centre is pulling out all stops to impress upon the state government to not cancel the previous Telugu Desam Party’ (TDP)-led government’s decision to ink PPAs for the projects in the so-called “in-pipeline," as it would have a wide ranging impact on foreign investments. Andhra Pradesh has around 7,700 mega watt (MW) of solar and wind projects.

“We are also with you in your campaign against corruption and would like to see that corrupt meet their just deserts. However, we have to move in a manner which is fair and transparent and according to the law. If we do not so, the investment process and development will come to a halt," the minister said in his letter to Reddy. “The Power Purchase Agreements are contracts binding on all signatories. If the contracts are not honoured, the investment will stop coming," he said.

Singh, in his letter, also said that the tariff for solar and wind energy projects in different states will be different depending upon solar radiation and wind speed.

Not surprisingly, OMERS is following other large Canadian and foreign investors looking to invest in India's infrastructure.

Go back to read my previous comments on why CPPIB and OTPP are eying Indian projects as well as as a more recent comment on how CPPIB invested in India's first green trust.

India's emerging green economy will grow exponentially over the next two decades and OMERS is right to follow its peers into this space.

As the article states, India has become one of the top renewable producers globally with ambitious capacity expansion plans.

Are there risks? Yes, the article alludes to some of them, namely, there are political and regulatory risks to these investments but I doubt the state government will  reopen power purchase agreements (PPAs) inked under the previous N. Chandrababu Naidu administration.

Below, a clip on India's renewable energy sector worth watching to understand why global investors are attracted to these opportunities.