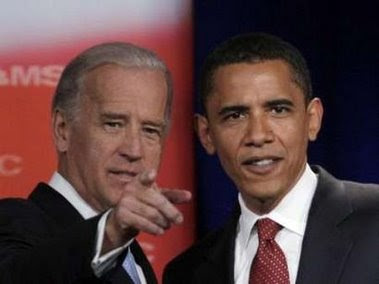 I woke up at 4:00 a.m., couldn't sleep, so I made myself a light sandwich and turned on CNN. It's now official: Barack Obama has picked Joe Biden as his running mate.

I quote the following:

Ending days of speculation, Obama announced the decision on his Web site, featuring a photo of the two.

"Barack has chosen Joe Biden to be his running mate," the announcement said. "Joe Biden brings extensive foreign policy experience, an impressive record of collaborating across party lines, and a direct approach to getting the job done."

Biden, a Roman Catholic originally from the battleground state of Pennsylvania, will bring not only foreign policy expertise to the ticket but strong working-class roots.

That could help Obama connect with the blue-collar voters he has failed to attract in the run-up to the Nov. 4 election against Republican John McCain. Obama and McCain are neck and neck in opinion polls.

My own thoughts are that Biden is an excellent choice. I like his feisty style and he has the experience that Obama desperately needs to navigate in what Stratfor's George Friedman calls the Real World Order:

One of the interesting concepts of the New World Order was that all serious countries would want to participate in it and that the only threat would come from rogue states and nonstate actors such as North Korea and al Qaeda. Serious analysts argued that conflict between nation-states would not be important in the 21st century. There will certainly be rogue states and nonstate actors, but the 21st century will be no different than any other century. On Aug. 8, the Russians invited us all to the Real World Order.

Get ready for a close and heated contest between McCain and Obama. These elections are crucial not only for the United States, but for the rest of the world. After eight years of Bush/Cheney, I hope real change is finally around the corner. 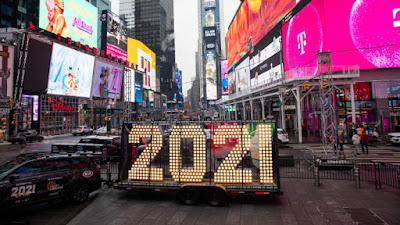 It's time for my much anticipated Outlook 2021. Before I begin, I want to wish all my readers a Happy, Healthy and Prosperous New Year. On to my Outlook 2021. This year I'm bringing back Mr. X to discuss markets with me. Mr. X is a very wise, shrewd, experienced and skeptical investor, and he's a total figment of my imagination, basically my alter ego which keeps asking questions on everything I'm observing. First, Michael Santoli of CNBC reports investors are handicapping the new market year see similarities to 2010′s recovery and 1999′s risk binge: So many questions swirl as the calendar turns — including what year has just started. What year or years from the past, that is, have the most relevance for the current market and economy. Before the objections are uncorked: Of course, there are no exact replays of history, and the key to tomorrow is not lying in a musty archive. Yet each year contains its own distinct blend of prior patterns which we interpret as cy
Read more

Bank of Canada Flirting with Disaster? 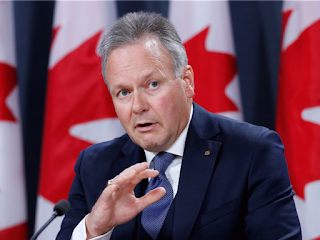 Elena Holodny of Business Insider reports, The Bank of Canada surprises with a rate hike : The Bank of Canada unexpectedly hiked its key interest rate by 25 basis points to 1.00% on Wednesday, citing stronger than expected economic data. The majority of economists surveyed by Bloomberg forecast that the central bank would hold at this meeting . "Recent economic data have been stronger than expected, supporting the Bank's view that growth in Canada is becoming more broad-based and self-sustaining," the bank said in the accompanying statement . The bank also said that although the global economy is seeing stronger than expected growth indicators there are "significant geopolitical risks and uncertainties around international trade and fiscal policies remain, leading to a weaker US dollar against many major currencies." Wednesday marks the bank's second consecutive rate hike.  At its  previous  meeting in July, the BoC raised its key rate for the first
Read more

The UnARKing of the Market? 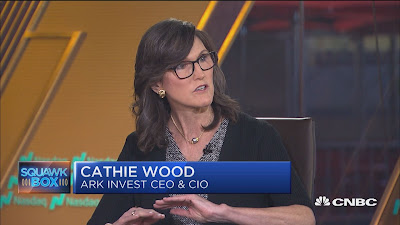 Fred Imbert and Jesse Pound of CNBC report the Dow falls more than 150 points to close out a losing week: Stocks fell on Friday to close out a tough week as traders weighed President-elect Joe Biden’s $1.9 trillion stimulus plan along with the latest earnings from some of the biggest U.S. banks. The Dow Jones Industrial Average closed 177.26 points lower, or 0.6%, at 30,814.26. Earlier in the day, the Dow was down more than 300 points. The S&P 500 dipped 0.7% to 3,768.25, and the Nasdaq Composite slid 0.9% to end the day at 12,998.50. Dow Inc. and Chevron both fell more than 3% led the 30-stock average lower. Energy dropped 4%, posting its worst one-day decline since late November, pressuring the S&P 500.  The Dow and Nasdaq posted weekly declines of 0.9% and 1.5%, respectively, to snap four-week winning streaks. The S&P 500 also lost 1.5% over that time period. Biden’s proposal, called the American Rescue Plan, includes increasing the additional federal unemployme
Read more 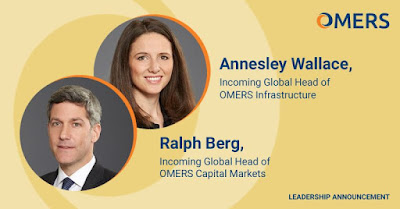 Last week, OMERS announced key changes to its Leadership Team, set to take effect in the coming months. According to a post on Linkedin, these changes are integral to achieving the global growth plans of their business.  The key shift is Ralph Berg, current Global Head of Infrastructure, will succeed Ken Miner as Global Head of OMERS Capital Markets in April of 2021, upon Miner’s retirement. Also, Annesley Wallace, current Chief Pension Officer, will return to the investment side of the business as Global Head of OMERS Infrastructure.  Blake Hutcheson, OMERS President & CEO, was nice enough to give me a call late last week to go over important changes they have implemented in six key areas: People: Ensure they have the right people in the right roles globally. Leadership: Promote great leadership at all levels of the organization and ensure they work collaboratively among themselves and key stakeholders Culture: Promote the right culture at all levels based on the right values an
Read more 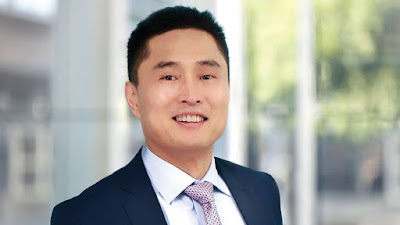 Ben Meng, CalPERS' former CIO, wrote a comment for Project Syndicate on saving America's public pensions: Much has been written in recent years about the plight of US public pensions. There are growing concerns about underfunded liabilities, rising implicit tax burdens, and broken promises to beneficiaries. These are not groundless fears. Many US public pensions are indeed facing severe financial pressures. These problems have begun to fuel doubts, among both current and future pensioners, about the reliability of their benefits over time, and thus about their economic security after they retire. But there are still many ways that investment staff, sponsors, and beneficiaries could work together to restore faith in the system. The key is first to understand the challenges facing the US public pension industry. One can then start to map out strategies for putting public pensions on a sound financial footing. The Pension Puzzle The main challenge facing the public p
Read more 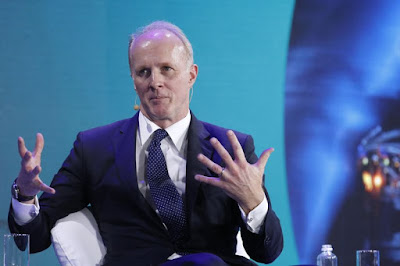 Paula Sambo of Bloomberg News reports that Canada's largest pension says inflation could rise in a rebound: Canada’s largest pension fund says policy measures across the globe to address the Covid-19 pandemic could fuel inflation after years of under-inflation while also spurring a rebound in employment and business investment. “We’re keeping an eye on this because central banks have adjusted frameworks,” Mark Machin, chief executive officer of Canada Pension Plan Investment Board, said in an interview Tuesday. “There is also the risk of a wall of money in savings accounts -- $13 trillion in U.S. banks alone -- moving, and that transfer can cause inflation.” Machin also sees the synchronized global economic upswing potentially creating further upward price pressure on commodities. “Emerging markets are where you’re going to see a massive pickup in demand. And we’re very familiar with the infrastructure bottlenecks that exists and some economies’, especial
Read more 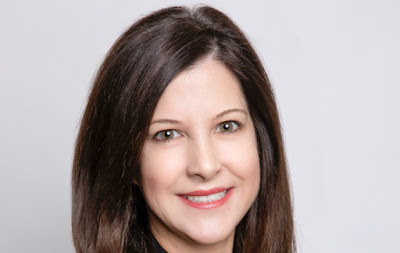 Wouter Klijn of i3 Insights reports on how Sandra Bosela and her team run private equity at OPTrust: COVID-19 has had a different impact on the various segments in the private equity sector. We speak with OPTrust’s Sandra Bosela about the fund’s experience pre and during the pandemic. Private equity investors seek to generate above market returns by taking an active role in the management of a company: cutting costs, expanding into new markets and attracting new talent. But in the context of a broader multi-asset portfolio, private equity also functions to smooth out returns. Since they are unlisted, these assets are not subject to the whims of the news cycle or the sometimes erratic behaviour of the retail market. In this context, investors often look for businesses that are not beholden to the economic cycle, but produce stable profits in any environment. Dental businesses are a good example of this. Recession or not, most people still value clean teeth, devoid of any
Read more 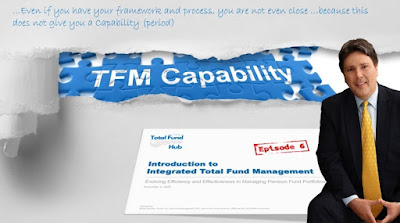 This is Part 6 of a seven part series on integrated Total Fund Management brought to you by Mihail Garchev, the former VP and Head of Total Fund Management at BCI and I. Please take the time to read Mihail's synopsis on TFM capability below followed by my brief comments and a clip where he delves deeply into today's topic (minor edits and added emphasis are mine): This is now week eight of introducing the Integrated Total Fund Management ("TFM") executive series. This week, we conclude our journey into the practical implementation of TFM following the 11 case studies from Episode 5 over the last three weeks. These case studies were based on the framework and the process we discussed in the earlier episodes and provided many practical uses for TFM to solve common total fund decision challenges many institutional investors face. However, having a framework and a process is yet not having a capability. Episode 6 will specifically discuss a wealth of seeming
Read more 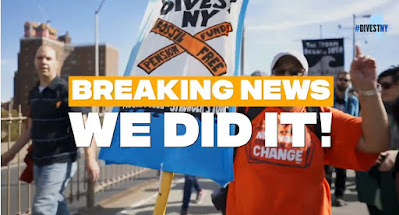 Tsvetana Paraskova of Oilprice.com reports that a $226 billion US pension fund is considering dumping oil & gas investments: The $226-billion New York State Common Retirement Fund is undertaking a review of all energy companies it is invested in, to assess their readiness for the energy transition and dump those considered riskiest in climate-related investment. As it pledged on Wednesday to transition its portfolio of holdings to one with net-zero greenhouse gas emissions by 2040, the pension fund—the third-largest in the U.S. after CalPERS and CalSTRS of California—said that it would complete by 2025 a review of all its holdings in energy companies to assess “their future ability to provide investment returns in light of the global consensus on climate change,” New York State Comptroller Thomas DiNapoli said. “Those that fail to meet our minimum standards may be removed from our portfolio. Divestment is a last resort, but it is an investment tool we can apply to com
Read more

CAAT's CEO on Moving From Pension Envy to Pension Solutions 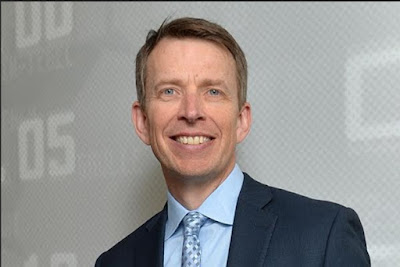 Derek W. Dobson, CEO of CAAT Pension Plan, wrote a guest comment for my blog on moving from pension envy to pension solutions: Many Canadians haven’t saved nearly enough for retirement. Those without any workplace saving program have a median savings of just $3,000. Such meager savings would not last the average retiree more than a year. Canada will see increased health care and social support system costs if we don’t address this gap in a meaningful and thoughtful way. The truth is, it’s not easy to save for retirement. It’s difficult to start, easy to get overwhelmed and drop out and difficult to get good unbiased advice. The best possible retirement savings plan and the one that most Canadians want is a defined benefit pension plan. Those lucky enough to have a defined benefit pension likely work in the public sector. Eight in 10 workers in government and broader public sector workers in Canada have access to a DB pension, while one in 10 private sector workers do.
Read more