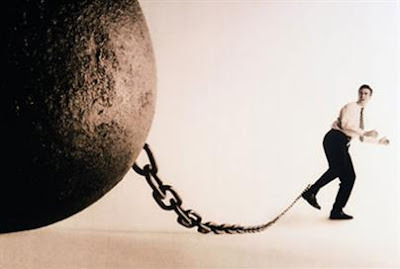 Speaking of Banana Republics, I almost forgot to mention that the Supreme Court of Canada denied a challenge to a proposed restructuring of frozen $32-billion of asset-backed commercial paper (ABCP).

The good news is that this clears the way for about 1,400 individual note holders to get their money back. These individuals were conned into believing their money was safe (it wasn't...if you want safety, buy T-bills, GICs, government bonds and Hydro bonds).

But not everyone is happy with this decision:

Under the restructuring, the frozen ABCP will be converted into long term notes maturing in about eight or nine years. The plan was bitterly contested by a small group of corporate note holders such as the drugstore chain Jean Coutu who complained they would face losses.

The Supreme Court appeal was their last chance to block the plan.

"I think it's a shame that a plan that is patently flawed received judicial sanction," said Howard Shapray, a lawyer for Vancouver-based Ivanhoe Mines Ltd.

In my opinion, this decision was politically motivated. With federal elections looming in the background, the last thing the Conservatives wanted was this thing to drag on. The market turmoil also put pressure on them to settle this fast.

But as I argued before, the Supreme Court of Canada is setting a dangerous precedent because the restructuring plan provides immunity from legal action to all the ABCP market participants.

What else is new? Canada is a joke when it comes to securities laws and proper enforcement of regulations. How do I know this? My first job after I graduated with my Masters in Economics was working at the Canada Revenue Agency consulting them on how to mitigate white collar crime in Canada.

That experience opened my eyes as I saw hundreds of tax evasion cases settle for pennies on the dollar. In rare cases there were stiff jail sentences imposed on egregious tax evaders.

Anyways, now that this decision has passed, time is of the essence so individuals get their money back as soon as possible.

Moreover, the credit crisis is endangering the restructuring plan:

Lawyer Purdy Crawford, head of the Pan-Canadian Investors Committee, was tight-lipped about the situation. But he did say a continuation of strained conditions in the credit markets could undermine the restructuring of $32 billion in non-bank ABCP.

"If it continues very long, it possibly could, yes. That's all I can really say," Crawford told The Gazette yesterday during a break at the Governance and Financial Markets in North America conference.

Crawford declined to discuss options or whether the large investors who are behind the plan are talking.

He said he doesn't believe the rescue plan will founder because of the credit crisis, but added "we've got to get the thing going, one way or another."

The investor committee negotiated the plan and is now awaiting approval to proceed from the Supreme Court of Canada. The idea is to replace seized up short-term ABCP with longer term notes.

But the Financial Post reported yesterday the credit crunch may endanger the strategy.

Because of tight conditions in credit markets following the failure of Lehman Brothers and the bailout of insurance giant AIG, the new notes will likely be just as illiquid as the old ones, experts told the Post.

The Ad Hoc ABCP Retail Noteholders Committee recommended that the Supreme Court of Canada not hear the ABCP CCAA Restructuring Plan appeal, so it is relieved by the Supreme Court's decision on Friday, September 19, 2008.

The Co-Counsel for this Committee, including Henry Juroviesky of Juroviesky and Ricci LLP, Arthur Jacques of Shibley Righton LLP and myself as financial advisor, recommended that the retail ABCP owners of less than $1,000,000 accept their cash settlements at full par value, plus accrued interest and restructuring costs, from their securities dealers, Canaccord and Credential.

The retail customers owning less than $1,000,000 of Non Bank ABCP were paid a cash settlement that mitigated their damages for a flawed savings product that was sold to them as safe and liquid, when this was not the case. The retail victims are expected to get their life savings back in October and to return to their normal lives.

The retail owners worked hard to accomplish this settlement of just getting their own money back, with the assistance of the Co-Counsel appointed to represent them in the CCAA court-administered CCAA process. The Federal and Provincial governments were not helpful to this group of Canadians getting their money back. In fact, many retail ABCP owners were shocked to learn that our governments actually facilitated the sale of this flawed money market product into the unsophisticated retail marketplace through multiple law and regulation changes, blind enforcement and exemptive relief decisions that allowed the securities dealers and banks to side-step investor protection laws that Canadians fought years to achieve.

There is now urgent need for reform of our securities regulation and securities crime policing structures in . Plus, we must proceed to make amendments in various securities and banking laws and regulations to prevent a similar crisis in the money market ever again. Given that the ABCP CCAA Restructuring Plan denied the rights of corporations, governments, pension funds and individuals to sue the securities dealers for negligence and civil fraud, we will have to amend the Companies Creditors Arrangement Act to explicitly restrict the right of judges to approve debt restructuring plans that deny the right of creditors to sue solvent third parties who exposed Canadians to harm.

I sincerely hope that the government regulators will now intervene on behalf of the individual victims owning more than $1,000,000 of the Non Bank ABCP who have lost their democratic right to sue for the return of their lifesavings and who now bear a disproportionate share of over $16 billion of marked-to-market harm, which solvent securities dealers have imposed on Canadian high net worth individuals, pension funds, corporations and governments.

I was fortunate enough to meet Diane and her husband Hugh when they were in town recently. We are all lucky to have citizens like them fighting for justice and better securities laws and regulations in Canada.