Who Is Eyeing Clean Energy? 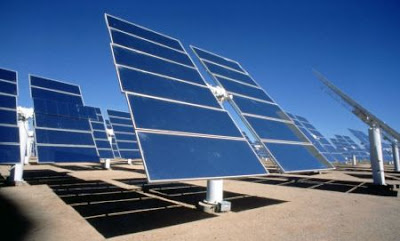 "Clean technology is an area that could be a big allocation for us in the future," Broccardo told Reuters.

Last year, the strategy prompted allocations to corporate credit in the United States and Europe, which increased its overall risk profile but netted 20 percent returns.

Broccardo said the fund had about 500 million pounds annually to investing opportunistically. Combined with emerging markets and technology, he said the pension scheme could allocate over 10 percent in clean technology.

Good for Barclays. At least some pension funds are thinking carefully about the big themes that will shape the future of energy. Clean energy is definitely one of them.

And it's not just Barclays. After being relentlessly negative on the solar industry since the summer of 2008, investment bank HSBC is starting to warm up to the sector again:

The upshot: The worst of the solar sector’s woes may be behind us. That doesn’t mean the good times are here yet—but it does open the door to selective investments in companies that can weather the three years or so of storms that still lie ahead, the bank says in a new report.

The thesis of “Global Solar Power: Solar Eclipsed?” is straightforward: The supply glut that has plagued the sector all year will persist until 2012. That will keep pushing prices down—bad news for corporate profits, good news for the sector as a whole as it becomes more competitive with traditional sources of power generation.

HSBC’s winners include Yingli Green Power, Sharp, Solar World, and REC. The bank doesn’t care as much for Suntech Power and LDK, among many others.

[Note: I like them all, including LDK, Suntech and Trina Solar.]

What’s really interesting about HSBC’s new report is how solar power stacks up today against other ways of generating electricity—it doesn’t. That is, all the other power-generation technologies are in roughly the same neighborhood, even wind power—but not solar.

Or put another way: What price would oil or gas have to be for each technology to be break-even without subsidies, using combined-cycle gas turbines as the low-cost yardstick?

That’s not to say there’s no hope for solar power. There’s always the government.

Thanks to price supports, HSBC expects solar power to reach retail “grid parity” in some places—California and New York—as soon as next year. That means solar power will generate electricity that’s competitive with what you pay on your bill every month. It will take another five years or so for solar to reach wholesale grid parity—when it becomes a no-brainer investment for big utilities.

There is a clean energy revolution going on and it's just in its infancy. Those who can't see it are either blind or hopelessly ignorant. If pension funds are smart, they will start thinking about investing opportunistically in this sector now.

Just so I am not accused of pumping solar stocks, read this Barron's article, Supply Glut Will Put the Heat on Solar Stocks. I agree with some comments (I am not as bullish on FSLR relative to other solar stocks), but respectfully disagree with other comments made in the article. Looking ahead, I see PV supply chain revenues rebounding as demand picks up and credit concerns ease.