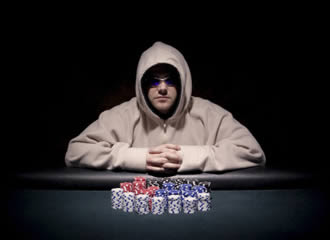 I met up for lunch with my former supervisor at PSP Investments, Pierre Malo. Pierre retired from PSP and while he's still consulting, he has decided to join his mentor, Jean Turmel over at the National Bank of Canada.

Mr. Turmel is president of Perseus Capital Inc., and former president of Financial Markets, Treasury and Investment Bank for the National Bank of Canada. Mr. Turmel is also the Chair of the Investment Committee at the Ontario Teachers' Pension Plan. He was kind enough to grant me an interview last May.

Once again, Pierre and I discussed health, markets, governance, board of directors, proper supervision, and even entered into a discussion on capitalism. He has a lot of reading to catch up on my blog but I shared some information with him on recent posts on apples and oranges and on HOOPP's 2010 results.

Pierre thinks it's best to compare pension funds that engage in ALM (for example, HOOPP vs Teachers') apart from those that are asset managers (Caisse, PSP. CPP, etc.). He agreed with me that it's impossible to compare pension funds because if you only look at performance without understanding the risks a fund took to achieve the results, then you're missing an important piece of the puzzle.

Anyways, one thing that I agree with Pierre on is that everyone is fixated on performance. Teachers' made 14.3% while the Caisse made 13.6% in 2010. Who cares? What you really need to understand is risk-adjusted performance and even more important than that is process.

Pierre is a big believer in process. Before joining PSP he was the head of F/X at the Caisse and before that, he had a long career as a trader. He explained to me that he is a trend follower who is long volatility (buys premium) and has never sold premium (short vol). When I asked him why, he explained that shorting vol is like running on a train track or picking up dimes in front of a steamroller. "Sooner or later, you get caught and you're dead".

We then talked about hedge funds where he referred to an updated Ibbotson study, The ABCs of Hedge Funds, which showed that adjusting for survivorship and backfill bias, the net return of 8,400 hedge funds from the TASS database from January 1995 through December 2009 dropped from 14.26% to 7.63% for the equally weighted sample.

In other words, there is a lot of bullshit in hedge fund databases. We all know this. That's why I keep hammering away on my blog on the truth about hedge funds. So many institutional investors are chasing after hedge funds without understanding the risks of these investments.

I recently gave an example of a hedge fund that sells premium all day long. On paper, its risk-adjusted results look great but the Black Swan risk will kill this strategy. As Pierre said, "you go years selling premium, being lucky, but when markets blow up, so will you". He added: "It's against my religion to sell vol. I prefer to buy vol, losing a little every year but when I'm right, the payoff is huge".

Why does Pierre prefer buying premium (going long vol)? Because he was taught by Jean Turmel who taught him to always manage his downside risk. He's risk averse and prefers losing a little and scoring big when he's right than making a little consistently but losing it all when he's wrong. For him, it's all about managing his downside risk.

Now, to be fair, there is no right and wrong in terms of selling or buying volatility. I worked with an excellent TAA manager who often went short vol, selling premium. He also went long vol when he saw opportunities. For him, it's all about flexibility. As he tells me, "the don't sell vol adage is nice but it doesn't make you money". He's more of a risk taker than Pierre but he also knows how to take calculated risks and structures his trades properly.

The point is there is no right and wrong answer. Most hedge funds will be more short than long vol because it's easier to market a fund that consistently makes money than one that consistently loses a little and then scores big when its bet pays off. Most hedge funds are asset gatherers with huge marketing machines behind them. It's all about gathering assets, not performance.

There are excellent hedge funds but out of the 10,000 or more hedge funds, roughly 200 are really worth investing in. You're not going to find many Bridgewaters or Brevan Howards out there. I'm being a little strict but the truth is there are so many crappy hedge funds charging alpha fees for beta returns that I worry about institutions getting into hedge funds without understanding the risks they're taking. A lot of hedge funds got slaughtered in 2008. And those Black Swan events are occurring more frequently nowadays -- instead of once every 100 years, it's more like once every five years.

Let me conclude this brief comment by stating institutional investors should focus more on people and process than performance. The worst mistake you can make in the investment world is to use past performance to extrapolate future returns. As Pierre told me at lunch today, "anyone can be lucky, even for a long time, but that doesn't make them a good money manager". Those of you who forget this message will end up getting hoodwinked.