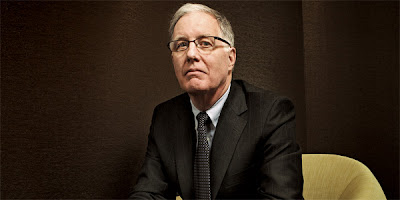 I take issue with a number of inaccuracies this blog.

First, I am advocating evolutionary, not revolutionary, change for the Ontario Teachers’ Pension Plan. As I have said many times, and repeated in my Hamilton speech: “Our sponsors are committed to dealing with the issue of recurring shortfalls because what these shortfalls are telling us is that we likely need a small course correction today that will translate into a large difference some 70 years from now. Together, they are considering all such possible course corrections for the plan to safeguard its long-term viability and affordability…. Pensions, like any species that wishes to survive through time, must adapt to the environment.” My context for revolutionary change, which was taken from a Hamilton Spectator article, is aimed at other pension plans that assume unrealistic future investment returns to fund benefits that are otherwise unaffordable. This is largely a U.S. phenomenon.

Each valuation of our pension plan is based on actuarial assumptions that reflect information available at the time. Assumptions are revised as needed to reflect actual experience and plan changes. In my speech I noted the changes in demographics and longevity over time. These certainly are taken into account every year and valuations are adjusted accordingly.

The statement: “Benefit payments and investment returns drastically outrun contributions” does not make sense. To clarify: benefit payments have exceeded contributions collected for several years. This is not unusual for a pension plan that is "mature". Investment earnings more than make up the difference (In 2011, benefit payments exceeded contributions collected by $1.9 billion, while our investments earned $11.7 billion). Low long-term real interest rates and a host of demographic factors are driving up pension costs; as a result, the present value of projected pension costs over the next 70 years is growing faster than the present value of projected pension assets.

Our annual report makes no mention of a conversion to a defined contribution plan, nor has that idea ever been studied or contemplated. The pension plan’s 2011 annual report includes the results of two very different valuations – the financial statement valuation and the going-concern funding valuation. These two valuations reflect different assumptions and methods, and are used for totally different purposes.

The going-concern funding valuation, which shows a projected $9.6 billion shortfall, is used to assess the long-term financial health of the Teachers’ pension plan. This valuation is filed with the provincial pension regulator at least every three years and is used to make decisions about contribution and benefit levels. The $9.6 billion shortfall means the plan has 94% of the assets required to meet it future pension obligations, a much higher funding ratio that many other pension plans.

Mr. Tufts says that assumptions were wrong and then uses the ratio of working to retired members as the evidence. This comment is wrong at worst or out of context at best. Actuarial assumptions must be reasonable and provide a plausible snapshot of the future, based on best available information at the time. Assumptions are changed when needed to reflect actual experience and plan changes.

I've already covered Bill Tufts' assertions in great detail here. A couple of days ago, in my post on Canada's secret pension plan, I also shared another comment Deborah Allen sent me:

Bill continues to confuse a pre-speech interview in the Spectator with the speech itself. There's one interesting comment now posted, though. Don't know if you've had a chance to see it yet:

Mr Tufts neglects to mention that he attempts to make a living through denigrating public pensions while promoting his own company WB Benefit Solutions. His business is to kill off defined benefits pensions. His distortions of what was said by Jim Leech, head of the Teachers' Pension Plan are laughable. Here is a direct quote by Mr Leech from that same meeting: "Let me stress that Teachers’ is not in any short term financial crisis. We have over $117 billion in assets and can pay pensions for decades without any changes."

He also said something that Mr Tufts failed to report, "The truth is that DB Plans are far better vehicles for pension saving. I know that this flies in the face of conventional wisdom, but it is true."

Instead of pulling everyone down to poverty, wouldn't it be nice if everyone could retire in dignity? The Ontario Teacher's Pension Plan pays out $4.7 Billion annually - this money is largely spent in Canada on goods, services and yes, taxes.

How about declaring your interest Mr Tufts?

I'm not surprised the National Post published Bill Tufts' article but in doing so, they're exposing themselves to journalistic mediocrity.

Importantly, apart from a small handful of journalists, the coverage on pensions is paltry and flimsy at best, propagating dangerous pension myths which will ultimately undermine public policy on pensions and accelerate the downward path toward pension poverty.

Please take the time to read my last comment on whether public pensions are too generous. In his speech at Hamilton, Jim Leech commented on the futility of the "pension envy" debate between those who have defined-benefit (DB) pensions versus those relying on defined contribution (DC) pension plans:

Let me return for a moment to the DB-DC debate and sound a word of caution: We must not allow “pension envy” to define that debate.

There is a danger that this could happen, however, as the private sector increasingly moves toward Defined Contribution plans - and away from the Defined Benefit model - saying it is unaffordable.

The truth is that DB Plans are far better vehicles for pension saving. I know that this flies in the face of conventional wisdom, but it is true.

A report by the US National Institute on Retirement Security finds that there are four main reasons for this:
The social costs that the private sector’s shift to defined contribution plans will impose in the future have not been widely acknowledged. Members of such plans will likely retire with inadequate retirement incomes. Their combined individual defined contribution shortfalls will likely dwarf any potential valuation shortfalls of defined benefit plans, possibly imposing obligations on future governments (read: taxpayers) for further retirement income assistance.

I have strong views on pensions and agree with experts like Jim Leech and John Crocker, HOOPP's former President and CEO, who has made the case for boosting DB pensions.

I have no agenda except writing the truth on pensions. Nobody is bankrolling my blog. Apart from blogging, I trade stocks and know firsthand how hard it is to consistently make money in these schizoid markets. If I told you last week that Cisco would plunge on a weak outlook or that JPMorgan Chase would shock investors by announcing they lost $2 billion in six weeks, you'd think I am crazy.

But these are crazy markets and the hardest game in town is making money in public equities. This is why many people who are part of a well governed defined-benefit plan like Ontario Teachers' are extremely lucky. Their 2011 results speak for themselves. The chart I posted showing how much added value they created over the long-term in public and private markets is nothing short of spectacular.

This is why I implore all teachers in Ontario to stop emailing me with concerns about their pension plan and whatever you do, never, ever opt out of this plan. If you do, you'll end up regretting it (some did after the tech bubble and they are regretting it now).