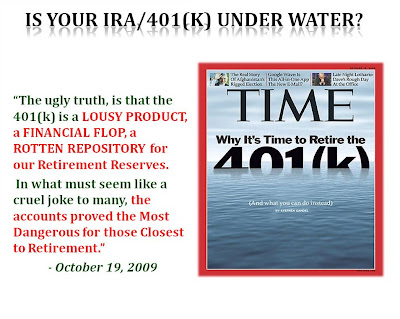 A large number of Americans are borrowing against their 401(k)s and having a hard time paying the loans back.

Defaults on 401(k) loans are draining retirement savings by as much as $37 billion a year, according to a study conducted by Robert Litan, a researcher at the Brookings Institution and Hal Singer, managing director of financial analysis firm Navigant Economics.

Based on historical default data and unemployment trends, the researchers project that the 401(k) default rate between July 2011 and May 2012 was 17.4% -- down from a projected peak of 19.8% two years earlier, but significantly higher than the documented 9.7% rate recorded in the 12-month period ending June 2008, right before the recession hit.

Many 401(k) participants are taking out loans against their retirement savings to cover emergency expenses, pay off debt or cover day-to-day costs -- often because they are unable to qualify for traditional forms of credit.

"When times are tough -- as they have been since the beginning of the Great Recession -- many more people with 401(k) plans have no other choice but to borrow from their accounts to maintain even a reduced standard of living," according to the study, which examined industry data on 401(k) default rates and outstanding loans.

But thanks in large part to the economic downturn, many people have been unable to pay back their loans, often because of a job loss.

401(k) loan default rates tend to be directly correlated with the U.S. unemployment rate. When a participant with an outstanding 401(k) loan loses their job, the full loan comes due within 60 days. Many people fail to pay off the loan in time, forcing them to default. Other borrowers become disabled or die with balances remaining on their loans, the study found.

If you default on a 401(k) loan, the amount of the loan is deducted from the account, and you are charged income tax on the amount withdrawn. An additional penalty of 10% of the total loan amount is typically charged if the default occurs due to job loss. All of this money would otherwise be tucked away for retirement.

The researchers recommend changing current rules so that participants who borrow are automatically enrolled in an insurance plan with an option to opt out, in order to protect them from losses incurred if they default on a 401(k) loan due to job loss.

The Brookings Institution and Navigant Economics study, "401(k) Loan Defaults: How Big Is the Leakage and What Can Policymakers Do to Preserve Americans’ Nest Eggs?", can be download here.

The findings of this study demonstrate two things. First, more and more Americans, desperately trying to keep afloat, are forced to turn to their retirement savings as a measure of last resort. This last point was underscored in Walter Hamilton's Los Angeles Times article, Defaults on 401(k) loans reach $37 billion a year:

Americans are borrowing huge amounts of money from their 401(k) retirement plans -- and then having big trouble paying off their debt, according to a new study.

Defaults on 401(k) loans have totaled as much as $37 billion a year in recent years, far higher than previously estimated, according to the analysis Monday by two researchers.

The study was written by Robert Litan, a researcher at the Kauffman Foundation and the Brookings Institution; and Hal Singer, a managing director at Navigant Economics.

The study shines a spotlight on the severe financial duress that many Americans are suffering in the troubled U.S. economy.

Among those eligible to take 401(k) loans in recent years, 20% to 28% of people have an outstanding loan at any given time, the study said. Americans borrowed a collective $105 billion from their 401(k) accounts in 2009.

Defaults often are triggered by financial setbacks such illness or job loss, and many people use the money to pay off other debt or to meet day-to-day expenses.

“Of course, participants are not deliberately defaulting,” the study said. “They only do so when they have no other option.”

People who default on their loans get hit with a triple whammy. Aside from depleting their retirement accounts, they incur taxes on their borrowings and additional penalties of about 10%.

Taking out loans on your 401(k) is obviously not a wise decision but faced with illness, a job loss or other hardship, these people are left with little or no choice. And what happens once they deplete their 401(k) savings? They start collecting food stamps and disability.

The second and equally important thing to note from this study is that America's pensions are under attack. As companies and states switch workers over from defined-benefit to defined-contribution plans, it will only accelerate pension poverty.

Of course, there will always be critics claiming we can't afford public pensions, but I submit that we equally can't afford to starve people, forcing them to deplete their retirement savings and then have them collect food stamps and disability. The social welfare costs of pension poverty and long-term unemployment will break the system and place a huge burden on future taxpayers.

It's very disturbing watching record hedge fund assets and food stamps and more of the same response from Washington, namely, Money, Power, Wall Street and Disability. The disconnect between the financial/ political elite and regular Americans has never been worse.

Worse still, there is no serious effort to break the banking mafia. Forget TARP, banksters have received trillions in free loans from the Fed and they're intent on keeping rates artificially low for as long as they need to profit from interest rate swaps and to bolster their books trading risk assets.

Below, a 2009 report which explains the 401(k) nightmare. As the default retirement plan of the United States, the 401(k) falls short, argues CBS MoneyWatch.com editor-in-chief Eric Schurenberg. He tells Jill Schlesinger why the plans don't work.