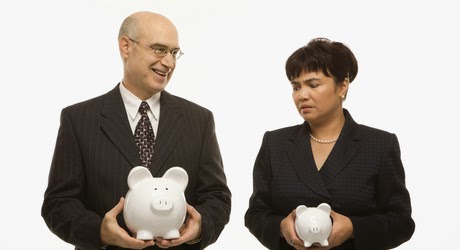 
Pension envy: These days a lot of people have it – and for good reason. According to a new analysis by Hearts & Wallets, a financial-research company in Hingham, Mass., retirees with pensions are considerably better off than their counterparts without pensions.

On one level, that’s what an observer would expect. After all, on average, pensioners have four sources of income – Social Security, the pension, dividends, and withdrawals from 401(k)s, IRAs and other retirement accounts – versus only three sources for non-pensioners.

The pensioners’ advantage is reflected in several statistics from the study. Among them:
Not coincidentally, non-pensioners are more likely to experience anxiety about retirement than those with pensions. While only 21% of those with government pensions and 20% of those with corporate pensions worry about making their assets last, 27% of those without pensions have this concern.

“In focus groups, we saw a lot more burdens and stress among non-pensioners,” says Laura Varas, a principal at Hearts & Wallets, who says tension between the two groups became so strong, the firm ultimately decided to separate them. “We didn’t have any physical violence,” she says, “but it was tense.”

The envy directed at former government workers was particularly acute. On average, they derive 54% of their retirement income from pensions, vs. 30% for those with corporate pensions. Varas says pension envy seems destined to grow: Currently, about half of the nation’s 70-year-olds have either government or corporate pensions. Among 50-year-olds, the portion is just 30%.

Short of getting hired as a government employee, what can a non-pensioner do to improve his or her retirement prospects? Based on the data, Varas suggests three strategies:

Make income investments. Non-pensioners and corporate pension holders with household incomes of $100,000 or more have an average of $438,000 in investable assets, versus $313,000 for those with government pensions. Putting those assets to work in income-producing investments, such as annuities and bonds, may make sense.

Move to a smaller nest. The average non-pensioner has considerably more home equity–$168,000—than the average pensioner. To tap into that equity, those without pensions should plan on downsizing.

Save during the good times. During their working years, 30% of non-pensioners and 24% of people with private pensions have incomes that vary from month to month. In contrast, only 13% of government workers experience variable incomes. Those with variable incomes should bank the excess they receive in flush months, says Varas. Among retirees who manage to save ten times their income by the time they retire – a threshold associated with a financially secure retirement – 64% employed such a strategy.

While I think these three recommendations are excellent, I have one recommendation that supersedes all of them: governments must provide defined-benefit plans for public and private sector workers. This way there will be no pension envy, everyone will enjoy peace of mind knowing exactly what monies are coming to them during their retirement.

Two politicians that get it are Ontario Premier Kathleen Wynne and Finance Minister Charles Sousa. Ontario's new pension plan is raising a lot of questions but in my opinion they're doing the right thing going it alone as long as they get the governance right. If they do it right, they're laying the groundwork for other provinces to follow or join this new fund.

What is going on in Canada is quite silly and sad. Harper and Flaherty should just give in. They will never win this battle.  They're just plain wrong and they know it. There is only one surefire way to get Canada on the right path and that's to enhance the CPP for most Canadians, especially middle income households.

But because our bonehead politicians in Ottawa keep pandering to the financial services industry and bonehead lobby groups like the CFIB that's warning them of the evils of Canada's two-tier retirement system, we have not made any progress on this front. And the timing is crucial. I'm very worried about the Canadian economy and agree with Ontario's Premier, Canada is headed toward a huge economic crisis if no action is taken.

Good pension policy is good economic policy. The public pension problem is real but solving the global pension crisis isn't rocket science. We need to get pensions out of the private sector and into the public sector. The federal government needs to enhance defined-benefit plans for all citizens and create large, well-governed public pension funds that are supervised by an independent investment board that operates at arms length from the government. If you get the governance right and pay your pension fund managers properly, you will see less pension deficits and a better economy.

Maybe the elites going to Davos need a refresher course on pension policy. I'd be glad to provide one and will bring Bernard Dussault, Canada's former Chief Actuary, with me. Bernard made me revisit New Brunswick's pension reforms and I'm glad he did. He's a global expert on pension policy and can teach the Dutch and Danes a thing or two on pensions.

Below, an older debate on pension envy which appeared on the Agenda with Steve Paikin (November 2011). Be wary of those that promote myths on public pensions and use scaremongering tactics to advance their agenda. And it's not just a matter of saving more, people need to have their retirement savings managed by large well-governed public pension funds. That is the only surefire way to cure pension envy.