Push for a Voluntary Pension Fix? 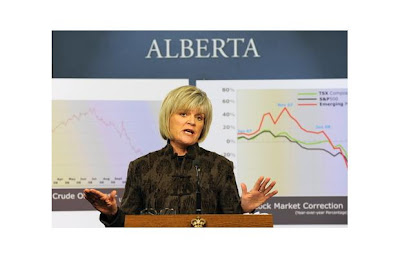 The financial picture for Canada's pension plans got a bit brighter in the July-to-September period of 2009, but not by as much as managers might think, according to a report released this week.

Pension experts Towers Perrin said improving stock markets helped boost the performance of Canadian retirement plans by more than five per cent in the third quarter of 2009 versus the April-June period of the same year.

But compared to December 2008, the investment returns for these retirement vehicles were still about one per cent lower at the end of the third quarter.

"A lot of people are relieved [by the third-quarter fund performance]. But, they might find things haven't improved as much as they thought," said Karen Figueiredo, a principal in the Toronto office of Towers Perrin.

Towers Perrin publishes a quarterly index of pension funds that essentially measures investment performance of these retirement vehicles but not their solvency, she said.

But the same ratio was greater than 70 per cent at the end of December 2008.

Throughout much of 2009, stock markets worldwide and in Canada rose, boosting the overall returns posted by pension plans.

For example, if a pension plan held 60 per cent of its investments in higher risk stocks and 40 per cent in lower risk bonds, Towers Perrin estimated that its portfolio yielded a return of almost seven per cent in the third quarter and 13.6 per cent so far for all of 2009.

Revenge of the discount rate

But in its benchmark calculation, Towers Perrin also included the discount rate, a crucial number used to calculate the plan's payout to retirees. That rate fell during the first nine months of 2009, Figueiredo said.

The reduction was because the discount rate rises and falls in line with yields on corporate bonds, she said. And those yields dropped in 2009 versus 2008.

The conclusion that Canada's pension plans are in better financial shape was mirrored by the mid-year survey conducted by the federal government's Office of the Superintendent of Financial Institutions.

OSFI's sounding of 400 private pension plans, covering the period between June 2008 and June 2009, noted that pension plan assets were 12 per cent less than the amount necessary to cover their liabilities.

But that result represented an improvement versus June 2008, when pension assets were 15 per cent less than the cost of providing retiree benefits.

There is no doubt that pension plans are in better shape after the huge rally in global equities but they still have ways to go before they recoup the losses from 2008.

Some provinces are not waiting for the federal government to fix pensions. The National Post reports that Evans pushes voluntary pension fix (hat tip JP):

Alberta Finance Minister Iris Evans, pictured, says she's prepared to step up efforts to persuade the federal government the best way to tackle the country's pension woes is to establish a voluntary, supplementary plan atop the Canada Pension Plan.

"I don't want to be pushy here, but I really believe it's time for movement forward," Ms. Evans said in an interview with Canwest News Service. If the Conservative government doesn't want to play ball, Ms. Evans said, there is growing support for establishing voluntary provincial or regional pension plans for the seven of 10 Canadians who don't have private pension plans.

Alberta and British Columbia argue a national approach that supplements an individual's CPP and private savings is the best solution to the unfolding pension crisis. The two provinces are prepared to go it alone if Ottawa and the other provinces cannot agree.

Will Alberta and British Columbia spearhead pension reforms in Canada? It sure looks that way but I do hope the federal government takes the lead pushing for a national summit on pensions. The worst thing is to think that the markets will correct the pensions crisis. That's a fool's paradise.