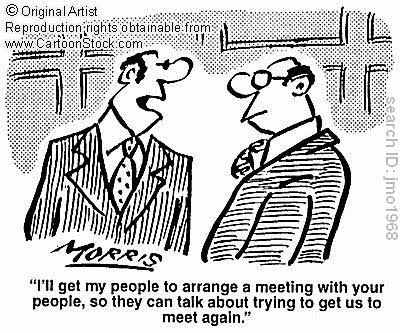 Marc Lifsher of the LA Times reports that CalPERS board votes to tighten disclosure rules for middlemen:

The beleaguered board of the California Public Employees' Retirement System tightened rules requiring outside investment managers to disclose information about the sales intermediaries who help them do business with the $200-billion pension fund.

New York Atty. Gen. Andrew Cuomo's investigation of placement agent activities resulted in the issuance of criminal charges against several state officials and political operatives. Parallel investigations are underway at the U.S. Securities and Exchange Commission and the California attorney general's office, while CalPERS conducts its own internal probe.

The CalPERS inquiry in part focuses on more than $70 million in fees paid by fund managers to a former CalPERS board member, Alfred J.R. Villalobos, for assisting at least four private equity and real estate investment funds to win billions of dollars in commitments from CalPERS.

The new CalPERS policy would expands on a disclosure plan created in May that required fund managers to detail whether they used placement agents, the fees paid to them and their contractual relations. Today's action would make fund managers list all campaign contributions or gifts made to board members by placement agents, putting CalPERS rules in line with a new state law that applies to all government worker pension funds.

At the same time, the 13-member board, meeting as the Investment Committee, rejected a proposal that external fund managers be hit with big monetary penalties if they fail to fully disclose the existence or details of their dealings with placement agents.CalPERS' principal investment advisor, Wilshire Associates Inc. of Santa Monica, formally suggested to the board that fund managers who don't fully disclose their placement agent relationships be penalized with a fine based on a percentage of the CalPERS financial commitment.

"We think that some sort of penalty upfront is likely to get people's attention and force them to comply with the policy," Wilshire's Andrew Junkin told the board.But another of CalPERS' consultants, Michael Moy of Pension Consulting Alliance Inc., disagreed about the need for fines, contending that losing the opportunity to do business with the big public pension is a strong disincentive.

Joseph Dear, CalPERS' chief investment officer, agreed that the loss of a relationship with CalPERS is "a more than adequate" punishment.

The board, however, did not rule out endorsing possible penalties at some future date and asked legal and investment staff to further research the issue.

In addition to requiring increased information about placement agents, the board also is in the early stages of considering a recommendation from its president, Rob Feckner. He has proposed state legislation that would require placement agents doing business with CalPERS to register as lobbyists. They would be governed by the same rules as advocates who work at the state Legislature and most government agencies.

The proposal, which has not been drafted yet, is also backed by state Treasurer Bill Lockyer and state Controller John Chiang, who sit on the CalPERS board.

In the meantime, Feckner has urged fellow board members not to meet with placement agents until all new disclosure policies are in place. In April, New York State Comptroller Thomas P. DiNapoli ordered his own ban. The SEC is considering a similar action.

I have already shared with you my thoughts on so-called middlemen. For the most part, they are financial parasites who add very little value to institutional clients looking to make decisions on which funds to invest with. I would simply ban them altogether.
There are some exceptions, but they are few and far between. Either way, disclosure rules for middlemen should be mandatory for all public pension funds. Everything should be disclosed, including board minutes and benchmarks governing public AND private investments.