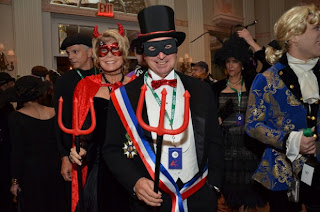 The survival of the carried-interest tax break created by high-paid lawyers for some of the richest Americans is ironic given that President Barack Obama’s announced goal in the fiscal cliff negotiations was to tax the richest Americans more. Now, there will be some rich lawyers and dentists who are paying higher taxes while the far richer hedge fund and private equity moguls the lawyers and dentists work for will experience less of a tax hit. Nobody will cry for the hip surgeon who is being taxed more, but there are no hip surgeons on the Forbes 400 list of richest Americans. There are, however, 31 hedge fund managers on the Forbes 400, representing 8% of the nation’s wealthiest individuals. There are another dozen or so private equity guys on the list, too.

The hedge fund and private equity victory in Washington is pretty impressive given that these rich industries overwhelmingly supported Mitt Romney, a former private equity mogul himself, in the presidential election. In addition, some prominent rich people, like Warren Buffett and David Tepper, himself one of the most successful hedge fund managers in the nation, have called for getting rid of carried interest.

But hedge fund and private equity rich guys have successfully deflected away repeated attempts to change the way they are taxed on performance fees. They have argued that carried interest is appropriate because the capital has been at risk in their funds; that the political fight over carried interest is not worth it because eliminating it would not pick up much revenue in the big fiscal picture; and that targeting hedge funds and private equity funds and not other industries that apply carried interest, like the politically powerful real estate business, would be unfair. President Obama might still give it another try in his second term, but for now there seems to be little enthusiasm for doing anything about carried interest in Washington.

Are you shocked? I'm not. Dentists and hip surgeons don't have Washington in their back pocket. Hedge funds and private equity own Obama, Romney and other influential politicians.

The fiscal cliff trojan was the biggest non-event of 2012. It was comical watching these political monkeys make complete asses of themselves. At least European leaders make their fiscal cliffhangers look serious but they too are incompetent fools pandering to their financial masters.

If you want to understand the real deal, you have to read Michael Hudson's comment on America's deceptive fiscal cliff. I posted it as part of a long trilogy in my last comment of 2012 on the new depression. More than any other economist, Michael understands how the power elite shape policy in their favor:


Shifting the tax burden onto labor and industry is achieved most easily by cutting back public spending on the 99%. That is the root of the December 2012 showdown over whether to impose the anti-deficit policies proposed by the Bowles-Simpson commission of budget cutters whom President Obama appointed in 2010. Shedding crocodile tears over the government’s failure to balance the budget, banks insist that today’s 15.3% FICA wage withholding be raised – as if this will not raise the break-even cost of living and drain the consumer economy of purchasing power. Employers and their work force are told to save in advance for Social Security or other public programs. This is a disguised income tax on the bottom 99%, whose proceeds are used to reduce the budget deficit so that taxes can be cut on finance and the 1%. To paraphrase Leona Helmsley’s quip that “Only the little people pay taxes,” the post-2008 motto is that only the 99% have to suffer losses, not the 1% as debt deflation plunges real estate and stock market prices to inaugurate a Negative Equity economy while unemployment rates soar.

Who else was a big fiscal cliff winner? AlterNet reports that among the 8 huge corporate handouts in the fiscal cliff bill, Goldman Sachs received a subsidy for its headquarters:


5) Subsidies for Goldman Sachs Headquarters – Sec. 328 extends “tax exempt financing for  York Liberty Zone,” which was a program to provide post-9/11 recovery funds. Rather than going to small businesses affected, however, this was,  according to Bloomberg, “little more than a subsidy for fancy Manhattan apartments and office towers for Goldman Sachs and Bank of America Corp.” Michael Bloomberg himself actually thought the program was excessive, so that’s saying something. According to David Cay Johnston’s The Fine Print, Goldman got $1.6 billion in tax free financing for its new massive headquarters through Liberty Bonds.

In typical Washington style, there was more pork in that fiscal cliff bill than you can imagine. Congress rammed it through right before midnight hoping that nobody would notice. One thing they forgot was to vote through the $60 billion aid to help New York, New Jersey and Connecticut rebuild after Hurricane Sandy. This created quite a furor which was later defused when the idiots remembered the 99% are the ones that vote them in. 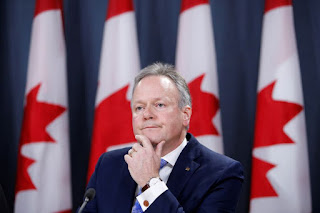 Zane Schwartz of The Logic reports Canada’s 10 biggest pension funds have lost an estimated $104 billion in public equity amid market chaos:
When the S&P 500 closed at a record high on February 19, Canada’s major pension plans, with more than a quarter of their investments in stocks, were in a comfortable position in spite of the looming coronavirus pandemic.

Five weeks later, Canada’s 10 largest pension funds — upon which millions of Canadians are relying for retirement—have lost an estimated $104 billion, according to an analysis by The Logic.

But not all pensions are created equal, and while some—including the country’s largest, the Canada Pension Plan Investment Board (CPPIB)—have high exposure to public markets, others have managed to mostly skirt the crash that has seen the S&P 500 lose roughly US$8 trillion this year.

Canada’s 10 largest pension funds have an average of 27 per cent of their assets invested in the public markets, based on an analysis of each firm’s disclo…
Read more