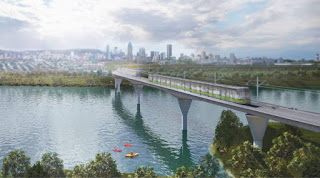 
“It’s certain. Whether in the form of the REM or tramways … for sure we will require local content,” he said Saturday at the Coalition Avenir Québec’s party convention on green issues in Montreal.

The Caisse, Quebec’s pension fund operator, has a mandate to operate independently and free of political interference in its decisions.

Legault said Saturday he never understood why the former Liberal government did not require the Caisse to purchase products manufactured in Quebec.

Environment Minister Benoit Charette echoed the statement, telling reporters there will be a local content requirement for the second phase of the REM transit network. He added that any infrastructure project related to public transit will now have Quebec content requirements.

“Quebec grants the contracts. It determines the mandates. So, it has every right to require certain special clauses,” he said.

The CAQ government has pledged to extend the REM, which the Caisse owns, by nearly 40 kilometres to Laval and Chambly. Public funds will pay for nearly half of the more than $6-billion project.

Keep in mind, unlike other large Canadian pension funds, CDPQ has a dual mandate:
CDPQ has faithfully fulfilled both these mandates. At the end of 2018, CDPQ's assets in Quebec totaled $63.8 billion, including $44.3 billion in the private sector.

In fact, out of a total of $310 billion in assets, $64 billion are invested in Quebec (21% out of 36% total invested in Canada), a staggering amount for any major pension fund to invest locally.

Nevertheless, this figure includes the Caisse's massive real estate portfolio and has been coming down over the last ten years as the fund diversifies globally: 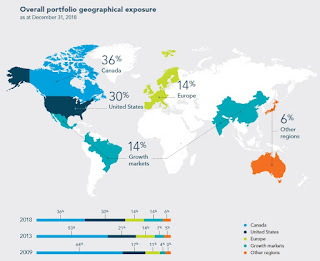 But all that Quebec exposure hasn't hurt its performance over the years. CDPQ posted a solid return of 4.2% in 2018, beating out almost all its peers which are far more diversified globally. That is a testament to CDPQ's overall diversified portfolio which includes private equity all over the world and here in Quebec.

Getting back to the article above, it seems like the Caisse is running into a governance issue on the continuation of this REM project (REM2). On the one hand, CDPQ owns the project and is ultimately responsible for its success or failure and on the other, the Quebec government is footing a portion of the bill ($1.28 billion) and feels it has a right to demand that the Caisse purchase Quebec trains for the second phase of the project.

My thoughts on this have not changed since this innovative greenfield  project was launched. CDPQ must operate in the best interest of its contributors and beneficiaries. This means it must operate at arm’s-length from all governments as even the mere hint of government interference can prove to be disastrous.

Importantly, if CDPQ chooses a Quebec-based supplier for the sake of Quebec nationalism, rather than in the best interests of its contributors and beneficiaries, we are headed down a slippery slope.

Imagine if CPDQ Infra went out to do a competitive tender and every Quebec-based company knew the government is demanding local content. What incentive is there for these local companies to put in the cheapest possible bid knowing they have a government-mandated guarantee over international competitors?

Having said this, it's obvious the Caisse's dual mandate causes confusion in Quebec's political circles where politicians think it's entirely appropriate to demand things from the Caisse, basically not respecting the governance structure that led to the organization's long-term success.

Conflicts always arise. In February 2018, there was huge disappointment that Bombardier was shut out of the $6.3-billion light-rail transit project, but Caisse CEO Michael Sabia rebuffed this assertion and explained they had to follow a rigorous tender, awarding the $1 billion contract to SNC-Lavalin and France’s Alstom to provide rolling stock, systems, operation and maintenance for the project.

Now, SNC has its own problems these days but the selection of it and Alstrom was the right decision as the Caisse undertook a rigorous and competitive bidding process which respected international rules and regulations.

This is exactly why Quebec's Economy Minister Pierre Fitzgibbon expressed his position more cautiously. “We’ll see what will happen with the project, how we’ll connect the North Shore and the South Shore. When we have decided what to do, we certainly like to support Quebec, but there are international rules that must be respected,” he said.

In other words, if the government does not respect these international rules and regulations, Quebec's large companies will be banned from bidding elsewhere, a risk not worth taking.

Lastly, it is important to understand the Caisse is responsible for delivering this project on time and within budget and operate it afterward. It needs to realize a return and that benefits all Quebecers. François Legault's government should realize this and stop playing nationalist politics with Quebec's pension fund.

Below, Michael Sabia speaks with Mutsumi Takahashi of CTV News Montreal (December 2016). Sabia also spoke to CTV Montreal after they decided not to go with Bombardier for the REM project (2018). 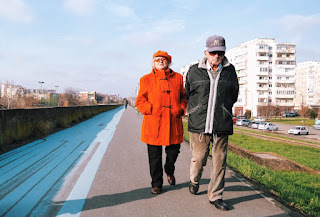