LPs Lost in the PE Shuffle? 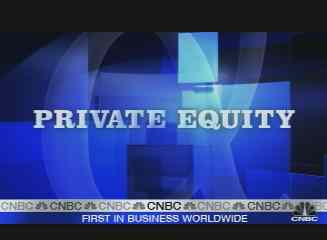 Cinven Ltd. reaped a 70 percent profit on its investment by selling German academic publisher Springer Science+Business Media GmbH in December. Danish pension manager ATP, one of the leveraged buyout firm’s backers, isn’t sure what it’s made.

ATP is also an investor in EQT Partners AB, the Stockholm- based firm that acquired Springer in a transaction valued at 2.3 billion euros ($3.1 billion). The Copenhagen-based company, which oversees about 6 billion euros in private equity funds, is one of a growing number of investors who are, in effect, selling companies to themselves in so-called secondary buyouts.

“It takes returns away from the investors who are in both the selling and buying funds,” Soren Brondum Andersen, a partner at ATP Private Equity Partners, said in an interview. “There are significant fees,” he said. “It’s also difficult to generate 10 times your initial investment the second or third time” a company is acquired.

Secondaries accounted for a record 46 percent of all leveraged buyouts in Europe by value this year, according to London-based research firm Preqin Ltd. Dealmakers can net between 2 percent and 5 percent of the purchase price in fees, according to Andersen. Based on his estimate, private equity managers made as much as $1.8 billion in fees from the $35.3 billion of secondary buyouts announced globally this year.

Firms from New York-based KKR & Co. LP to London-based BC Partners Ltd. are buying companies from one another as they rush to invest $470 billion of capital they amassed before the credit crisis cut off the debt financing they rely on to fund their acquisitions. Firms typically have five to six years to invest investors’ pledges to their pool. They’re also seeking to sell assets they were forced to retain as the credit crisis also brought the pace of initial public offerings to a halt.

Firms have announced 128 secondary LBOs worldwide this year valued at $35.3 billion, up from $9.9 billion for all of last year, according to Preqin. Private equity funds raised $57 billion in the third quarter, 16 percent more than in the previous quarter, when commitments fell to a seven-year low, according to Preqin.

‘Still Own The Asset’

In North America, secondaries account for almost a fifth of all buyouts by value this year, more than twice the level of three years ago.

“I am concerned this is an increasing trend,” said Rhonda Ryan, head of the European private-equity funds group at Pinebridge Investments, a former unit of insurer American International Group Inc. that has about $18 billion in the funds. “Investors don’t necessarily like being on both sides of those deals because we pay fees and carried interest, and we still own the asset.”

In cases where investors are in both the selling and the buying funds, they technically receive a cash distribution from the first and a call on their undrawn commitments from the second.

No-one can precisely distinguish the “pass-the-parcel” deals from the rest, and they are becoming increasingly prevalent, said Neil Harper, managing director at Morgan Stanley’s private equity funds of funds unit in Europe.

“You either have a superior insight, specialization, an angle that helps you pay a little more than the others, or you nudge the debt package and pay a higher price because you need to invest,” he said. “The concern is that you have more of the latter than the former. This will affect returns.”

Firms led 68 secondary buyouts in Europe and 56 in North America this year, according to Preqin. Secondary deals are more prevalent in Europe because private equity-backed companies can go public more easily in the U.S. because of greater investor demand for those assets and the existence of Nasdaq, which gives smaller and high-growth companies access to public markets, said Celine Mechain, who advises private equity firms at Goldman Sachs Group Inc. in Paris.

“What we’re concerned about is that large buyout firms aren’t able to deploy capital into large deals and they are buying into smaller secondary buyouts and paying more than they should,” Greenwood said. “I doubt KKR will be able to deliver more than one-and-a-half or two times this time.”

“Secondary buyouts are almost of bubble of their own,” said Jon Moulton, who helped start the funds that grew into CVC Capital Partners Ltd. and Permira Advisers LLP, two of Europe’s biggest private equity firms. “If firms keep selling assets to one another, how real are their prices? how real are their returns?”

Overall, returns from secondary buyouts are similar to primary deals, according to internal research by Pantheon Ventures, an investor in more than 1,000 private equity funds. The London-based firm declined to publish details of its internal study.

“One should differentiate the pass-the-parcel deals, in which the buyer doesn’t add value, and the transformational ones, which are producing higher returns,” said Helen Steers, head of Pantheon’s European primary funds group.

An official at Cinven declined to comment on the Springer sale. An official at EQT didn’t return calls seeking comment. Cinven and London-based Candover formed Springer Science in 2003 by combining Kluwer Academic Publishers and BertelsmannSpringer.

EQT said in a December statement it plans to “drive the transformation” of Springer into “an online scientific, technical and medical publisher as well as to further expand the market-leading book publishing business.”

“If they don’t perform, investors will not look at the fund manager favorably when it raises a new fund,” Ryan said.

Some fund managers say they are already taking note.

“I don’t think our industry can create its track record by selling companies back and forth to each other,” Permira Advisers LLP co-head Kurt Bjoerklund said in a Sept. 29 interview with Bloomberg television. “Ultimately there has to be an exit, either to public markets or to industrial buyers.”

Sure sounds like a bubble in secondaries. That's what happens when there is too much money chasing too few deals. GPs are fleecing LPs but there are limits to these shenanigans before the latter catch on and realize that they're being duped. Private equity is still in a deep slump and that may change if markets gain traction, but watching the nonsense going on in the secondary market tells me that the old PE model is dead and only the best funds will survive the coming shakeout.