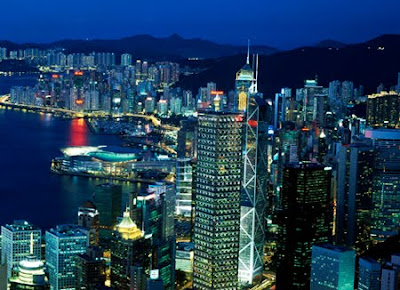 Tara Perkins of the Globe and Mail reports, CPPIB's Wiseman focuses on Asia:

Mark Wiseman, the man in charge of investments at the Canada Pension Plan Investment Board, has a habit of checking his wrists.

It’s something he started a couple of years ago, but these days he’s doing it all the time.

That’s because on his frequent travels to Asia, Mr. Wiseman collects cufflinks with Asian pictures and patterns.

“I have them on almost every day,” he says. “I like them, but I also think it’s good to wear them to remind myself that I’ve got to be thinking about Asia.”

His taste in accoutrements isn’t the only thing that’s changed in the past few years. Asia has eclipsed Europe in his travel schedule. “It’s not that Europe is unimportant, it’s just relatively less important,” he says.

Mr. Wiseman and his fellow executives are increasingly turning their sights to Asia in an effort to ensure the fund’s required future growth trajectory. It’s estimated that CPP contributions will exceed the amount the plan pays out each year until the end of 2021, after which some of the fund’s investment profits will be needed to help pay CPP benefits.

The CPPIB opened its first office outside Canada in Hong Kong in early 2008, and its only other foreign office is in London. In September, Mr. Wiseman made the trek to Hong Kong for the opening of a new, larger, CPPIB office.

“We were already out of space,” he said. “Our growth [in Asia] has exceeded our expectations.”

The office has roughly 15 investment professionals and five support staff, but that’s expected to double.

The CPPIB has already committed more than $1.6-billion to eight private equity funds that focus on greater China and smaller emerging countries in Southeast Asia (excluding India). It has almost $350-million invested in China’s real estate market and more than $1-billion in a passive index portfolio that trades in Hong Kong, out of a total portfolio of $138.6-billion.

But what’s causing Mr. Wiseman some anxiety is the fact that less than 1 per cent of the fund’s assets are directly invested in China. Although the CPPIB is already ahead of many peers in China, Mr. Wiseman is working to ensure that it substantially ramps up its investments in the country, and that the fund has access to the phenomenal economic growth expected to continue there.

“The reality is that China will be the largest economy in the world,” he said during an interview in his office, as he pointed to a presentation that was recently given to the fund’s board of directors. “To go to the United States or Europe [to invest] is an easy thing to do, but it’s not reflective of what the world looks like today and it’s certainly not going to be reflective of where the world’s going to be long term.”

Over time, CPPIB wants to become a player in India and other areas of Southeast Asia. “We’re focused on building a presence in emerging markets, but China’s the logical place to start,” Mr. Wiseman said.

The fund’s strategy has been to find partners with local knowledge, including big North American names such as KKR Asia and TPG Asia, but mostly Chinese-based private equity firms such as CITIC Capital and Hony Capital.

“We know we’re going to get taught some lessons along the way, and so we’re not jumping in with both feet,” Mr. Wiseman said.

But as it learns from the locals and assembles its team on the ground, CPPIB is setting the stage for its first large direct investment in China. It has hired Peter Chen, a direct investor who was a founding member of Bain Capital Asia and prior to that was a manager at General Electric Corporate Financial Services, with responsibilities for greater China.

Asked whether CPPIB has created a position as head of its Asian business yet, Mr. Wiseman said “stay tuned.”

A number of large funds are increasingly setting their sights on Asia. There are tremendous opportunities in Asia, but there will also be some major hiccups along the way. Nouriel Roubini is the latest economist to warn that China is overheating.

Finally, I invite you to carefully read the Absolute Return Partners' November commentary, Four Rather Sick Patients. I quote the following:

The problem in a nutshell is that many EM currencies are either explicitly or implicitly tied to the US dollar, and US interest rates are far too low to suit the fast growing economies of Asia and Latin America. Hence the lax monetary policy in Washington is not only creating asset inflation in the US (and therefore also by implication elsewhere), but consumer price inflation in emerging market countries across the world.

This is no different from the benefits enjoyed by countries such as Ireland and Spain when they joined the eurozone. They feasted on low interest rates for years but, ultimately, reality caught up. Governments in many emerging market nations are now repeating those mistakes, and it can only end in tears; however, it will take time. In the meantime, there will continue to be considerable upward pressure on EM currencies.

Will it end in tears for EMs and China? It's possible but I remain more optimistic, believing the Chinese will use their vast foreign exchange reserves to spur new industries like alternative energy and keep growing their way into the next decade. Is CPPIB wrong to place so much focus on Asia? Not at all. They need to build an extensive network, investing in both public and private funds in Asia, and capitalize on opportunities as they arise. But Mark Wiseman is right, they will be taught lessons along the way, and there is no rush to jump in with both feet.