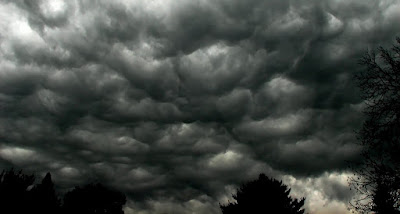 The Towers Watson Pension Index is a measure of funding ratio based on the projected benefit obligations for a benchmark pension plan. It tracks seven markets — U.S., U.K., Canada, eurozone, Brazil, Japan and Switzerland.

“It is kind of interesting that with all the money supply growth, interest rates continue to drop,” said Jerry Mingione, senior retirement consultant at Towers Watson.

Despite all the turmoil in 2011, the eurozone had the smallest decreases in funding next to Brazil, falling by 4.5% to 87.5. Mr. Mingione said the eurozone took a different path than the other markets in reaching a funding ratio decline as interest rates remained stable or slightly up for the year, while investment returns declined 2.1% for the year.

Pension funds across the world felt the detrimental impact of the euro-zone sovereign debt crisis last year, with turbulent stock markets leading to losses in all major pension markets examined by a new Towers Watson survey.

In its Global Pension Finance Watch, the consultancy said that, despite a stock market recovery in the fourth quarter of the year, uncertainty over the previous three quarters led to overall negative growth of -2.1% among euro-zone schemes, with Japan's pension funds returning -8.1% over the year and Swiss schemes falling by 0.9%.

Pension funds monitored by Towers Watson in the UK were able to boast returns of 8.6% in the three months to December, with overall returns reaching 7.6% in 2011.

According to a more detailed breakdown of returns, euro-zone domestic equities fell by 12.9% over the year, with international equity returns coming in at 0%, aided by 12.1% growth during the fourth quarter.

However, despite the positive returns for countries such as the UK, as well as the US, Brazil and Canada, declining bond yields led to double-digit increases in liabilities in three of the seven regions examined.

Gilt yields – depressed through the Bank of England's quantitative easing stimulus package – led to a 17.6% increase in liabilities, with Swiss liabilities increasing by almost 8%.

Pension funds within the euro-zone were able to offset weak returns by only seeing liabilities rise by 3% on average, the lowest calculated rise.

"And 2011 was no exception," she added. "We expect these economic trends to cause employers to continue to evaluate their overall retirement benefit plan risk-management strategies."

The perfect storm for pensions: declining interest rates and falling asset prices, both ravaging funding levels. But for pensions plans that are paying out inflation-indexed benefits, it's the decline in real yields that has the largest impact on their funded status.

Remember what Neil Petroff, CIO of Ontario Teachers' told me, for every 1% decline in real rates, their liabilities go up by $25 billion. And he added: "If U.S" plans used our discount rate to project their future liabilities, many would be insolvent."

Not just Teachers', most Canadian plans use much lower discount rates, which is one of the reasons Canada had the biggest year-end decline in funding, dropping 16.2% to 57.1. But the truth is Canadian corporate plans are not doing enough to match assets with liabilities.

This is why I've long being arguing that corporations have no business managing pension plans. With few exceptions, their track record is abysmal. Pensions should be a public good. We should be enhancing and expanding our large public pension funds to give more Canadians adequate coverage. I would shut down all corporate DB plans and roll them up into large public DB plans.

Those who think my proposals are 'radical' do not see the future. I see the writing on the wall and it isn't pretty. We are tinkering with pensions or worse, incorporating policies that will accelerate pension poverty and lead to huge economic inequities and rising social and healthcare costs.

Global corporate pension plans' are sick. Funding levels will improve if interest rates start rising along with asset prices, but the truth is that this won't make enough of a difference to restore corporate plans back to health. Only serious reforms on all levels will restore the health of our pension system. Problem is nobody has the political courage to do this in an intelligent way, demanding compromises from all interest groups.

Pension funds may abandon the use of OTC derivatives due to increasing costs and more stringent regulations, professional services firm Towers Watson said in a recently released report. These institutional investors have long used derivatives tied to inflation and interest rates to manage the risk associated with their portfolios.

On February 9, the Council of the European Union and the European Parliament voted to approve the European Market Infrastructure Regulation, which provides new laws related to the trading of OTC derivatives, according to aiCIO Magazine. The new regulations will enable various derivatives to be traded in marketplaces similar to exchanges and be cleared through central counterparties.

While some of the derivatives used by pension schemes are not yet affected by the new regulations, the financial instruments could soon fall under the new laws. OTC derivatives that do not need to be centrally cleared will require more collateral, raising costs for market participants that want to use them.

The paper also references the new capital specifications of regulators, expressing concern that the desired transactions will obligate investors to keep large amounts of cash on hand, which represents capital that could be placed into other higher-yielding assets.

I'm not sure how this will impact funding levels. The most sophisticated pension plans use OTC derivatives to effectively and inexpensively match assets to liabilities. If the costs of doing this goes up, then this isn't good news for pensions using OTC derivatives in their asset-liability management.

Below, Katie Stockton, MKM Partners, and Abigail Doolittle, Peak Theories, chart the market's outlook, which indicates a serious correction in the next three to twelve months. Ms. Doolittle warns of a "50% correction in the S&P 500 over next20 years". Ms. Stockton sees a small pullback and consolidation in the intermediate term before we move higher.

Technical analysts are so cute with all their charts. We're heading higher folks -- much, much higher. Keep buying the dips on risk assets or you'll end up chasing them in the second half of 2012.