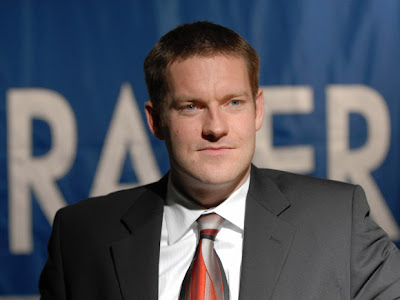 It was one of the most profitable Canadian pension funds in 2010-11, but critics are unwavering that the public service pension fund is unsustainable, going so far as to brand it one of the "biggest drivers of deficit."

The Public Sector Pension Investment Board — which watches over about $58 billion in assets, making it the third-largest pension fund in the country — posted a 14.5 per cent return in 2010-11, resulting in a $7-billion gain after expenses, the board said in an annual report it tabled last week.

But the successful year isn't reassuring for some who still argue the public service pension system is set up in such a way that funding deficiencies will always fall on taxpayers instead of workers.

"Canadians are backstopping the pension shortfalls of public-sector workers," said Niels Veldhuis, vice-president of research with the Fraser Institute.

The investment board manages the pension funds for public-service employees, the RCMP and the Canadian Forces and posted better earnings last year than the other industry beasts.

For instance, the Canadian Pension Plan Investment Board, the largest Canadian pension fund, which oversees $148.2 billion, saw gains of 11.9 per cent during the fiscal year. The Ontario Teachers Pension Plan oversees $104.7 billion and reported 14.3 per cent gains for its fiscal year, which ended Dec. 31, 2010.

Even though the numbers suggest the public service pension fund has been well-managed, some right-leaning critics still aren't buying it.

"We cheer when they have strong returns because government's liability is mitigated," said Gregory Thomas, national director with the Canadian Taxpayers Federation.

It's possible the upward trend will reverse, throwing responsibility for retired public servants and members of the forces and RCMP pensions to the public, he warned.

"When you take (a public servant's) salary and their extended benefits and their incentives, essentially they're looking at guaranteed payment for life. . . . This is one of the biggest drivers of deficit," Thomas said. "Other Canadians don't enjoy anything remotely similar."

Pitting different working groups against each other, focusing on what one group gets compared to another, is a futile practice, said Patty Ducharme, the national executive vice-president at the Public Service Alliance of Canada, one of the country's largest unions.

"Pointing fingers at each other is frustrating and foolish and doesn't deal with any problem," she said. "The problem is not the cost of these pension plans."

Employees are doing their part for the fund, she said, noting that each year since 2005, public-sector workers have increased their contribution rates, and that they will continue to do so through to 2013.

The average annual pension paid to federal public servants as of March 2009 was $24,506, according to the most recent information available.

The opinions at the fiscally conservative Fraser Institute on the pension fund run parallel to those at the Taxpayers Federation.

Private-sector businesses have been moving toward defined contribution pensions, wherein employers and employees contribute to the fund, which remains in the hands of the worker, explained Veldhuis.

On the other hand, public servants have defined-benefit plans, an arrangement under which the employer — the government in this case — agrees to pay a certain benefit upon retirement, regardless of whether the funds are available.

"If public-service pension funds in the federal government don't have enough assets to pay benefits for the workers, the shortfall falls to taxpayers," Veldhuis said.

The public-sector pension-investment board posted modest losses in 2007-08, followed by 22.7 per cent losses in 2008-09, when the markets were hit by the economic downturn.

The economic recovery, coupled with some shuffles in its investment portfolio, has helped the fund recover its losses and begin earning more than prior to the downturn.

Still, at the end of the 2009-10 fiscal year, there was a $224-million liability for all public-sector pensions — those which the public-sector pension-investment board holds as well as those for federally appointed judges and MPs — according to the most recent federal accounting books.

"If we look at how people were hit during the economic downturn, individuals were hit, but larger plans seemed to weather the storm," she said, suggesting that when a plan covers a larger pool, the risk is not as steep as it is for one individual. "Quite frankly, just saying it's your responsibility . . . I don't think is a solution."

Ms. Ducharme is right, the public-service pension system has weathered the economic downturn better than alternative models such as private defined-contribution plans (read my comment on why the fuss over pensions to understand why this is so).

Having said this, Ms. Ducharme and all public servants have to understand the economic realities of our debt-laden economies and appreciate the fact that public pensions are not a vested right. People are living longer, public budgets are strained and private sector workers are working harder, taking home less pay and are not going to top up underfunded public pension plans. All stakeholders have to give something up in order to preserve our public pension plans.

As for the Fraser Institute and all other right-wing attacks on public pensions, I take whatever they have to say with a shaker of salt. I critically examined PSPIB's FY 20011 results as well as the sham Special Examination conducted by the Auditor General of Canada and Deloitte, but I am not calling for radical changes to the public service pension plan. We need sensible pension reforms, better pension governance, more transparency, not more fear mongering by right-wing lunatics who worry that the debt ceiling will cave in on us (it won't so keep buying the dips!).