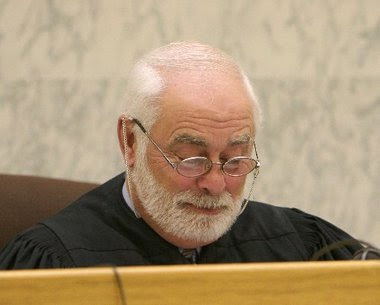 Before I get into my latest topic, I was advised by a union member that PSP Investments released its Annual Report 2011. They do this every year around this time because Parliament has to approve it before they post results. Problem is that the fiscal year ended in March (March 31st 2010 to March 31st 2011) and the delay in reporting the results publicly is unacceptable. Most people are away on vacation this time of year so reporters do not cover it.

The overall results are excellent, up 14.5%, or 180 basis points above the benchmark portfolio which returned 12.7% in FY 2011. But I want to take my time and go over PSP's annual report over the weekend, as well as the Special Examination 2011 performed by the Office of the Auditor General of Canada (OAG).

Given that I worked as a senior investment analyst at this organization in the past covering public and private markets, have tremendous respect for some individuals there (most aren't slimy weasels), and know senior people at the Treasury Board and the Office of the Auditor General of Canada, I promise to be fair, professional but ruthlessly critical in my comments covering the annual report and the OAG's special examination (trust me, you don't want to miss it!).

So let me get onto my Friday comment. Lisa Fleisher of the WSJ reports, Judge Sues N.J. Over Pension Cuts:

Judges, who must retire at age 70, are now required to contribute 12% of their salary, up from 3%. The state Constitution says that judicial salaries "shall not be diminished during their term of appointment." The lawsuit also said that an earlier draft of the legislation cited the constitutional requirement.

It's at least the second lawsuit filed challenging the cuts, which require current workers to contribute more of their salaries to receive the same pensions.

The Democratic leaders of the Legislature bucked the majority of their own party by putting the bills up for a vote. Unions vowed to take revenge in the November elections.

Michael Drewniak, a spokesman for Mr. Christie, pointed out that judges previously contributed an average of $59,300 to their pensions during their time on the bench. "Judge DePascale should probably just say, 'Thank you' and look forward to a comfortable retirement," he said.

New Jersey’s public worker pension and health benefits increases should be revoked for state judges because they unconstitutionally slash their salaries and undermine judicial independence, a state Superior Court judge claims in a lawsuit filed Thursday.

The complaint, filed Thursday by Superior Court Judge Paul DePascale, who sits in Hudson County, is the first legal challenge to the landmark health and benefit law enacted last month. State public employee unions angered by the changes are also vowing to go to court.

The complaint says the law runs counter to the part of the state constitution that says the salaries of the Supreme Court justices and Superior Court judges "shall not be diminished during their term of appointment."

"It diminishes the salary of all justices and judges appointed before the enactment of the subject legislation during their term of appointment and, by doing so, unconstitutionally and adversely (affects) the public and the independence of the judiciary," DePascale’s attorney, Justin Walder of Roseland, wrote.

"Of all classes of New Jersey state employees, judges of the Superior Court have enjoyed the lowest pension contribution rate and received the richest pension benefits," Drewniak said. "Judge DePascale should probably just say thank you and look forward to a comfortable retirement."

Drewniak said before changes judges’ contributions covered less than 10 percent of their pensions, while other public workers contributed about half. He said the average annual pension for a retired judge in the Judicial Pension System is $107,540.

DePascale, however, said in his court filing that his deductions will increase "steadily and dramatically" over the next seven years. His pension deductions would be hiked $14,849 by 2017, when he would be paying $18,137 into the pension system, according to court filings.

DiPascale also said his health benefits contribution would more than double to $5,230.86, based on state estimates that would allow different levels of coverage, according to court papers.

Judges currently pay 1.5 percent of their salaries toward their health care benefits. The new law requires them to pay 35 percent of the premium cost.

The lawsuit concedes no New Jersey court has addressed its contention that increasing benefit contributions constitutes a salary cut, but it noted the Delaware Supreme Court ruled it was.

Winnie Comfort, spokeswoman for the Administrative Office of the Courts, said Rabner is aware of the suit but has no comment. An initial hearing before Mercer County Assignment Judge Linda Feinberg is set for Sept. 16.

I've already expressed my thoughts on this and other similar articles in comment on whether public pensions are a "vested right." I don't think so. While I empathize with public sector employees who contributed to their pensions, I'm also keenly aware that they shouldn't enjoy benefits that their private sector counterparts don't have, namely, retirement security for the rest of their life once they retire.

The state of New Jersey made its share of mistakes too, not topping up its state plan when it should have, but when the money isn't there, I don't think it's reasonable for judges and state workers to challenge the constitutionality of the cuts in benefits. If catastrophe strikes, all the laws in the world will not protect these public sector workers. People have to keep that in mind and stop thinking they're entitled to "gold-plated" pensions. They simply aren't part of this planet if that's what they think.