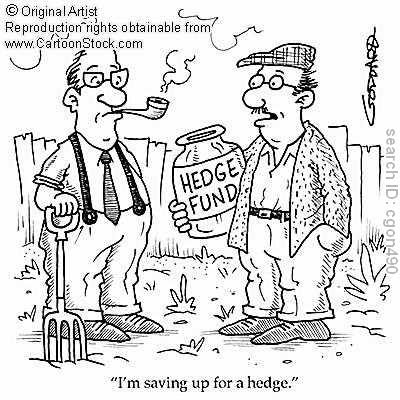 The number of pension schemes looking to invest money with hedge funds doubled during 2009, according to a leading investment consultancies.

“A lot of institutional investors have got over the emotional block that hedge funds are risky products that they should be scared of. Clients are much more comfortable with the asset class,” Guy Saintfiet, a senior hedge fund researcher at Hewitt told the Financial Times.

Other consultants – which play a crucial role as intermediaries in guiding pension funds’ investments – also report a change in attitudes towards hedge funds. According to Damien Loveday, a senior investment consultant at Towers Watson, pension fund trustees had become more sophisticated. Most UK schemes were now looking to allocate up to 15 per cent of their portfolio to hedge funds, Mr Loveday said.

Pension fund managers are also looking to make allocations directly to hedge fund managers. In the past, institutional investors have preferred exposure via a fund of funds, which pools money and makes diversified investments.

Several of the largest pension funds have already indicated that they are looking to make significant direct allocations to hedge fund managers. The £28bn University Superannuation Scheme – the UK’s second largest pension plan – said on Tuesday it expected to invest with as many as 30 managers during the next two years. Its investments will add up to £1.4bn.

In the US, Calpers, the world’s largest pension scheme, said in its end-of-year statement that it had conducted due diligence on 66 hedge funds. Like many of its peers, it has yet to make any investment.

According to BarclayHedge, the industry data provider, inflows into hedge funds have only just returned to pre-crisis levels.

“The inflow of $54bn [£34bn] in the latest four months reversed only a small portion of the redemptions of $402bn from September 2008 through July 2009,” said Sol Waksman, BarclayHedge chief executive.

But this year will see actual pension fund allocations rise significantly, according to Hewitt. “Some of the allocations clients are ready to make are very significant,” Mr Saintfiet said.

Such large allocations are not just for the largest hedge funds either. The New York State Common Retirement Fund allocated $250m last week to Finisterre, the London-based emerging markets fund, which manages just under $1bn.

Let me remind these pension parrots of a few things. First, 2009 was all about beta. No surprise that hedge funds came back from the brink as most of them are taking leveraged beta bets. Second, going forward, it's going to be all about alpha. While going the direct route makes sense (avoid the double layer of fees of funds of funds), the reality is that the majority of pension funds heavily rely on pension consultants to conduct a proper due diligence on these hedge funds. Some of these consultants are good, most are pathetic. Same goes for funds of funds.

Third, and most importantly, hedge funds are not out of the woods yet. Margot Patrick of Dow Jones reports in the WSJ, Despite Gains, Most Hedge Funds Can't Make Performance Fees:

Despite average 20% returns last year across the industry, most hedge funds still weren't collecting performance fees at the end of 2009 because they hadn't fully recouped investment losses in the financial crisis.

According to data from Hedge Fund Research Inc., just 31% of funds were in a position to collect performance fees at the end of the fourth quarter. HFR estimates that just over 50% of funds reached their "high water marks" some time in 2009, but not all of them stayed above that level.

Until funds get back to their high points, managers usually can't collect performance fees--typically around 20% of any gains. Without that extra money, hedge fund firms can struggle to keep paying staff out of management fee income--usually 2% of investors' capital. It also gives employees less of an incentive to stay on board, if they could instead get a share of performance fees running a fund that is above its high water mark.

The financial crisis that started with a credit crunch in mid-2007 and picked up steam with Lehman Brothers' bankruptcy in September 2008 wreaked havoc on hedge funds, leading about 2,000 funds into liquidation and shaving hundreds of billions of dollars off the industry's assets from fund losses and investor redemptions.

Hedge funds are hoping these inflows will continue but they also better hope the markets keep grinding higher. If they don't, many more hedge funds will close their doors in the coming year. It truly is that brutal for hedge funds struggling to deliver alpha in a beta dominated world.