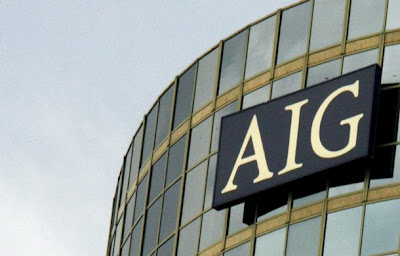 "This fits beautifully into our direct investment portfolio," she said. "Canadian mortgage insurance is a market that we're interested in. It's a niche market, it's a growing industry and we plan to grow the business over the coming months."

Toronto-based United Guaranty Canada is the second-largest private mortgage insurance provider in Canada, with $274 million worth of assets and total equity of $127 million. It began selling mortgage insurance to Canadians in 2006

Allan said the deal is expected to close later this month but she would not provide financial details, including how much it is worth or the pension fund's stake in the acquired company.

AIG, one of the world's largest insurers, has been trying to sell assets and raise capital to help repay the American government, which bailed it out last year with a loan package worth more than US$180 billion.

The mortgage insurance business is growing because the Canadian housing market remains strong and the size of mortgages and high-debt-to-downpayment loans is rising. That makes it more attractive for homebuying couples to seek insurance from their lenders so the mortgage gets paid in case one of the owners dies. Statistics show about three quarters of homebuyers have that type of mortgage insurance.

As well, Canadians are required to insure their mortgages by law, if they have a high-ratio mortgage, that is a house loan with less than 20 per cent down payment.

That kind of insurance protects the mortgage lender from a default by the borrower, but the borrower himself is not protected even though he pays for the insurance.

Allan said after completing due diligence and thorough research on the Canadian property, the fund concluded it has great potential in Canada.

"We believe the mortgage insurance industry in Canada to be an attractive market, and that United Guaranty Canada is well positioned to grow its market position," said Erol Uzumeri, senior vice-president of Teachers' Private Capital.

"The company has a strong management team, and Teachers' is prepared to support the growth of the business."

Allan said the pension fund is building up its financial services portfolio, one of the fund's prime sectors for investment, which also include consumer and retail, and telecom and media technologies sectors.

Teachers' is one of the world's largest private equity investors. With $87.4 billion in net assets at the end of last year, the pension fund is the largest single-profession pension plan in Canada, investing funds on behalf of Ontario's 284,000 active and retired teachers.

Teachers' has been bulking up its portfolio in diversified sectors in the past months.

The pension fund increased its ownership in Bristol International airport, Britain's ninth largest, to 49 per cent, last month and in September announced its decision to buy a major stake in Simmons Co., the troubled U.S. mattress manufacturer.

In August, the fund increased its ownership in the parent company of hockey's Toronto's Maple Leafs and basketball's Toronto Raptors to almost two thirds ownership.

The teachers' pension plan had a $2.5-billion shortfall at the end of fiscal 2008. Another $19.5 billion in losses has been held back through what is known as a "smoothing adjustment" and will be recognized over the next four years.

Allan said the fund, which reports its annual financial statements in April, is doing considerably better this year, but could not quantify how much.

Canada's pension fund giants – including the Caisse, the Ontario Teachers Pension Plan Board, OMERS and the Canada Pension Plan Investment Board – have all been trying to diversify their investments in an attempt to seek stable returns to pay future retirement benefits to their plan members.

Many of the pension funds have invested heavily in infrastructure such as airports, power plants and ports around the world.

I can't comment on this deal as no details were provided. However, statements like "we believe the mortgage insurance industry in Canada to be an attractive market" should be taken with a grain of salt. What looks attractive now could turn out to be a disaster later.

In other news, Boyd Erman of the Globe and Mail reports that CPPIB promotes Mark Wiseman to head investments:

Both will report to CEO David Denison.

Under Mr. Wiseman, who joined CPPIB from Ontario Teachers' Pension Fund, the fund has had a solid run of private-equity purchases, using its heft and cash pile to take over numerous infrastructure assets while other private equity buyers have been stuck on the sideline with no access to debt.

Mr. Wiseman is also well known for a deal he didn't do.

He was at the helm when CPPIB led one of the main buyout groups going for BCE Inc., but in the final bidding he pulled up short and let the company go to Ontario Teachers' Pension Plan. In hindsight, given the drama that surrounded the deal until it fell apart, he likely made the right call by refusing to outbid his old boss at Teachers, Jim Leech.

In Mr. Wiseman's new role, all of the heads of investing departments will report to him.

“I believe these changes reflect our ongoing evolution as an organization and also are a confirmation of the depth of talent, experience and expertise we have within CPPIB,” Mr. Denison said in the statement announcing the changes.

So the Head of Private Investments now becomes the head of all investments at CPPIB? Mark Wiseman is a nice guy but this is a strange move. And what does Mr. Denison mean by "these changes reflect our ongoing evolution as an organization"? Does this mean CPPIB will finally start disclosing their benchmarks for private markets? Don't hold your breath.