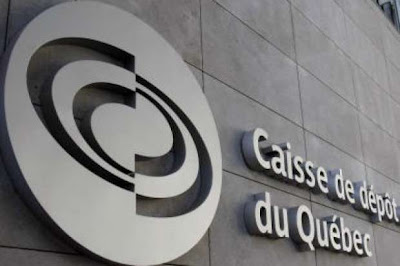 Canada’s largest pension fund manager says it will plow more money into private investments over the next several years to shield its assets against market volatility, part of a wider flight away from stocks by some sophisticated investors.

The Caisse de dépôt et placement du Québec will increase its investment in company private placements, infrastructure and real estate and reduce its exposure to public markets over time, chief executive Michael Sabia told reporters Monday after a speech to the Canadian Club of Montreal.

The Caisse manages a total equity portfolio worth $72.8-billion at the end of last year, representing about 46% of its net asset value. The investments returned -4.2% overall as most market indexes tallied heavy losses in the third quarter. Its private equity holdings, however, generated a 7% return worth $1.1-billion.

“More and more, we will put the accent on private markets,” Mr. Sabia said, providing more details on a strategy he has outlined privately in interviews with certain media outlets including the Financial Post. “Private markets offer an opportunity to generate a good return but in a less volatile environment.”

Asked what message it sends to small retail investors that the Caisse is reducing its holdings in publicly traded companies, Mr. Sabia said all investors should think about cutting their over-reliance on diversification.

“It’s understanding that matters,” he said, adding the Caisse will likely invest more money in fewer public companies as it expands its knowledge of the underlying quality of individual firms. At the moment the Caisse is invested in all the big Canadian banks, he said, while its goal is to be able to pick two or three “best banks” and stick with those.

“[Stocks] are still an attractive place to put your money as long as you choose the stocks very carefully and not purely on the basis of financial reports associated with those stocks,” Mr. Sabia said. “It really pays the average investor, I think, to study fewer companies but study them more deeply.”

The Institute for Private Investors (IPI), a wealth networking group owned by Campden Wealth, surveyed families with at least US$30-million in investable assets and found 55% of them plan to increase their direct investments in private companies. It calls the development “a growing trend.”

The ultra-wealthy polled by the IPI weren’t abandoning stocks entirely, saying they intend to ramp up equity investments outside the United States. Still, what the rich do frequently sets the tone for the broader market. And their negative sentiment toward U.S. equities in particular doesn’t bode well amid all the fear currently taking hold.

The poll also found investors are increasingly favouring real, tangible assets such as commercial and residential real estate as well as gold, land and artwork.

According to Michael Moses, a professor at New York University’s Stern School of Business, the art market is outperforming the S&P 500 this year.

He says postwar and contemporary art have done best over the past decade, delivering a 12.6% return based on auction prices.

“The art equivalent of a Facebook stock is someone like I guess Damien Hirst,” Mr. Moses told CNBC Monday.

“They’ve been selling well but the question is all expectations…. Your valuation is based on expectations and the story is not completely written.”

“Increasingly, we are going to put the emphasis on private markets,” Mr. Sabia told reporters today after a speech to the Canadian Club of Montreal. “In an excessively volatile world, private markets give us the opportunity to generate very interesting returns with a little bit less volatility.”

Equities and fixed income accounted for about 73% of the Caisse’s $159-billion in net assets at the end of last year. The Caisse, Canada’s second-biggest pension fund manager, had about 12% of assets in real estate, 10% in private equity and 3.6% in infrastructure holdings such as pipelines and water-distribution networks.

Increasing the focus on private investments doesn’t mean the Caisse plans to sell all of its public equities or government bond holdings, Mr. Sabia said. In fact, the pension manager plans to take concentrated bets on a smaller number of companies.

“We will always be a significant investor in public equities,” Mr. Sabia said. “If we develop an in-depth knowledge of a company, it’s simpler and less risky to have a big stake.”

My take on the Caisse's strategy? They are doing the right thing and let me explain why. A few weeks ago, I wrote a comment going over the Canada Pension Plan's Investment Board's portfolio. Last week, I had a chance to meet with a senior pension fund manager at CPPIB after the Walrus HOOPP debate on pensions.

At the meeting, we went over some of my concerns, like economies of scale and the complexity of private market benchmarks. The manager shared some excellent insight with me:

That meeting was excellent because it got me thinking of a lot of things. How are giant pension funds suppose to add value in these schizoid markets which are dominated by large hedge funds, big banks and high-frequency trading thieves with a license to steal?

Every single day, after I finish writing my blog, I go on to do what I love doing, checking out stocks and market movements. I relate macro news to sector moves. I see firsthand how computers are distorting market moves on the upside and downside. And in a ultra low interest rate environment, these moves are being wildly exacerbated.

Most funds are getting creamed in these volatile markets. Canadian and global pension funds got pummeled in May, but top hedge funds also got clobbered last month. In such a volatile environment, investors have to trade more frequently or start taking concentrated bets on a few stocks they understand well.

This is exactly what the Caisse and others are starting to do, investing more in private markets and taking larger positions in public companies, some of which can be taken private and sold at a profit.

Last month, the Caisse invested $300-million to build a 45-storey office tower in downtown Chicago, the largest real estate project launched in the city in the past five years:

The Caisse de dépôt et placement du Québec’s Ivanhoe Cambridge real estate subsidiary is partnering with international property firm Hines on the project. The investment is expected to close by the end of May with construction starting before year end occupancy starting in early 2016, Ivanhoe said Wednesday.

“Chicago has historically had a somewhat elevated vacancy rate [for office space] relative to other major metropolitan areas like New York or Boston or San Francisco,” said Ross Moore, director of research for CBRE Ltd. in Vancouver. “[But] there’s always demand for downtown space … I’ve got to think that they’ll be successful.”

The move in private markets isn't without risks, but the strategy of moving more assets into private markets makes sense, especially in this highly volatile environment. The biggest risk I see is if we enter a protracted period of debt deflation. If that happens, public and private assets will get clobbered (only nominal bonds will protect against deflation).

But rest assured Ben Bernanke and his global counterparts will do everything they can to mitigate against deflation and I remain bullish on financials, tech, basic materials and risk assets for now. My biggest concern is policy mistakes in Germany and Europe.

Below, David Levy, chairman of the Jerome Levy Forecasting Center, talks to Yahoo's Aaron Task. He isn't as negative as the folks at ECRI but he thinks Buffett is being too cavalier about the risks facing the economy. I agree but think that even in this market, there are opportunities to make money taking intelligent risk.