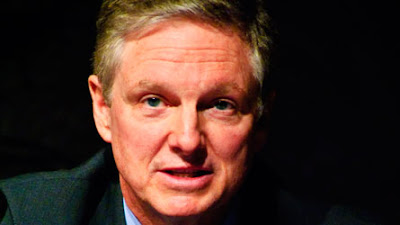 When one of the world's richest and most powerful financiers gives a rare interview, I pay attention. A couple of days ago, Paul Desmarais Jr. told BNN that the world is working its way through a process of deleveraging that will likely play out for years to come:

“What we’re all going through is a deleveraging phenomenon…it is not a matter of a couple years and then you bounce back -- there is no [quick] bounce back…we’re in a ten year-phenomenon,” Paul Desmarais Jr., chairman and co-CEO at Power Corp. (POW-T 23.55 0.35 1.51%), tells BNN. “It takes awhile for the deleveraging to be complete and absorbed.”

Desmarais says that in the wake of the financial crisis, the deleveraging process was passed from the balance sheet of the banks to sovereign countries. Nowhere is this more evident than in the euro zone, where the region is battling through a sovereign debt crisis.

Desmarais believes the euro zone’s problems may be far from over.

“In Europe…a normality is another five to ten years from today…to a level where people are comfortable both with debt-to-GDP levels and the banking system,” he says.

He also says that an uncertain global backdrop is behind the company’s decision not to raise its dividend -- the last time it did so was in 2008.

“We would love to raise the dividend…I don’t think Europe is stable…we’re looking at the stability of the world and we want to make sure we have the most stable group we can think of,” he says. “We feel we’re in a very strong position and positioned for difficulties to come.”

Please take the time to watch the entire interview here. Unfortunately, BNN has this annoying policy of not providing embed codes and not uploading their interviews on YouTube (in an era of social media, this is totally unacceptable).

Mr. Desmarais basically believes in professor Rogoff's thesis, stating flat out deleveraging is a "10-year phenomena" and in Europe, we can expect another "5-years of deleveraging from today".

As for Europe, he said that they have done a lot in the last year but the issue now is we have impediments every week. He said there are two schools of thought on Greece, the "domino theory school of thought" and the "ring-fencing theory".

As I've already stated in my comments on the endgame for Greece and Europe and beyond Grexit, the cost of a Greek exit is enormous and once Greece is out, it's only a matter of time before Spain, Portugal and Italy follow suit.

Importantly, it's crunch time for Europe and what happens next won't be decided in Athens, but in Berlin. The longer Ms. Merkel and Mr. Schaeuble wait to introduce meaningful fiscal reform, the worse it will be for eurozone and ultimately, for Germany. This isn't a matter of debate; it's a matter of fact.

Chancellor Angela Merkel warned that Germany alone cannot solve the eurozone crisis as Spain’s borrowing costs surged to a record high level on Thursday after a Moody’s downgrade. Ms. Merkel is of course right, but she also fails to see that the market is punishing German indecisiveness and will continue to do so as long as they put off meaningful fiscal reform for the entire eurozone.

Forget Alexis Tsipras, the Greek leader of the left-wing SYRIZA party. He can claim whatever he wants but in the end, he's a political clown who will go down hard regardless of the outcome of Sunday's election. The real fate of Europe and the world lies in Berlin and everyone knows it, including Mr. Monti.

Unfortunately, Europe is stuck in a vicious cycle and I agree with Paul Desmarais Jr. but have my own spin on it. If they continue with mindless austerity, deleveraging won't continue for another 5 years, it will continue for another 20 years, endangering the economic and social order in Europe and rest of the world. This is why it's crucial they get this right and move a lot quicker than they've been moving.

Finally, I'm not worried about Paul Desmarais Jr., Carlos Slim and other billionaires who will likely profit from eurozone's woes by picking up companies on the cheap. They have the deep pockets and 'staying power' to ride out this mess. More worried about average citizens struggling to save, invest and retire as these monumental macro events unfold.

Below, a 2010 INSEAD Business School interview with Paul Desmarais Jr. Once again, make sure you watch his recent BNN interview here. I also embedded a recent Reuters interview with Sallie Krawcheck. The former Bank of America and Citigroup executive says all it takes is one financial institution to start wobbling and credit markets could seize up in the blink of an eye. I agree, which is why eurozone's leaders better get this right or else we're all screwed.