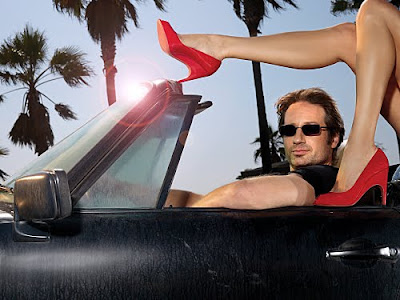 California's retirement obligations to public employees can't be tamed without curbing benefits for current workers and retirees, according to a new pension report published Tuesday by Stanford University.

California's three largest pension systems face a collective $485 billion in promised pension payments in the coming years that they don't have the money to cover, according to the Stanford Institute for Economic Policy Research. Delaying changes to the pension systems is costing the state about $3.4 million more per day.

Critics of the report, authored by former Democratic assemblyman and Stanford professor Joe Nation with a student assistant and oversight from an advisory panel, blasted it as a flawed academic hit piece on public employees.

Dave Low, chairman of the labor coalition Californians for Retirement Security, called the Stanford report an "irresponsible exercise in manipulating numbers and relying on faulty data to support a political agenda."

Ann Boynton, deputy executive officer of benefit programs policy and planning for the California Public Employees' Retirement System – CalPERS – said in a statement that the Stanford study was "written from a perspective that is intended to exaggerate perceived costs and the instability of pension systems."

The report – a 62-page look ahead at CalPERS as well as the state teachers' pension system – CalSTRS – and the University of California retirement program – concludes that even in the best circumstances, the funds can't earn enough to cover their growing pension obligations.

"There's been a chain reaction," Nation said Tuesday. "It started with the understatement of liabilities and the overstatement of earnings from the market. So then government contributions were set too low."

Using a "risk-free" or low-risk discount rate – a method that is debated when experts talk about figuring out a pension system's obligations – the total unfunded liability for CalPERS, CalSTRS and the UC system is $498 billion over the next 16 years. That's up 17 percent from the shortfall Stanford estimated in a similar study it published last year.

Tuesday's report also considers the impact of higher returns on pension fund investments. It concludes they still face a collective $143.6 billion shortfall if they hit their investment targets.

Nation suggested that a remedy requires pension rollbacks for current workers and retirees.

"If you rely solely (on lowering benefits) on new workers, you can't get there," he said.

Many experts believe altering pensions for current government workers runs afoul of state and federal law. But Rhode Island last month enacted such sweeping changes, including suspending cost-of-living adjustments for retirees. It is also freezing accrued guaranteed benefits for 30,000 current workers and then prospectively placing them in a "hybrid" plan with a 401(k)-style component, and raising the retirement age for all employees.

Democratic Gov. Jerry Brown has proposed curtailing benefits for future employees and hiking what they contribute to their pensions. His plan, which the administration figures will save up to $11 billion over 30 years, doesn't change payout formulas promised to current employees.

You can read the Stanford study here. While I'm the first to admit that US pension systems need reforms, my reforms center on governance, which includes getting states to top up pension plans, getting the investment assumptions right, ditching the brainless pension consultants, get qualified independent board members on their investment boards and start hiring experienced money managers at state pension funds who are paid just as well, if not better than their private sector counterparts on Wall Street. And California's public sector workers have to accept compromises too; there are no free lunches when it comes to pensions.

One person who really didn't like this study was State Treasurer Bill Lockyer who quit the pension advisory panel in protest:

The debate over pension reform in California reached a boiling point Tuesday.

State Treasurer Bill Lockyer resigned from a pension advisory panel to protest a study it was affiliated with that called for reducing retirement benefits for current public employees and overhauling the boards that oversee the public pension systems.

The study was issued by the Stanford Institute for Economic Policy Research and authored by Stanford public policy professor and former Democratic Assemblyman Joe Nation. It warned that the worsening finances of public pension systems in California would continue to squeeze state budgets unless there were significant changes.

In quitting the institute's pension advisory panel, Lockyer said he questioned the conclusions and methodology of the study.

“When it comes to public pensions, maybe SIEPR should stand for 'Stanford Institute to Eviscerate People’s Retirement,' " said Joe DeAnda, the treasurer’s press secretary. Lockyer said the study did not adequately consider the legal impediments to reducing benefits for current employees and ignored research indicating that retirement systems perform better when their boards include members of the retirement plan.

I am not one who thinks that boards have to include members of the retirement plan. I prefer very qualified, independent board members who know what they're talking about when it comes to investing, accounting, fraud detection, etc. In fact, ideally, every board should have a retired money manager and an independent certified fraud examiner.

But all this hoopla over California's pensions is way overdone. It's become a political issue and while I respect the valiant effort of guys like Jack Dean at PensionTsunami who expose abuses at California's public pensions, I also fear we are losing the bigger picture which is there are powerful interests who want to destroy defined-benefit plans, replacing them by defined-contribution plans, and this will only accelerate pension poverty.

Stanford's economics department has some of the smartest right-wing economists money can buy. Too bad they're intellectually dishonest, unable to admit that defined-benefit plans are much better than defined-contribution plans. All they do is produce Calipensionfornication.