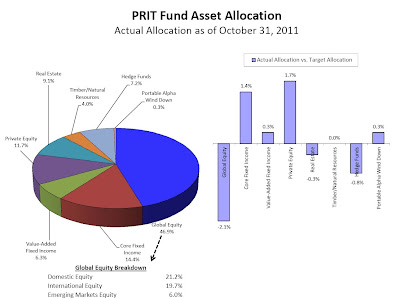 Massachusetts, already a big investor with hedge funds, hired 10 more managers on Tuesday as part of its push into direct investments with these types of portfolios.

Trustees for the $48 billion state pension fund picked a hometown hedge fund, some funds based in London and others from New York to jointly oversee $245 million.

Jonathan Jacobson's Boston-based Highfields Capital, William Ackman's New York-based Pershing Square Capital Management and Yan Huo's London-based Capula Investment Management are among the newcomers, who will be given $25 million each to invest.

The selection of this group comes less than two months after the pension fund announced its first foray into so-called direct investing and hired its first 11 individual managers. Those managers received $280 million to oversee.

Until now, Massachusetts, like many other state pension funds, has relied largely on funds of funds to help select hedge fund managers and oversee these types of investments. But at a time when industry returns are sagging, high fees -- both at the individual funds and at funds of funds -- are leaving a bad aftertaste and prompting state treasurers to reconsider.

Indeed, some industry experts speculate that pension funds' drive to cut costs may eventually prompt them to put money with traditional asset managers, who are building up their alternative investment capabilities, instead of selecting high-priced hedge fund managers.

A year ago, Massachusetts, which has a relatively new treasurer, Steven Grossman, began looking at direct hedge fund investments and signaled that it might stop using the handful of funds of funds that it has had money with for years.

It has been a difficult year for some of the hedge fund industry's biggest names. Even some of those selected by Massachusetts were in the red some of the time this year.

Some of the funds the state selected on Tuesday have been favorites with pension funds for a while. Pershing Square manages money for New Jersey and New Mexico, while Capula was selected by Wisconsin when that state made its first-ever hedge fund allocation in February.

Glenview Capital Management will oversee $15 million, and Ascend Capital will invest $30 million for the pension fund.

Massachusetts Pension Reserves Investment Management Board is among the most aggressive investors, allocating almost 8% into hedge funds. You can click on the image above to see a breakdown of actual vs target allocations in the PRIT Fund and click here to go over latest performance reviews and newsletters.

The hedge funds named in the article are all very familiar to me as they are all well known hedge funds with long track records. I think it makes sense to go the direct route but notice that PRIM first started by allocating to fund of funds so they can develop the internal expertise before going the direct route. You'll notice the performance of their hedge funds isn't great, down marginally over last year, but still far better than the industry average.

Someone brought the following to my attention:

The FoHFs really killed MASS PRIM and they paid over $35mn/year in fees over the last 5 years for lousy results – that is a lot of pensions that could have been paid. Look at the 5 year return column net of fees on page 5 – 1.75%. Now they have hired Cliffwater – a consultant – to help them pick and the Cliffwater guys have never managed a fund in their lives so guess what you will get???

Indeed fund of funds fees really hurt Mass PRIM and we shall see what results Cliffwater delivers. The next step after that is to follow what the most sophisticated hedge fund investors in Canada and Europe are doing, investing in hedge funds through managed account platforms. This way you have full transparency, liquidity, and virtually eliminate all operational risk because the portfolio is owned and controlled by the investor. These are the added benefits of a true segregated account, but to do this properly, you need to find the right platform.

What else would I like to see the Mass PRIMs of this world do? Start thinking outside the box and have a dedicated allocation to seeding hedge funds and private equity funds. Go back to read my comment on rethinking hedge funds strategy. US and global pension funds are perfectly placed to be the best seeders but to do this properly, they need to get on a managed account platform and move past the politics of seeding.

Yesterday I spoke with Denis Parisien, CEO at Innocap, the managed account platform jointly owned by the National Bank of Canada and BNP Paribas. Denis told me that even though performance of hedge funds wasn't good this year, he doesn't see a wave of redemptions like in 2008 and he thinks investors will continue to selectively allocate to hedge funds.

Interestingly, he told me that Innocap's platform not only offers investors the choice to pick their own funds or bring new funds onto the platform, it also offers hedge funds looking for solid institutional relationships a platform to market themselves. There are bigger and better known platforms out there, but in my opinion, Innocap's platform is one of the best in the world and recognized as such by top institutional investors.

And why am I beating the drum so hard on seeding new talent? Just look at the weak performance of Paulson & Co., down 46% through November, and you'll see that even top fund managers are struggling in this environment. The same goes for Kyle Bass of Hayman Capital Advisors, who manages to raise more money the more bearish he gets. And while most hedge funds are on red alert, the real risk in these markets is a melt-up unlike anything we've ever seen. Denis told me that the asymmetrical weekly moves in the markets validate this point as up moves are now much more ferocious than downside moves.

Whatever the case, it's time that large pension funds recognize the value in seeding new talent and start allocating at least 2% of their assets to emerging managers. If done properly, this strategy can be far more valuable than just piling into brand name hedge funds, the bulk of which collect 2 & 20 for leveraged beta. Watch Bloomberg clip below on why talent is leaving Wall Street.