The Case For Boosting DB Pensions? 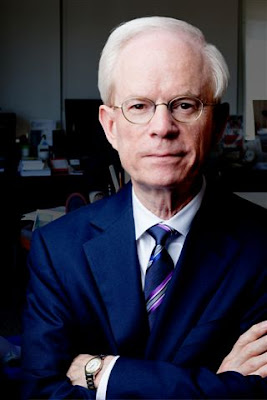 I think Jonathan Chevreau is finally seeing the light, reporting on the case for boosting defined benefit pensions (h/t, my bro):

A few weeks back, I passed along US author Charles Ellis’s view that the gradual erosion of North America’s Defined Benefit workplace pensions was a “social tragedy.” See Social tragedy in pension loss.

The tragedy is fully documented in Ellen Schultz’s book, Retirement Heist, which I profiled along with two of Ellis’s books in a pre-Christmas look at 13 books in Wednesday’s FP (link here.)

A press release issued today by the Healthcare of Ontario Pension Plan (HOOPP) makes the case for boosting the number of Defined Benefit pensions. According to HOOPP’s outgoing president and CEO, John Crocker, building retirement income adequacy is key social policy for future. He says the “next big thing” in social policy will be ensuring retirees have enough to live on.

Crocker says efforts should be made to improve workplace pension plans, boosting the number of DB plans, rather than focusing on introducing cheaper alternatives.

He articulates the argument well so I’ve taken the liberty of lifting entire passages of his statement verbatim here and below:

With pensions, the less you pay in, the less you get out – it’s a simple as that. In Australia a nation-wide switch away from defined benefit plans has led to widespread senior poverty. Half of Australian seniors live below the poverty line, and two-thirds run out of pension income by age 75. Is that what we want here?

The beauty of DB plans is you know in advance what you’ll get out of them, Crocker says. “Not many people in other types of plans realize that you need to save $500,000 to provide yourself with an annual pension of $25,000, but that’s the reality. We owe it to people to help them get there – we need to make workplace pensions better, not worse.”

HOOPP, a fully funded DB plan, shows that DB can work, he says:

With good governance, professional investors, a sound investment strategy, and mandatory contributions by members and employers, you can get there. The average HOOPP pension starting in 2010 was $18,400 – meaning that after 25 years, a retiree will have received $460,000 in pension payments.

Crocker has spent much of his time in recent years speaking up for defined benefit plans and contributes support to a blog dedicated to retirement income adequacy: ariapensions.ca.

It’s important for us to demonstrate that DB can still work. There is no more efficient, more effective way to deliver pensions to people than the DB model. Other types of plans simply download the responsibility for retirement onto the shoulders of the average working person. Very few among us know investing well enough to know when to buy, when to sell, or when to hold – it’s not fair to force busy people to try and figure this out by themselves.

You can read HOOPP's press release here. I already spoke with John Crocker and know he's a huge proponent of well governed defined benefit pensions plans. I can't overemphasize the importance of pension governance. That is why HOOPP is fully funded when most other DB plans are suffering chronic pension deficits and that's why Harvard Business Review should write a case study on HOOPP so that others can understand why it's one of the best DB pension plans in the world. And imagine, HOOPP doesn't invest a dime in hedge funds! (not that I fully agree with them on that front but hey, it works fine for them)

Following my previous comment on Calipensionfornication, Arun Muralidhar of AlphaEngine Global Investment Solutions shared these thoughts with me:

Great piece – I think DB is dead because of the stupid formula used to calculate benefits that the actuaries made up (based on length of service, wage and accrual factor) and no one understands this. Not sure if you got my book with Prof. Modigliani on saving social security, but we said that the only way to make DB sustainable (and I am a huge believer in DB) is to make the formula simple – namely, guarantee a rate of return. There is no other difference between DB and DC (as both can have volatility in contributions).

Since this formula is transparent, then there is a very clean target rate of return to be earned (so no complicated benchmarks made up by quants and lousy optimizers). Also, now if the earned rate is below the target, either you contribute more if you want a high pension or you have to lower your defined benefit expectations. Today, there is a big debate on discounting liabilities at the risk free rate or expected returns. Our approach solves all these problems.

And on pension governance, Arun shared these thoughts:

I would go so far as to suggest that you have to get trustees paid (more than the managers who manage small mandates), certified (supported and paid for by the organization they serve) and potentially SEC registered. That could improve governance.

I agree, we need a guaranteed rate of return, but to do need to get pension governance right. I don't think DB plans are dead but if we don't reform them-- and by reform I mean pension governance not switch to DC plans -- then they will slowly die off.

Canada has some of the best and brightest pension fund managers and yet our politicians are still dithering on pensions, pandering to banks and insurance companies, which is why we are heading down the wrong path. Thank goodness people like John Crocker are speaking out and making the case for boosting DB pensions. Other senior pension fund managers need to step up to the plate too.

Below, the Australian Broadcasting Corporation reports on a shortfall in one of the biggest super funds in Australia with more than 450,000 members and about $30 billion in assets under management. More than 100,000 people now face the prospect of losing the income they thought would be guaranteed in retirement. As you can see, Australia's retirement system is far from perfect. Not only do they have an unacceptably high level of pension poverty, their biggest DB funds are facing massive shortfalls. The question Canadians should ask is do we want to head down that same path?