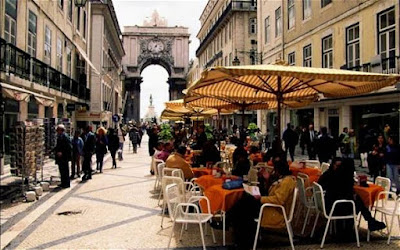 The cabinet agreed to transfer the assets from four of Portugal’s biggest banks to the state balance sheet.

The assets will be used to bridge a gap needed to meet the fiscal deficit target of 5.9pc of GDP set by the terms of the country’s €78bn bail-out from around 10pc in 2010.

"This measure is more than sufficient to meet the budget deficit goal in 2011," said Helder Rosalino, secretary of state for central administration, on Friday.

Portugal said it had informed the EU and IMF and assured them it would be a “one-off”. However the 2010 budget was met by shifting three pension plans from Portugal Telecom on to the public social security system. The liabilities don’t count, yet.

There have been no complaints from Eurostat but Raoul Ruperal from Open Europe said: “This can’t be seen as a future revenue stream in any way.”

Can't be seen as future revenue stream? It's already happening all around the world. Just ask the Irish whose national pension fund was raided by €17.5bn as a condition of the deal to bail out its banks and debt-laden economy.

Can this happen in the 'United States of Wall Street'? You bet it can, it's all part of the great retirement heist which plunders workers' pensions while the banksters make record profits speculating on sovereign debt and risk assets. Watch Alex Jones of Info Wars below, he's absolutely right, "it's coming here" and "they always blame the victims."

Also, in late 2008, Iceland became the first victim of the global financial crisis. Its entire banking system crumbled in just a few days. Three years later, a recovery is underway and confidence is returning. Watch how Iceland turned its economy around with "help from the IMF."