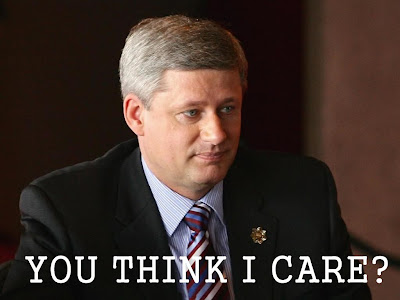 
The Honourable Ted Menzies, Minister of State (Finance), and the Honourable Christian Paradis, Minister of Industry, today announced that the Government of Canada is introducing changes to Canada’s pension landscape that will make saving for retirement easier for millions of Canadians.

Legislation was introduced today in Parliament, implementing the federal portion of the Pooled Registered Pension Plan (PRPP) framework. Since PRPPs are particularly applicable to small business, Minister Menzies delivered his remarks at a small radio station without a company pension plan.

“Today marks a major milestone in our efforts to ensure the ongoing strength of Canada’s retirement income system by providing a pension option for the many workers, like those here at Canadian Multicultural Radio, who currently do not participate in a company pension plan,” said Minister Menzies. “Incredibly, just over 60% of Canadians do not have a workplace pension plan. Canadians work hard to realize their retirement dreams, and PRPPs will offer them a new, low-cost and accessible pension option to help meet their goals.”

“We are thrilled at the opportunity to provide our staff with an option for retirement savings,” said Thomas Lambert, Chief Executive Officer of Canadian Multicultural Radio. “The PRPP is just the kind of option we’ve been searching for. With the savings on the administrative costs we can incentivize our staff towards better retirement savings.”

PRPPs are the outcome of several years of cooperation, research and consultations by Canada’s finance ministers on the best ways to ensure the long-term strength of Canada’s retirement income system.

“If you invest in a PRPP you will benefit from lower investment management costs associated with the large scale of these funds,” said Minister Menzies. “Essentially, you will be buying in bulk. This will leave you with more cash in your pocket when you retire.”

Provincial enabling legislation will need to be introduced for the framework to become fully operational.

“Canadians want their governments to act on their priorities and deliver results on a timely basis, and the PRPP is a prime example of what we can accomplish for Canadians when governments work together,” said Minister Paradis. “The Government of Canada is therefore confident that the provincial side of the framework will soon be in place to help Canadians reach their retirement objectives.”

In addition, the tax rules for PRPPs are being developed by the Government of Canada and will be released in draft for comment shortly. The PRPP tax rules will apply to both federally and provincially regulated PRPPs.

I don't need to read these documents as I already know that PRPPs are a dead giveaway to banks and insurance companies who love them, but will do absolutely nothing to address the growing retirement crisis in this country. Government officials should listen more carefully to experts like HOOPP's President and CEO, John Crocker, an outspoken proponent of defined benefit (DB) plans.

What I find particularly offensive is that the Government completely ignored private consultations with various experts, including Bernard Dussault, the former Chief Actuary of Canada, another credible proponent of DB plans. Oh Canada! Prepare for pension poverty!

Hannah Miao and Pippa Stevens report Dow jumps 380 points Friday, posts winning week after strong start to earnings season: U.S. stocks rose Friday as better-than-expected third-quarter earnings reports boosted the Dow Jones Industrial Average to its best weekly performance since June. The Dow Jones Industrial Average gained 382.20 points, or about 1.1%, to 35,294.76. The S&P 500 added roughly 0.8% at 4,471.37, and the Nasdaq Composite rose 0.5% to 14,897.34. The three major indexes closed the week higher and are positive on the month. The Dow sat 0.9% below its all-time high. The S&P 500 and Nasdaq Composite were 1.6% and 3.3% off record highs, respectively. Third-quarter earnings reporting season continued Friday as Goldman Sachs’ results beat significantly on the top and bottom line. The bank stock gained 3.8% and was the top gainer on the Dow. The stellar report came after earnings beats from other big banks earlier in the week. Financial heavyweights JPMorgan, Ba
Read more

Gideon Scanlon, editor of the Canadian Investment Review, reports on how UPP is building on jointly governed pension model with a pandemic launch: When the University Pension Plan officially launched in July 2021 , it did so with Barbara Zvan as its inaugural president and chief executive officer. Fresh from a 25-year career with the Ontario Teachers’ Pension Plan, she was appointed by the UPP’s board of trustees in July 2020. While most of the foundational work had been done by the time she joined, it would be up to Zvan and a team of full-time employees and contractors to carry the project over the finish line. “It’s been an interesting experience. Most of the people haven’t met one another in person. We don’t have an office yet. We needed to find people with expertise who knew what to get done, people who are flexible and excited about being part of a startup.” It’s not difficult to see why Zvan was seen as the ideal candidate. At the Ontario Teachers’, she rose from an a
Read more

Alicia McElhaney of Institutional Investor reports in why OPTrust’s James Davis is chief investment officer of the year: When James Davis was hired as OPSEU Pension Trust’s chief investment officer six years ago, his mandate was clear: Provide Ontario employees with a secure retirement — without making them pay more to achieve it. As CIO, Davis has shifted how the pension fund invests, moving to a model that prioritizes members receiving the benefits they’ve been promised without their contribution rates increasing.   Davis’s work at OPTrust, which serves Ontario employees, earned him the title of Chief Investment Officer of the year at the fourth annual Allocators’ Choice Awards, held on Wednesday. Davis was one of ten finalists nominated for the award.    He spoke with Institutional Investor about what makes OPTrust’s investment strategy differs from its peers, how the pension mitigates risk, and how the investment office is positioning the fund to tackle climate change
Read more

David Milstead of the Globe and Mail reports OMERS pushes back on employee lawsuit over compensation: The Ontario Municipal Employees Retirement System is pushing back against a lawsuit from a former top investing professional, saying he was not wrongfully dismissed and that his claim for $65-million in back pay is wildly inflated. Tim Patterson’s statement of claim, filed in July in a Toronto court, alleges OMERS fired him and one other professional in the pension fund’s private-equity division for refusing to accept changes to their pay plans. Mr. Patterson participated in an incentive plan for OMERS Private Equity Inc. (OMERS PE) professionals that allowed them a cut of profits from their deals, a commonplace arrangement in private-equity firms – but not common among Canada’s public-sector pensions. Mr. Patterson, who joined OMERS in 2010, says in his statement of claim that OMERS repeatedly scaled back the terms of the incentive plan, making it less lucrative for hi
Read more

The Healthcare of Ontario Pension Plan (HOOPP) just appointed Michael Wissell as the new CIO, effective immediately: The Healthcare of Ontario Pension Plan (HOOPP) is pleased to announce the appointment of Michael Wissell as its new Chief Investment Officer (CIO), effective today. He takes over CIO responsibilities from HOOPP President and CEO Jeff Wendling, who has been serving both roles since becoming CEO in March 2020. Michael has a long track record of market leadership and innovation in public and private markets, asset allocation and portfolio construction. Since joining HOOPP more than three years ago he has been an important part of HOOPP’s Executive Leadership team and Investment Management division, serving as Senior Vice President, Capital Markets & Total Portfolio. He has helped foster a culture of innovation and brought forward new investment strategies that have helped HOOPP continue to succeed on behalf of its members, even in the most challenging of m
Read more

Maggie Fitzgerald of CNBC reports the S&P 500 falls Friday, notches second straight week of losses in September slump: Stocks dipped on Friday as investors remain cautious due to a resurgent Covid virus, a Federal Reserve meeting next week and a historical tendency for September to be a weak month for equities. The Dow Jones Industrial Average lost 166.44 points or 0.5% to close at 34,584.88, dragged down by a nearly 2.9% drop in Dow Inc. The S&P 500 shed 0.9% to 4,432.99 and the Nasdaq Composite lost 0.9% to close at 15,043.97. Mega-cap technology stocks were mostly in the red, with social media giant Facebook dropping 2.2% and Alphabet falling just shy of 2%. Apple lost 1.8%, and Microsoft slipped 1.7%. The Food and Drug Administration advisory committee on Friday rejected a plan to administer booster shots of Pfizer and BioNTech’s Covid-19 vaccine to the general public. Pfizer fell 1.3% and BioNTech dropped 3.6%. Moderna lost 2.4%. History is not on the market’s side wi
Read more

Positioning Your Portfolio in Uncertain Times

Maggie Fitzgerald and Pippa Stevens of CNBC report the Dow closes near the flat line on Friday after jobs report miss, but notches winning week: The Dow was little changed on Friday, notching a winning week as optimism about a short-term debt ceiling deal trumped a disappointing jobs report. The Dow Jones Industrial Average dropped 8.69 points to 34,746.25. The S&P 500 fell about 0.2% to 4,391.34. The technology-focused Nasdaq Composite fell 0.5% to 14,579.54. The major averages all ended in the green for the week. The Dow rose 1.2% for its best week since June. The S&P 500 rose about 0.8% for its best week since August. The Nasdaq rose just shy of 0.1% since Monday. Energy stocks plowed higher on Friday as West Texas Intermediate crude futures, the U.S. oil benchmark, crossed $80 per barrel on Friday for the first time since November 2014. WTI crude settled at $79.35. Exxon Mobil rose 2.5%, Chevron advanced 2.2% and ConocoPhillips added nearly 4.8%. There was somet
Read more