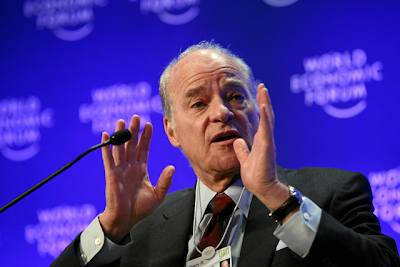 The California State Teachers’ Retirement System, the second-largest U.S. public pension, is reducing the number of private-equity firms it invests in.

“We continue to make new commitments, but we’re highly selective,” Seth Hall, a portfolio manager at the fund, said today at the Superinvestor Conference in Paris. “Our goal is to reduce the number of names.”

Investors in private-equity funds, known as limited partners, are shrinking pledges to new funds and investing in fewer of them, partly because they haven’t received enough money back from previous pools to match commitments during the boom years. Private-equity managers are seeking to raise $711 billion globally, according to London-based researcher Preqin Ltd., even as Europe’s sovereign debt crisis and volatile stock markets have stunted deal making.

Teacher Retirement System of Texas, which had about $110 billion in assets as of September, is decreasing the number of relationships it has with private-equity managers, partly because it is looking to invest more in each fund, said Allen MacDonell, senior director for private equity.

MacDonell said the pension fund used to do commitments as low as 15 million euros ($20 million) prior to 2007 before changing its policy “to make deals that move the meter.” The fund’s allocation to private equity has increased to 12 percent from 7 percent, he said.

The proportion of North American public pension funds’ assets invested in private equity rose to 6.4 percent from 5.1 percent in October 2008, mostly because of a bigger decline in the value of other assets during the financial crisis, according to Preqin. Pension plans lifted their long-term target for private-equity holdings to a record 7.7 percent of assets as of December 2010 from 5.7 percent in October 2008, Preqin said.

“There’s no question that just because it’s a name in our portfolio and it comes back to market, there’s no such thing as an automatic re-up for us,” CalSTRS’s Hall said. “Even with our existing managers, the due diligence process is longer, deeper and I am sure, from the general partner’s perspective, much more painful than it even was before. But that’s the world we live in.”

Consolidating relationships is not new at CalSTRS. Réal Desrochers who used to head CalSTRS's private equity and now heads CaPERS's private equity started this trend a while back. The rationale is to make a few concentrated bets with a few excellent GPs rather than spread yourself thinly all over the map and become a private equity index which underperforms public markets.

Trustees of the $107.4 billion system authorized investment staff to set up fund-of-funds arrangements with both managers to manage up to $3 billion each, pending successful contract negotiations, according to a webcast of the board's meeting and an e-mail from Howard Goldman, a spokesman for the retirement system.

During a presentation to the board, Steven LeBlanc, a senior managing director for the retirement system, said the fund's private equity assets totaled 11.7% of plan assets, and real assets were 12.2%.

The KKR and Apollo strategic partnerships are the fund's first such arrangements within its private markets portfolio, which includes private equity as well as real-return investments such as real estate, real estate investment trusts, inflation-protected securities and energy-related investments.

Mr. LeBlanc told trustees the strategic partnerships will generate “a long-term competitive advantage” and higher investment returns. He noted that collaborative relationships with Apollo and KKR will permit faster, more efficient investment that will result in “advantaged economics” and terms that are really “trade secrets” that will give TRS “first mover” advantage in many deals.

Without providing details, Mr. LeBlanc said the two strategic private markets investment partners will be rewarded for aggregate investment performance rather than on a fund-by-fund basis, something he said is “unique in the industry.”

By the end of 2015, Mr. LeBlanc, said the private markets portfolio will be fully restructured, reducing the number of relationships to a maximum of 70, down from 111 in September, according to the webcast.

Separately, trustees learned that the system's assets rose 12.2%, or $11.7 billion, to $107.4 billion and its one-year performance was 15.5% in the fiscal year ended Aug. 31. However, according to the latest actuarial valuation report, the system is “currently deferring $7.8 billion of investment losses” incurred during the fiscal year “due to smoothing methods utilized in the valuation process.”

The report went on to say that the investment losses from the just-ended fiscal year “are waiting to be recognized in future valuations” and that “the current combination of benefit structure and contribution policy is likely not sustainable indefinitely.”

The fund's actuary, Gabriel Roeder Smith & Co., recommended in the valuation report that contributions to the Texas Teacher fund be “increased over the next few legislative cycles.”

The system's unfunded pension liability rose to $24.9 billion in the fiscal year ended Aug. 31, compared with $22.9 billion the prior year. For the same period, the system's funded ratio dropped slightly to 82.7% from 82.9% at the end of the previous fiscal year.

Sounds like Mr. Leblanc is blowing some classic 'PE smoke' toward his trustees. The system is underfunded and instead of cutting risk they're taking on more risk betting on KKR, Apollo and a few other "brand names." In Canada, smart investors like Leo de Bever have significantly reduced relationships with outside funds, cutting fees and generating more alpha internally. Of course, even in Canada, there are diverging views on private equity.

Only time will tell if these concentrated PE bets pay off. My biggest worry is that pension funds are just 'doubling down' on their PE bets, placing more money with fewer 'brand names', paying huge fees, trying to make up for their shortfalls. In a deleveraging/deflationary environment we are heading into, these bets could turn out to be lethal.