Solar Meltdown or Meltup Ahead? 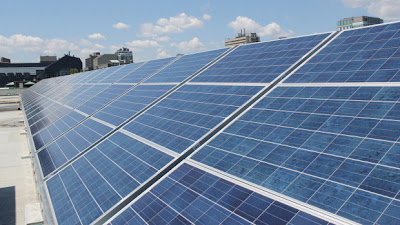 Beaten-up solar stocks may look tempting for bargain-conscious investors, but for now the sector is only for the brave.

Europe’s debt crisis, which is prompting cuts to government subsidies for renewable energy, has inflicted serious damage on the industry. In another blow, Chinese manufacturers are flooding the market with low-cost offerings.

Many analysts see no immediate light in store for North American and European solar stocks and advise adventurous investors to focus their attention on the few firms most likely to navigate the crisis.

“It’s just a really difficult time,” said Morningstar alternative energy analyst Stephen Simko. “The profitability of the industry has collapsed.… It is still at least six, nine, 12 months – or even longer – before the end really is in sight. Unless more bankruptcies happen and more production is shut down, this is a problem that is going to persist.”

One of the major problem areas is Germany, where a year-end rush in solar installations was expected before another subsidy cut occurs in January. That sales bump hasn’t happened as developers wait for panel prices to fall further, Mr. Simko said. The country, which is one of the major markets for solar energy, has also been cutting subsidies, known as feed-in tariffs, that are paid to generators of renewable energy.

Amid the crisis, some likely survivors stand out. For instance, First Solar Inc., (FSLR-Q44.990.340.76%) which recently slashed its profit forecast for this year, should buck the downturn and see earnings grow in 2012 because the U.S. company still has a profitable business building and selling solar plants, Mr. Simko said.

“These are the companies with some of the lowest production costs. The Chinese firms represent the best of China. Each of them has a balance sheet that is in good enough shape to make it through.”

Michael Clare, a portfolio manager at Toronto-based Creststreet Asset Management Ltd., is cautious on the solar industry because of the uncertainty surrounding European government incentives for the industry.

But First Solar and Canadian metals producer 5N Plus Inc. (VNP-T5.72-0.31-5.14%) will be among the ones “that will recover better and do well,” predicted Mr. Clare, whose alternative energy fund has both names in it.

First Solar has become a value play, trading at about five times forward earnings, he said. 5N Plus, a supplier of cadmium telluride used in the making of thin-film solar panels, is not as sensitive as many firms in the sector to solar panel prices. It diversified its business this year when it bought MCP Group SA to become a leading producer of bismuth, a non-toxic substitute for lead, as well as indium and gallium, which have applications in solar cells.

But not everyone sees a turnaround for the beleaguered industry, especially in North America.

“I don’t see any catalyst out there that is going to reverse this [downward] trend,” said Bill Gundersen, president of Oceanside, Calif.-based Gunderson Capital Management Inc. “Solar panels have become a commodity so you have very little profit margins,” and the heavily subsidized Chinese firms have “crushed everyone,” he added.

“I don’t even see how First Solar can survive,” said Mr. Gundersen, noting its stock has fallen 63 per cent since he put it on his “short list” at $121 (U.S.) a share in a May newsletter.

This ETF, which charges a 0.65-per-cent fee, tracks 33 securities. Solar wafer make MEMC Electronic Materials and First Solar are among the top names. The ETF, launched on April 23, 2008, at $41.49 a unit, is down 89 per cent since inception.

As I wrote in my comment on La Dolce Beta, I trade solars and think that these stocks have been decimated to the point where they're ridiculously oversold. To be sure, the solar glut and European debt crisis have added to solar woes, but there has also been a concerted effort to short this sector so that large hedge funds can buy them on the cheap.

Can I prove this? No but watching the action on solars tells me that something is cooking and I wouldn't be surprised if we witness a major solar short squeeze in the coming weeks. And when my broker buddies send me emails telling me "solars are going to zero," I know it's time to start accumulating these shares. Stay tuned but the last time everyone was warning of death of solars, shares rallied.

Below, Gordon Johnson, an analyst at Axiom Capital Management Inc., and Amory Lovins, chairman of the Rocky Mountain Institute and author of "Reinventing Fire: Bold Business Solutions for the New Energy Era," talk about the outlook for shares of solar energy companies with Pimm Fox on Bloomberg Television's "Taking Stock."