Pump Up The Jam? 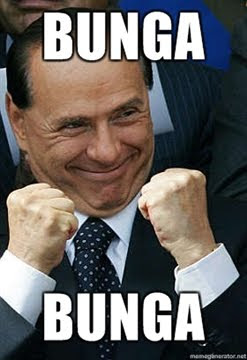 Twas the month before Christmas when the world's central banks decided to pump up the jam:

The world's major central banks made it easier Wednesday for banks to get dollars if they need them, a coordinated move to ease the strains on the global financial system. Stock markets rose sharply on the move.

The European Central Bank, U.S. Federal Reserve, the Bank of England and the central banks of Canada, Japan and Switzerland are all taking part in the operation, which is designed to "enhance their capacity to provide liquidity support to the global financial system."

The European Central Bank said in a statement the central banks were making it cheaper for banks to get U.S. dollar liquidity when they need it, starting next Monday. They are also taking steps to ensure banks can get ready money in any currency if market conditions warrant by establishing a temporary network of reciprocal swap lines.

The ECB said the central banks have agreed to reduce the cost of temporary dollar loans to banks — called liquidity swaps — by a half percentage point. The new, lower rate will be applied to all central bank operations starting on Monday.

The financial system has been showing signs of entering another credit crunch like the one in 2008 as Europe's debt crisis has shown alarming signs of spreading. The possibility that one or more European governments might default on debt have raised fears of a shock to the global financial system that would lead to severe losses for banks and a contraction in lending.

Fears of more financial turmoil in Europe have already left some European banks dependent on central bank loans to fund their daily operations. Other banks are wary of lending to them for fear of not getting paid back.

Such constraints on interbank lending can hurt the wider economy by making less money available to lend to businesses.

Even China reduced its reserve ratio to spur bank loans:

China cut the amount of cash that banks must set aside as reserves for the first time since 2008 as Europe’s debt crisis dims the outlook for exports and growth.

Reserve ratios will decline by 50 basis points effective Dec. 5, the People’s Bank of China said in a statement on its website today. Before the announcement, the level was a record 21.5 percent for the biggest lenders, based on previous PBOC statements.

A government clampdown on property speculation has added to the risk of a deeper slowdown in the economy that contributes the most to global growth. Exports rose by the least in almost two years in October and inflation eased to 5.5 percent, the smallest gain in five months.

“The move will help ease liquidity after previous tightening measures cooled credit growth too much and may have added to the risks of a hard landing for China,” Shen Jianguang, a Hong Kong-based economist at Mizuho Securities Asia Ltd., said before today’s release.

The People’s Bank of China previously allowed reserve ratios to fall by half a percentage point for more than 20 rural credit cooperatives. Those lenders had been subject to elevated requirements for a year as a penalty for failing to meet lending targets.

Premier Wen Jiabao said last month the government will fine-tune economic policies as needed to sustain growth while pledging to maintain curbs on real estate. Economic growth cooled to 9.1 percent in the third quarter from a year earlier, the slowest pace in two years.

How should one read this latest "coordinated" effort of the world's central banks? Easy, it's what I always knew, the power elite dominated by financial oligarchs will do anything and everything to reflate risk assets and inflate their way out of this crisis. They don't really have much of a choice given that fiscal policy is increasingly becoming more restrictive as governments slash spending across the developed world.

Yet another liquidity tsunami has been unleashed on world markets. Things might turn back to normal again and we might get that Christmas rally we were all waiting for. And now that Silvio Berlusconi has reemerged and confirmed he will return to be president of AC Milan, it's "bunga, bunga" party time. Pump up the jam, la dolce beta coming right up.