Waiting to Turn Trash Into Treasure? 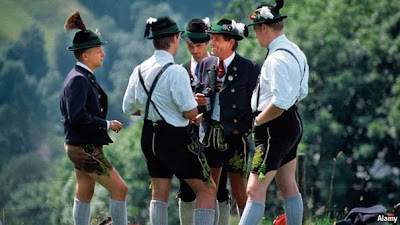 The Economist reports, Waiting to turn trash into treasure:

“This is going to be the next great trade,” one American hedge-fund executive effused early this year. For more than two years funds have been salivating over the slew of assets that Europe’s banks will have to sell. Many have been opening offices in London and hiring to prepare for this “tidal wave” of opportunities.

Up for grabs will be distressed corporate loans, property debt and non-core businesses as European banks shrink their balance-sheets to meet stricter capital requirements. Huw Van Steenis of Morgan Stanley estimates that banks will have to downsize their balance-sheets by €1.5 trillion-2.5 trillion ($2 trillion-3.4 trillion) over the next 18 months. Funds have only about $150 billion to spend on distressed debt in Europe, he reckons, which means they should have their pick of assets.

For now the “next great trade” is not looking that good, mainly because there have been no fire sales. Most banks that are selling assets have priced them close to face value, providing little to entice buyers.

Even where sales are agreed, financing is scarce. In July Blackstone, a large alternative-asset manager, agreed to buy a £1.4 billion ($2.2 billion) real-estate loan portfolio from Royal Bank of Scotland, but has yet to raise an estimated £600m to pay for it. Worse still, many banks may not be able to sell assets cheaply even if they wanted to, because it would force them to take losses that would erode scarce capital.

“We’ve been lying in wait for this opportunity since 2008. But it will come piecemeal. It will take years and years and years,” says Joe Baratta, head of European private equity at Blackstone. Some predict that Europe could go the way of Japan’s glacial deleveraging and take a decade or more to clean up its banks. Politics play a role too. European politicians, no hedge-fund lovers, won’t want to see them buying up assets at truly distressed prices and profiting from Europe’s gloom. It may even be “politically impossible” for banks that got a government bail-out to write down assets significantly, says Jonathan Berger, the president of Stone Tower, a $20 billion alternative-asset firm.

What could turn things around? Some fund managers hope a plan to recapitalise Europe’s banks to the tune of €106 billion by next June will at last force disposals at banks. So too may the introduction of Basel 3 rules that will require banks to hold more high-quality capital. Marc Lasry, the boss of Avenue Capital, a distressed-debt hedge fund, wants to buy from these “forced sellers”, because they will offer lower prices.

Banks aren’t the only prey that funds are hunting. A wave of refinancing that will hit private-equity-owned firms over the next few years may prove profitable for distressed-debt funds. And plans by some European governments to privatise infrastructure assets may also be enticing.

In the meantime, inventive fund managers are figuring out other ways to do deals. Some, such as Highbridge, a large American hedge fund that is owned by JPMorgan, and KKR are scaling up their lending operations as banks cut back. They are able to charge high interest rates, because companies are desperate for cash.

Banks are being inventive too. Unable to sell assets, they have come up with a compromise of sorts, and have started agreeing to “synthetic risk transfer” arrangements with hedge funds. For example, BlueMountain Capital, an American hedge fund, has agreed to take on some risks on a credit-default swap portfolio from Crédit Agricole, a French bank. Another hedge fund, Cheyne Capital, has reached an arrangement with two big banks in Europe to take the first 4% or so of losses from a portfolio of securitised loans, in exchange for a very healthy return.

Funds’ investors may need convincing, given that “synthetic” became a dirty word after 2008. The deals can also be risky, says Galia Velimukhametova of GLG Partners, a European hedge fund. “You could lose 80-90% of your capital if things go very wrong, but make 10-15% if everything goes right,” she says.

Robert Koenigsberger of Gramercy, an emerging-market hedge fund focused on distressed investing, insists it is best to look elsewhere. “The best distressed opportunities created by Europe are now outside of Europe,” he says. He believes opportunities are particularly bright in emerging markets. Many of them are undervalued because investors are selling everywhere as a result of worries about the stability of the euro zone.

For those hedge funds set on playing Europe, the main dilemma they face is how long to wait before buying. Steve Schwarzman, the boss of Blackstone, insists that it is important to stay put. “It’s like dating someone,” he says. “You can say let’s wait two years. But she probably won’t be around then.”

Love Schwarzman's comment and he's right, it is important to stay put as there should be plenty of distressed opportunities in Europe over the course of the next few years. I say ''should" because even though the perfect storm is creating these opportunities, European politicians aren't exactly going to warm up to the idea of having hedge funds reap the rewards of their ineptitude.

One thing is for sure, distressed debt is an asset class that pensions should be investing in as they have the right time horizon to "stay put." What remains to be seen is whether the general partners (GPs) they're investing with will turn trash into treasure.