Showing posts from May, 2020
Show all

Can Money Printing Trump a Depression?

Fred Imbert of CNBC reports stocks extend losses ahead of Trump China news conference: The S&P 500 rose slightly on Friday, erasing losses earlier in the session, as traders breathed a sigh of relief after President Donald Trump signaled no changes to the trade deal with China despite rising tensions. The U.S. equity benchmark finished the session up 0.4%, or 14.58 points, at 3,044.31. The Dow Jones Industrial Average fell 17.53 points, or less than 0.1%, to 25,383.11 as American Express and JPMorgan weighed. The 30-stock index ended the day well off the lows as it was down as much as 368 points at one point. The Nasdaq Composite jumped 1.2%, or 120.88 points, to 9,489.87 as chip stocks rallied. The S&P 500 and the Dow gained 3% on the week, bringing their advance in May to 4.5% and 4.2%, respectively. The tech-heavy Nasdaq rose 1.7% this week, pushing its rally this month to 6.7%. During a much-awaited news conference, Trump said he would take action to
Post a Comment
Read more 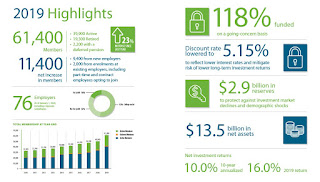 Yaelle Gang of the Canadian Investment Review reports that CAAT pension plan returns 16% in 2019, well-positioned to weather coronavirus storm: The Colleges of Applied Arts and Technology pension plan saw a strong 2019, delivering a 16 per cent return, net of investment management fees, while growing its assets under management to $13.5 billion. “On an absolute basis, all asset classes contributed positively to returns in 2019, with global developed equity, long bonds and real assets being the largest contributors,” said the annual report. “Interest rate and inflation hedging asset classes returned 11 per cent in aggregate, while return-enhancing asset classes returned 20.5 per cent. The plan’s currency hedging policy added 1.8 per cent to returns.” For 2019, the CAAT plan is 118 per cent funded on a going-concern basis. While 2020 markets have gotten off to a bumpy start, the CAAT plan has a long-term perspective. “Even though we are monitoring what’s going on in the mark
Post a Comment
Read more 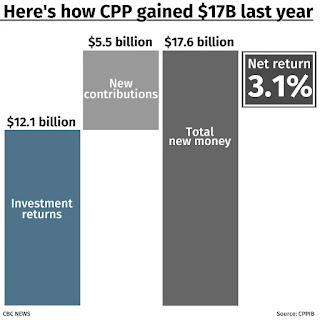 Pete Evans of CBC News reports CPP adds $17 billion to assets now worth more than $409 billion despite the pandemic: The Canada Pension Plan earned a return of 3.1 per cent after expenses during the financial year ended March 31, the board that manages the fund's money reported Tuesday. Net assets for Canada's national pension plan totalled $409.6 billion as of the end of March, up from $392 billion at the end of the previous financial year. The $17.6-billion year-over-year increase included $12.1 billion in net income from its investments. The other $5.5 billion came from contributions of more than 20 million Canadian workers covered by the plan. In the past five years, investment returns have added $123 billion to the fund's assets, the Canada Pension Plan Investment Board said Tuesday. While the plan made money for the year as a whole, the fourth quarter was a challenging one because of COVID-19. The fund said fixed-income assets did well as investors fled
Post a Comment
Read more

US Public Pensions Less Than 60% Funded? 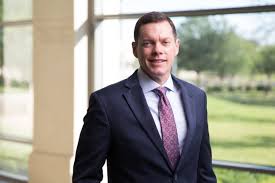 Steffan Navedo-Perez of Chief Investment Officer reports that Goldman Sachs estimates public pensions are now less than 60% funded on average: Average funding ratios for public pension funds have declined to 60% and below, down from 74% before the crisis, according to Goldman Sachs Senior Pension Strategist Michael Moran. In an interview with Yahoo Finance, Moran discussed the most prominent issue pension funds will face: hitting their return targets. Usually set at about 7%, today’s extremely low interest rates will make that all the more difficult to attain in the future. “What potentially changes [with public pension funds] is how they think about asset allocation and liquidity going forward,” Moran said. “Many of these plans have a 6.5% to 7% nominal return target, and I think many of them are questioning, ‘How do I hit that target in an environment where 30-year Treasury bond yields are below 1.5%.’” “It just becomes more challenging and I think they’ll have to beco
Post a Comment
Read more
More posts