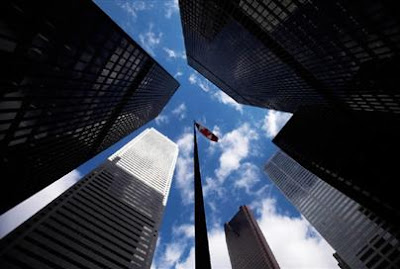 It is a call for pension consolidation. In a keynote address delivered Monday, Michael Nobrega, president and chief executive of the Ontario Municipal Employees Retirement System (OMERS), is calling for the creation of "super-funds" comparable in size to the Ontario Teachers' Pension Plan.

In a speech delivered at the Conference Board of Canada's "Summit on the Future of Pension: From Crisis to Sustainability," Mr. Nobrega argues that the Ontario pension industry is highly fragmented into many thousands of small plans ranging from big banks and insurance companies with pension fund assets up to $6-billion to universities with assets under $1-billion.

Mr. Nobrega argued that these funds "cannot afford to deliver the quality and depth of governance, investment skills and risk management expertise their members need and deserve."

Last month, in its budget the Ontario government introduced new legislation that would allow smaller pension plans and institutional investors in the public sector the right to hand over their portfolios and the responsibility of administering pensions to Ontario Teachers' Pension Fund.

Mr. Nobrega did not mince words when he told the audience that the government should mandate through legislation of private and public sector funds to create more such "super-funds." He argued that OMERS must be one of those funds because it was an industry leader in the area of infrastructure investing.

OMERS, he argued, "led the renaissance in the nuclear industry in this province... invested in the bricks and mortar of our healthcare infrastructure, (and) we are currently invested in the Windsor/Detroit border crossing where one of the largest infrastructure programs must take place in order to produce hundreds of thousands of jobs."

In sort, OMERS has paid its dues, he said.

Mr. Nobrega said in his speech the reason he planted a stake in the ground was that every sizeable pension organization believes it should be the consolidator, but that the only way it would work is for the industry find a solution with the government.

If Ontario allows the big pension plans in the province to become an umbrella for small pension plans, it would be accepting the recommendations made by the Ontario Expert Commission on Pensions Report (otherwise known as the Arthurs' Report), released in November which suggested the cumulative effect of handing over the reins of small funds to larger plans would mean lower investment fees, better in-house investment expertise, and the ability to spread investment risk through diversification.

Alberta and B.C. - through The Alberta Pensions Administration Corp. and British Columbia Investment Management Corp. - have already consolidated some of their plans.

Given the pathetic state of many municipal pension plans, I think you can make a strong case for pension consolidation. However, OMERS first has to bolster its governance, especially in regards to how they evaluate their private markets.

There is another reason OMERS is talking up pension consolidation. The Ontario government recently announced that they would be giving Ontatio Teachers' more assets to manage. OMERS wants a piece of the pie so they can scale up infrastructure investments and hopefully reap in those bonuses.
Here is my solution. Forget OMERS, forget Teachers', they both have legacy issues. In fact forget any existing defined-benefit plan. It's time to create a new one based on the world's best governance standards. Only then can we talk about pension consolidation based on sound governance.