Soros on Alignment of Interests 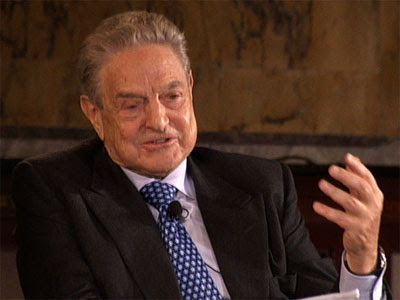 The big profits made by some of Wall Street’s leading banks are “hidden gifts” from the state, and taxpayer resentment of such companies is “justified”, George Soros, the fund manager, said in an interview with the Financial Times.

“Those earnings are not the achievement of risk-takers,” Mr Soros said. “These are gifts, hidden gifts, from the government, so I don’t think that those monies should be used to pay bonuses. There’s a resentment which I think is justified.”

Mr Soros, who joins a transatlantic chorus calling for limits on risk, leverage and compensation at big banks, said proprietary traders belong at hedge funds, not at banks, and that the compensation at Wall Street companies should be limited to prevent excessive risk.

“With the too-big-to-fail concept comes a need to regulate the payments that employees receive,” said Mr Soros, who will elaborate on his views in lectures in Budapest next week.

Some bankers have argued that limits on pay would make it difficult for them to retain their most talented risk-takers. Mr Soros agreed and said this would be a good thing.

“That would push the risk-takers who are good at taking risks out of Goldman Sachs into hedge funds, where they actually belong, because hedge funds take risks with their own capital, not with deposits and not with government guarantees,” he said.

Asked if his opinions were influenced by his personal investments, Mr Soros said no and pointed out that he has long advocated more regulation of hedge funds.

Mr. Soros is absolutely right, if they want to take risks, let them do it managing a hedge fund on their own, not within a bank. This way, they have skin in the game (I would never invest with any hedge fund manager who does not have the bulk of their liquid net worth in their fund). If their bets go wrong, they feel the pain.

But the banks want risk-takers and they pay big bucks to attract and retain them. It's all about showing profits, even if those profits come from people who have no skin in the game and couldn't care less about the risks they're taking to maximize their bonuses.

The same goes for pension funds with internal hedge fund operations. In good years, portfolio managers can make a lot of money, but in bad years, they can fall back on their four-year rolling return. Total nonsense. I use to shake my head watching some "star" managers at the large pension funds I worked for be treated like royalty because they made $50 million, $100 million or $200 million taking stupid risks with other people's money.

[Note: People forget that to make a lot of money you got to take a lot of risk. They look at the bottom line and never ask how were those returns generated and were the risks acceptable or irresponsibly high.]

At the lunch, he was exploring the idea of setting up his own hedge fund. He explained the strategy to both fund of funds principals, and asked them what they thought. One of them looked at him and told him straight out "stay where you are at the large Canadian pension fund. Nobody in their right mind would ever fund this strategy. You can do what you're doing because of where you are but one day, you'll run into problems".

Sure enough, in 2008, he did run into problems. He was exceptionally bright, but he failed to appreciate the macro and liquidity risks he was taking and it ended up costing him his job. I wonder if he would have taken the same risks if all his net worth was tied up in the pension funds he was managing.