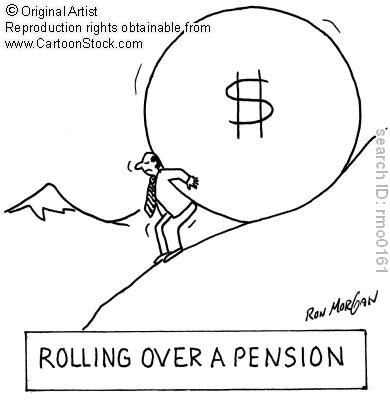 The funded ratio of the typical corporate U.S. pension plan fell 6 percentage points in June to 74%, the result of U.S. stock market declines and low interest rates, according to an analysis by BNY Mellon Asset Management.

The drop puts the funded ratio of the typical plan at its lowest level since February 2009, when the funded ratio was 73%. Funded status has declined 9.5 percentage points since the beginning of 2010.

Assets for the typical corporate U.S. pension plans dropped 2.3% in June, while liabilities increased 5.6% over the same period of time.

“What we saw in May and June is two months of declining interest rates (along with) a dramatic drop in asset values,” Peter Austin, executive director of BNY Mellon Pension Services, the pension services arm of BNY Mellon Asset Management, said in a telephone interview.

He said the market is “very jittery,” driven in part by the sovereign debt crisis.

While the drop in funded status is bad news for pension plans, Mr. Austin said it refocuses attention on commitment to funding and better managing risk.

The funded status of U.S. corporate pension plans slumped in June to a 16-month low, pressured by stock-market declines and lower interest rates, according to an arm of Bank of New York Mellon Corp. (BK).

The amount of assets compared with obligations at a typical U.S. corporate pension plan declined to 74% from 80% in May. The funded status slumped 9.5 percentage points in the first half of 2010.

Its executive director, Peter Austin, said, "There doesn't appear to be a quick fix on the horizon. Poor asset returns and dropping interest rates are prompting both corporate and public-sector plans to consider more active approaches to managing their funding strategies."

There is no "quick fix" to pension deficits. I had lunch today with an experienced pension consultant who told me flat out that pension deficits are going to get a lot worse, and he fears that we're heading into a full blown crisis in less than 20 years.

Think about it logically. Bond yields at a historic low, so liabilities are growing while expected returns on assets are dwindling. How are pensions responding? By diving into alternatives. In some respects, they're trying to match liabilities with long-duration assets like infrastructure, but they're also looking for diversification benefits to protect them from the next crisis.

Problem is that so much money is flowing into alternatives that returns will get diluted and diversification won't be there when you need it the most. Is there a role for real estate, private equity and infrastructure in a pension portfolio? Of course there is, but let's not exaggerate the "diversification benefits" or "return enhancement" of these asset classes.

The fact is that talented managers are scarce in alternatives. You're not going to find many who can compete with the likes of George Soros or David Bonderman. Nor should you be aiming to find the next Soros or Bonderman.

Sometimes it's best to stick to nuts & bolts, finding experienced managers with a proven process. For example, the consultant I had lunch with today spoke highly of Dodge & Cox Funds. John Gunn, Chairman and CEO of Dodge & Cox, told him that back in 1997, they got out of technology, missing the big run-up, but also missing the big smash-up that ensued.

They risked losing clients but because they explained why they thought tech shares were way overvalued, and because they invested their own money alongside their clients, they didn't lose anyone. I particularly like this passage from Dodge & Cox's long-term approach to investing:

We continually focus on the long-term by asking ourselves the hypothetical question: based on what we know now, how would we invest an “all-cash” portfolio today assuming we could not trade for the next three to five years? This framework forces us to reevaluate our portfolio holdings within an ever-changing market environment, and to reaffirm our rationale for each investment’s long-term value.

Think about that simple question. How would you invest an all-cash portfolio today assuming you could not trade for the next three to five years? Pensions are shoving a good chunk of money into alternatives, taking a big gamble on the future.

Depending on their liquidity needs, this may prove to be a wise decision. After all, pension funds are not mutual funds, a point underscored by David Denison, President & CEO of the Canada Pension Plan Investment Board (CPPIB), in his April speech on what it means to be a Long-Term Investor.

But what if they're wrong? CPPIB and a handful of other global funds have plenty of liquidity to keep buying these illiquid assets, but other, more mature pension funds have to manage their liquidity more carefully.

This is why US corporate plans have mostly shunned alternatives while public pension plans have been gorging on them. The former need to manage their liquidity needs more carefully while the latter are taking huge bets, hoping they'll somehow attain the 8% actuarial return.

In the end, alternatives or no alternatives, doesn't really matter because the day of reckoning is fast approaching, especially for underfunded corporate plans. Public plans will follow. There is simply no quick fix to the pensions' debacle.