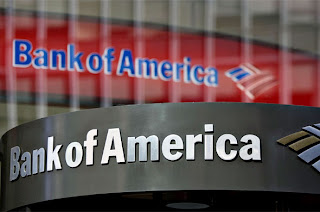 
America’s second-biggest bank struck a deal with investors to end a near four-year legal battle that was destined for trial in a New York court next month.

PGGM, which helps manage €125bn (€100bn) in the Netherlands, and AP4, one of Sweden’s state pension funds, are among those who had led the litigation in Manhattan.

Analysts said the deal will likely result in a third-quarter loss for BoA after it set aside $1.6bn to help fund the payout. Brian Moynihan, the bank’s chief executive, insisted that the agreement removes the “risk and uncertainty” that a trial would have involved.

“They’ve decided this on the courthouse steps,” said Roy Smith, a professor of finance at New York University. “They decided that they really didn’t want to face a jury trial.” The lawsuit, filed just weeks the $18.5bn acquisition of Merrill was sealed in January 2009, alleged that BoA failed to disclose the mounting losses that Merrill was facing.

According to the suit, BoA should have disclosed the deterioration in Merrill’s financial health between October 31, 2008, when the deal was first formally put to shareholders, and December 5, 2008, when investors were required to approve the purchase.

Weeks after buying Merrill, BoA took a $20bn injection from US taxpayers as Merrill’s losses for the final three months of 2008 spiralled past $15bn. It also controversially paid out millions in bonuses to Merrill bankers.

Shares in BoA fell 1.5pc in afternoon trading on Friday as investors took fright at the scale of the settlement.

“This settlement is far larger than we expected given the weak merits of such suits and historical precedence,” said David Trone, an analyst at JPM Securities. “BoA is attempting to rebuild its capital base, and these hits will essentially erase the past six months of progress.”

The agreement also underlines the legacy of litigation left by former chief executive Ken Lewis’s deal-making. Besides agreeing to buy Merrill the day before Lehman Brothers filed for bankruptcy, Mr Lewis engineered the purchase of Countrywide, once America’s biggest mortgage lender, for $4bn in January 2008. The bank has faced a wave of lawsuits from Countrywide customers alleging the lender mis-sold them mortgages.

In the face of the mounting legal threats he inherited, Mr Moynihan last year hired Gary Lynch, the former head of enforcement at the Securities and Exchange Commission, to help resolve them. Although Merrill has proved a much better acquisition than Countrywide, billionaire investor Warren Buffett has said that the bank paid a “crazy price” for Merrill.

As part of Friday’s settlement, BoA also agreed to make improvements to its corporate governance. “We had a duty as a long-term investor to be active in this case,” said Mats Andersson, the chief executive of AP4.

The lawsuit was the first time that both AP4 and PGGM had been lead plaintiffs in a class-action lawsuit in the US. The settlement is the eighth-biggest for such legal action. A pension fund for teachers in Texas and two public pension funds from Ohio were the other lead plaintiffs.


Bank of America has agreed to pay $2.4bn to settle a class-action lawsuit over its 2009 acquisition of investment bank Merrill Lynch - one of the four largest legal settlements of its type in history, according to one of the lead plaintiffs.

As well as paying the money, the bank has agreed a series of corporate-governance improvements, including subjecting future M&A decisions to a special board committee and conducting an annual "say on pay" vote for shareholders.

Bank of America was sued in 2009 by four big public pension funds, with others able to join the lawsuit subsequently. They complained that the bank and its directors had made misleading statements about the financial health of Merrill Lynch before the acquisition, encouraging shareholders to vote for the deal.

Bank of America said in its statement it "denies the allegations and is entering into this settlement to eliminate the uncertainties, burden and expense of further protracted litigation".

They accused Bank of America of omitting to mention "mounting losses of billions of dollars that Merrill Lynch had suffered before the vote by shareholders [in December 2008]", according to a statement from PGGM Investments, which manages the PfZW fund, this afternoon.

PGGM also referred to "an undisclosed agreement in which Merrill Lynch gave the possibility of accelerating the amount of $5.8bn in bonuses to be paid for the completion of the acquisition, despite the enormity of the losses."

According to the investors, this meant they voted to approve the deal without understanding the true financial position of Merrill Lynch. When the deal was completed and the full picture revealed, Bank of America's share price fell, meaning its shareholders suffered unfair losses, they claimed.

The out-of-court settlement has been agreed by the parties on the eve of the commencement of a jury-trial over the claim, which would have begun on October 22. The settlement must now be reviewed and approved by the US District Court for the Southern District of New York, where the class action is pending.

Bank of America said the $2.4bn payment would be met out of an existing fund it has put aside to pay for litigation costs, plus further expenses to be recorded in the third quarter of 2012, which will mean it will record a one-off charge totalling $1.6bn for the three months ended September 30.

Eloy Lindeijer, chief investment officer at PGGM Investments, said: "We believe the settlement represents a landmark recovery for Bank of America shareholders who voted on the acquisition without complete and accurate information."


This is a huge settlement and Eloy Lindeijer, CIO at PGGM Investments, is absolutely right, the settlement represents a 'landmark recovery' for Bank of America shareholders who voted on the acquisition "without complete and accurate information."

The fact that Bank of America decided to settle a month before it goes to trial just means they knew they had a poor chance of winning this case. The Merrill deal was ill-timed and just stupid on the part of Ken Lewis, the bank's former CEO. Brian Moynihan, the current CEO, is just cleaning up the mess and laying this suit to rest.

Longer term, this settlement is a win win for both parties. Plaintiffs recovered some of their losses and Bank of America can move on and focus on more important things like collateral transformation.

Below, Bank of America, the second-largest U.S. bank by assets, said it agreed to a $2.43 billion settlement with investors who suffered losses after the lender purchased Merrill Lynch. Deirdre Bolton reports on Bloomberg Television's "In The Loop."