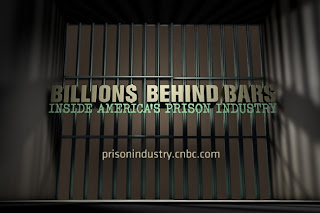 I recently saw a fascinating CNBC documentary, Billion$ Behind Bars:


With more than 2.3 million people locked up, the U.S. has the highest incarceration rate in the world. One out of 100 American adults is behind bars — while a stunning one out of 32 is on probation, parole or in prison. This reliance on mass incarceration has created a thriving prison economy. The states and the federal government spend about $74 billion a year on corrections, and nearly 800,000 people work in the industry.

From some of the poorest towns in America to some of the wealthiest investment firms on Wall Street, CNBC’s Scott Cohn travels the country to go inside the big and controversial business of prisons. We go inside private prisons and examine an Idaho facility nicknamed the “gladiator school” by inmates and former prison employees for its level of violence.

We look at one of the fastest growing sectors of the industry, immigration detention, and tell the story of what happens when a hard hit town in Montana accepts an enticing sales pitch from private prison developers.

In Colorado, we profile a little-known but profitable workforce behind bars, and discover that products created by prison labor have seeped into our everyday lives — even some of the food we eat. We also meet a tough-talking judge in the law-and-order state of Texas who’s actually trying to keep felons out of prison and save taxpayer money, through an innovative and apparently successful program.

In his brilliant lecture, No Way Out: Crime, Punishment & the Capitalization of Power, Jonathan Nitzan delves much deeper into the prison industrial complex to examine its relationship with the capitalization of power:


The United States is often hailed as the world’s largest ‘free market’. But this ‘free market’ is also the world’s largest penal colony. It holds over seven million adults – roughly five per cent of the labour force – in jail, in prison, on parole and on probation. Is this an anomaly, or does the ‘free market’ require massive state punishment? Why did the correctional population start to rise in the 1980s, together with the onset of neoliberalism? How is this increase related to the upward redistribution of income and the capitalization of power? Can soaring incarceration sustain the unprecedented power of dominant capital, or is there a reversal in the offing?

Below, watch all three parts of CNBC's "Billion$ Behind Bars" and listen to Jonathan's lecture. The slides and transcript are available here. Food for thought during this holiday season.

Earlier this week, I learned of the unexpected and tragic death of Neil Petroff, OTPP's former CIO. An official obituary isn't out yet, the family is understandably in shock and will hold a private service next week. I and many others were also shocked and saddened to learn of Neil's passing. I was told he suffered cranial bleeding from a fall. On Monday evening, after I learned of Neil's tragic death, was talking to my 91-year-old father who is a retired psychiatrist and told him what happened. He reminded me of the tragic death of his friend's 33-year-old daughter who slipped in her bathtub and suffered severe hemorrhaging and died instantly. "Unfortunately, many people die after hitting their head from a fall which is why hospitals perform CT scans if you present at the ER to make sure there is no intracranial hematoma (bleeding)." Whatever the case, Neil Petroff unexpectedly died and my thoughts and prayers go to his wife and family during this very di
Read more 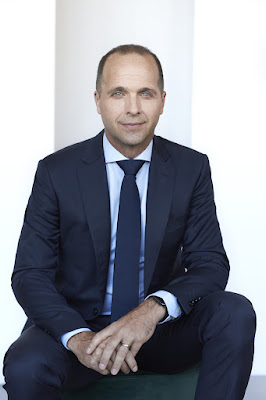