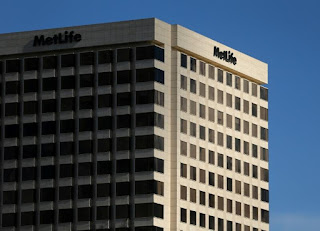 
The top securities regulator in Massachusetts on Monday said he has opened an investigation of MetLife Inc after the insurer revealed last week it had failed to pay pensions to potentially thousands of people.

“Retirees cannot afford to have glitches with their pension checks,” Massachusetts Secretary of the Commonwealth William Galvin said in a statement. “I want to uncover why this occurred and how MetLife is going to rectify the problem for the retirees.”

MetLife, which pledged to fully cooperate with regulators, said the standard way for finding retirees who are owed benefits is no longer sufficient.

“While it is still difficult to track everyone down, we have not been as aggressive as we could have been,” MetLife said in a statement.

“When we realized this was a significant issue, we launched an effort to do three things: figure out what happened, strengthen our processes so that we do a better job locating retirees, and promptly pay anyone we find - as we always do,” the company said. “We are now using enhanced techniques within MetLife’s retirement and income solutions business to better locate and promptly pay any group annuitant who may be entitled to benefits.”

MetLife said in a filing on Friday that it believed the group missing out on the payments represented less than 5 percent of about 600,000 people who receive benefits from the company via its retirement business. Those affected generally have average benefits of less than $150 a month, it said.

Less than 5 percent of about 600,000 people is still almost 30,000 with no pension payment. At least MetLife found the issue and reported it.

Last week, I discussed why fees are rising for underfunded corporate pensions where I mentioned that US corporations with fully funded pensions are offloading their pension plans, paying insurance companies such as Prudential (PRU) or MetLife (MET) to take them on instead:


Offloading risk isn’t on the table for every company. Insurers don’t take on obligations from underfunded plans, McDonald says. That means companies need to better fund their plans, limiting those variable-rate premiums, before they can transfer the obligations. “In the short term, these PBGC premiums are having a really significant impact,” she says. “This is in a way an expense-management exercise.”

Companies offload pension risk, and it's up to the insurers to manage those pensions, including the administration of pension payments.

[Note: Not everyone likes de-risking their corporate pension to offload it to insurers. There have been several lawsuits against companies trying to offload pension risk but they've all been dismissed.]

A well-run pension plan has people overlooking investments, liabilities, risks and the administration of pension payments.

Now, I don't want to make this a huge issue because at least MetLife found the problem, reported it and is presumably working hard to make sure this never happens again, but as more and more companies offload pension risk to insurers, these type of operational blunders are simply not acceptable. It's not just embarrassing, it could cost MetLife future business.

If you look at the shares of MetLife and Prudential, they've done alright this year but nothing great given the overall market is up a lot this year: 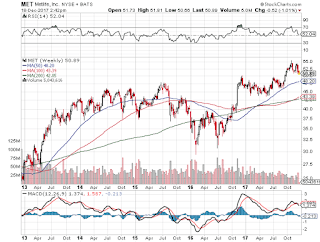 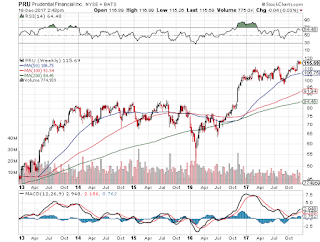 Insurers, like all financials, typically do better in a rising rate environment, as long as the yield curve is upward-sloping (they lock in gains, it's called net interest income).

Offloading pension risk is increasingly more important to these big insurers but it's still peanuts relative to their bread and butter, which is life insurance.

Insurers (and reinsurers) face many risks but like pensions, their biggest risk is a mismatch between assets and liabilities in a world where rates are at record lows.

The insurance industry has faced many headwinds this year, including soaring costs from hurricanes and earthquakes.

Still, it's an attractive sector for pensions looking for stable returns. In March. I wrote a comment on how the Caisse is betting big on insurance and water, highlighting the $4.3 billion deal with KKR for Onex's USI Insurance.

More recently, the Caisse invested more than $507 million in British insurer Hyperion Insurance Group Ltd and boosted its position in shares of Allstate Corp (ALL) by 2.0% during the third quarter, according to its most recent Form 13F filing with the Securities and Exchange Commission (SEC).

The Caisse has been shorting bonds for a few years now as it believes rates are rising over the next few years.

Given my personal view that global deflation is headed for the US, I'm not particularly bullish on financials (XLF), including insurers, going forward. I would be booking profits and going neutral or even underweight this sector as we head into the new year.

But with Dow 25000 in plain sight and Nasdaq 7000 already here, everybody is excited, so just "BUY MOAR STAWKS!" and hope the rally isn't nearing an end.

A slow gradual increase would be good for insurers and reinsurers but a marked decline in rates would be catastrophic for the industry. Stay tuned, more on that in 2018.