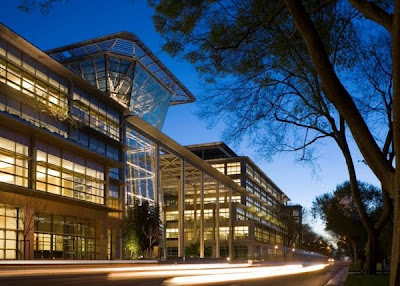 Calpers may be paying a price for its decision to help financially strapped local California governments.

The downgrade, made Thursday, in part reflected Calpers' recent spike in unfunded liabilities, following the fund's negative 24% return for the year ended in June. Calpers, the nation's largest public fund with about $200 billion in assets, last month delayed its efforts to offset those liabilities by agreeing to defer an increase in local-government contributions to the fund from 2011 until 2012.

Because Calpers doesn't have outstanding bonds, the downgrade's impact would be felt through Calpers credit enhancement program. The pension fund used its triple-A rating to guarantee the debt of various municipalities from California to New York City and Chicago in exchange for a fee.

Calpers' lower credit rating means it may have to reduce its fee. It may even lose some business if municipalities seek out a guarantor with a triple-A rating, industry experts said.

"We are confident this downgrade won't impact our ability to run our credit-enhancement program," Calpers spokesman Brad Pacheco said of the downgrade. Calpers has received $20 million in income from the program since its inception in 2003, he said.

Moody's also cut the credit rating of the California State Teachers' Retirement System to Aa3 from Triple-A. Calstrs also has a credit-enhancement program. Moody's said no other public pension fund has a long-term credit rating related to these programs. Standard & Poor's rates the short-term debt of Calpers and Calstrs.

Moody's said the credit-enhancement programs played a small role in the ratings downgrade. If a municipality in the program is unable to roll over its debt, Calpers is obligated to support the debt. A Moody's official said that this had occurred on more than one occasion for both Calpers and Calstrs in the past year.

The downgrade underscores the tough choices Calpers faces. Local governments pay a percentage of their payrolls to Calpers, based on the amount of benefits their employees receive.

Calpers is trying to reduce its unfunded liabilities, or the difference between assets and obligations, which were $35 billion before the 24% investment loss last year. Yet many California municipalities are struggling with their own budget pressures and didn't welcome higher contributions.

Separately, Calpers is weighing rate increases for state employers, which the board will discuss this week. Gov. Arnold Schwarzenegger would like the state to pay a large increase in 2010 to avoid paying even more in the future.

Moody's said the pension fund downgrades were also influenced by the recent deterioration in California's financial situation, which faces a $21 billion budget shortfall through June 2011. Moody's cut the state's credit rating by three notches this year to A2 from Aa2.

While the rating cuts could hurt the large California pension funds, the rally in equities has helped ease some of the pressure. Mark Carvey of the San Francisco Business Times reports that CalPERS says pension fund is up $40 billion since March low:

The California Public Employees’ Retirement System said Monday that it has earned $40 billion since the Wall Street lows of last March.

CalPERS assets stood at nearly $198 billion at the end of the third quarter, according to a report delivered by Wilshire Associates to the CalPERS board Monday. Today, assets stand at more than $200 billion, marking a $40 billion gain over CalPERS low of $160 billion in March.

“We are seeing some strong signs of economic growth that are having a positive impact on the value of our portfolio,” said Joseph Dear, chief investment officer for CalPERS. “While we are still cautiously optimistic, we are seeing some light at the end of the tunnel.”

CalPERS growth was aided by a number of factors including the fund’s exposure to U.S. and international equity and corporate governance investment funds that seek to turn around ailing public companies.

CalPERS Alternative Investment Management program –- or private equity investments -– reported a decline of more than 24 percent for the one-year period ended June 30, but showed a turnaround in performance for the quarter ended June 30 earning a 7.4 percent return.

What a reversal of fortunes! Only a few years ago, CalPERS and the rest of the pension fund community were all smitten about alternative investments. "More private equity, more real estate!" was the mantra of the day, and now, it's good old liquid public markets that are leading the charge. And I have a feeling this will be the case for a while.

So, will the improvement in CalPERS' overall performance mean that its credit rating will be adjusted back anytime soon? I wouldn't count on it. Those private market assets are a noose around their neck, and they better start thinking hard about protecting the gains and minimizing downside risks as we head into 2010 or else their good fortune will not last.