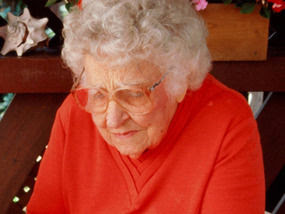 This time out of the UK where the FT reports insurer warns on pension savings:

Almost two fifths of those nearing retirement are not saving for it and will face a financial shock when they leave work.

The Real Retirement Report, released today by Aviva, the UK's largest insurer, also found that 20 per cent of those aged 55 to 64 still owed more than £75,000 on their mortgage.

The report found the age group had fewer savings and lower home ownership than the newly and long-term retired.

The Express reports that millions aged 55 to 64 are in a state of denial over pension poverty:

Millions of “pre-retirees” aged between 55 and 64 are being unrealistic about the size of their private pensions and living in a state of denial about their finances, experts say.

A study published today, found 40 per cent of that age group did not manage to save on a regular basis and had just £8,593 set aside on average – less than the recently retired and the over-75s, who have savings of around £13,957 and £18,748, respectively. Researchers found that one in four pre-retirees has a mortgage and in a fifth of those cases, it is more than £75,000.

Parents are increasingly remortgaging their homes to help children on to the property ladder or taking money out of their house to fund spending elsewhere as cash becomes tight in the recession, experts say.

According to insurer Aviva, which carried out the research, retirement is “a worrying time of financial and social change”.

Clive Bolton, of Aviva Life, said: “This report shows a worrying picture whereby those who are already retired are actually – to a large extent – financially better off than the pre-retirees.”

A separate study by Moneyfacts found monthly income from pensions has plummeted 70 per cent in the past 10 years. A 65-year-old saving £100 a month for 20 years into a personal pension retiring in January 2000 would have received £9,000 a year, it found.

What are these people going to do? Sell their houses, pay off debt, move into an apartment and live of 4% a year? Even if they invest it and are lucky enough to earn 5% a year, it will take a little over 14 years to double that money (rule of 72: 72/5=14.4). Of course, they can always work till they die but that's assuming they'll still have a job.

Maybe those young City and Wall Street quants can teach them how to trade these markets using "sophisticated" mathematical models and leveraging up 40 to 1. Come on guys, grandma needs some juice so she can retire in dignity. What do you say? Can you teach her how to trade like a hedge fund pro?

I am being factitious but the situation is getting worse with each passing year and nobody seems to care. When it hits, a whole generation will experience pension poverty. It's beyond sad, it's actually hopeless and highly disconcerting.

Down the road, some politician will say "remember that guy, Leo Kolivakis, he used to warn us of the looming pension crisis". Only problem is that it's already too late. Better hope asset reflation comes back with a vengeance or else we're screwed.